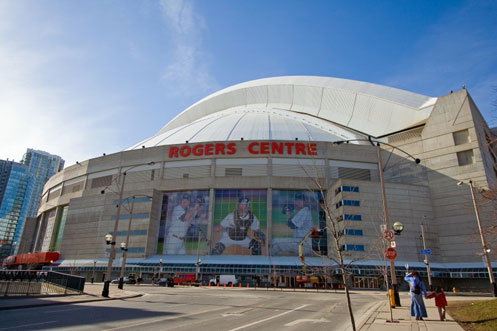 I scored some last minute tickets and hurried my way down to the RC last night. Here are 10 notes I made last night.

This impressed me. It was a fairly routine play, a ball hit down into the LF corner. Snider went in, pulled it out and fired the ball to second. The runner was safe by a mile. Yet Snider exhibited a good angle and great footwork on the pivot and throw into the outfield. I think I’m going to have to give Snider some defensive respect in the future. He may not get the greatest jump on balls or have blazing speed but all you can ask for once these two aspects are out the window is a proficiency in the technical aspects of fielding. He’s a young kid and he seems to be working on it. Kudos

Our one strike swing for that matter. Dude rips at everything all the time. I’d be wary if you own this guy in fantasy. I think he’s going to have to change his approach to be successful over a full MLB season.

Back in my MVP Baseball days for the PS2 I could hardly get my Create-a-player (CAP) to put up numbers like Ian Kinsler has so far. Sure fire AL Player of the Month in my eyes.

4. Pretty Quiet without the booze

The RC was a shade of its former-self without booze fueling the crowd. I’m sure many flasks were snuck in but things just didn’t have the typical drunken atmosphere that one associates with a Jays game.

I wondered if the fat cats up in the private boxes had to clear out all of their booze during these dry nights? During the game I craned my neck up to see if there was a drink or two present. I didn’t see any but not for the reason that I expected (hiding bottles, etc). I would say that only about one in five boxes had their lights on. I haven’t heard too much about box sales this season but the Jays have to be taking a hit judging from last night.

Back in the second Alex got a terrible jump on a ball that landed for a double. For those wondering, yes, I’m very hard on Rios. He’s the new goldenboy of the team and he just makes me wonder game in and game out. I’m not sure what his deal is. Cito needs to sit his ass down for a couple of games to get his head straight.

Loves to swing at the first pitch. Relax pal, you’re not going to jack the first pitch every AB. Cito needs to move him down to the #2 hole and force him to go deeper into AB’s.

I was somewhat surprised to see Brandon come out to pitch the ninth. Doc had only thrown 104 pitches at that point. League is on pace for just under 80 appearances this season. His MLB career high is 33. I’d take it easy with Brandon this season and try to limit him to 60 appearances. You just never know what’s going to happen with his history of arm troubles and up and down performances. (2005 – present seasonal ERA’s = 6.56, 2.53, 6.17, 2.18, 7.71)

It was pretty clear to me that the Rangers we’re playing an eight inning game last night. By the time the Jays had one down in the eighth the Rangers brought in their fourth relief pitcher and closer. I wish Cito had adjusted accordingly and had anyone but Barajas bat in a key situation.

I can’t recall ever seeing a team bring in a lefty specialist for one batter in the seventh inning that’s hitting ninth in the order (Snider). And this is exactly what the Rangers did last night when Snider led off the seventh. Cito, if opposing teams are making match-up moves with your nine hitter maybe you should slide Snider up a spot or two in the batting order.