2009 Zaun|Barajas Platoon would rule the earth 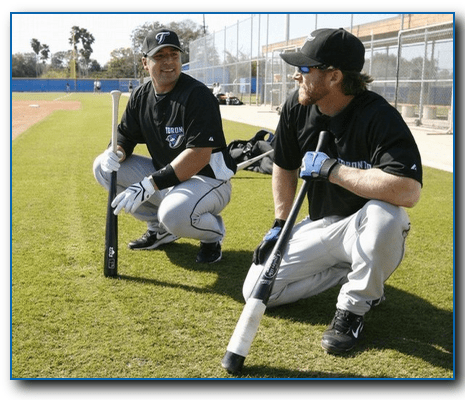 While I was livebloggin’ last nights tilt between the Rays and the Red Sox (which Boston won 6-3) fellow MUD writer Callum dropped by and started expounding the virtues of one Gregory Zaun. Thinking back on the recent implosion in the T-Dot, I wondered if the Jays would have been better off keeping Zaun and using him in a split with Rod Barajas?

It’s a well known fact that Rod is basically useless offensively vs righties (.636 OPS). Zaun is a switch hitter. Let’s put there numbers together and see what we get:

Wow. That’s one hell of an offensive catcher. This platoon combo would be in the top half of AL catchers in terms of OPS. Ok, it’s a perfect world scenario (with a smallish sample of 295 PA) but with the way this season’s gone I’ll take what I can get.