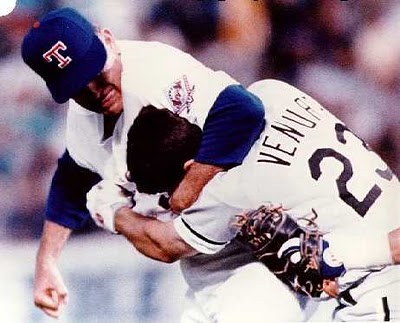 With pitch count being a legitimate concern (and some would say offensive strategy) I wanted to see how some of the Jays starters stacked up in the stat category pitches per out.

Of course pitches per out isn’t the worlds greatest stat. It doesn’t factor in type of out (flyball, linedrive, gb, etc), what’s happening to the non-out pitches (giving up a HR, etc). However, young pitchers are typically on a tight leash and at that point pitches per out can become a concern.

Criteria: Pitched at least 100 IP in the AL

Assumption: Heading in I assumed Cliff Lee would be #1 by a large margin, CC would be in the top three and that the Jays would have at least one, if not two, SP in the top 10 in AL Pitches per Out.

And Mr. Lee is in-fact #1 by a large margin. Surprisingly at #2 is Carl Pavano. #3 Jeff Niemann has thrown 3 more innings than teammate David Price in over 125 fewer pitches.

Ricky Romero checks in at #9. When he’s on he can throw nearly 8 IP at around the 100 pitch mark.

Surprisingly Marcum is in the middle of the pack (for AL standings). His semi-recent string of rough outings has wrecked havoc on his overall pitch per out stat. Morrow is near the bottom of the league. If (hopefully when) he controls his fastball & slider a bit better he’ll become more of an innings eater.

Jered Weaver is right near the bottom of the AL standings, averaging 5.73 pitches per out.Will he tire as the season continues?