I’ll admit it, I like free crap. Especially when it comes from a ballpark. It’s time to check out what the boys at Rogers corp are giving me for coming to the park in 2010.

The highlight of the year is clearly the Dave Stieb bobblehead giveaway on August 29th. (10,000).

I love the facial expression. Someone is hanging out over the plate and Stieb’s gonna make them pay. 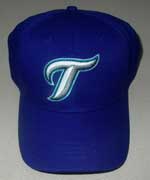 The only other tangible giveaways of the season (no screen caps available at this time):

The Jays will continue their longstanding tradition of Jr.Jays days during Saturday home games throughout the season.

A few theme games have been mixed in here and there, including fathers day, 80’s night, Canadian Armed Forces day and Irish Night.

Daytime games during weekdays this season will be known as “Jays@School” games, even for games taking place in August. Go figure.

And that’s it for the promos. Maybe I’ll purchase a few gift cards and receive a free bobblehead or two. Sounds good right? 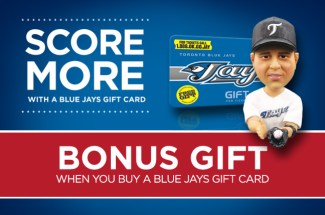 Well the players offered are essentially left-overs, with Johnny Mac being the only current member of the team. Other bobblehead options include BJ Ryan, Orlando Hudson, Reed Johnson and Corey Koskie!?!?

With the good stuff being limited to 10,000 units, it’s clear that the Jays FAIL with their 2010 promo schedule.