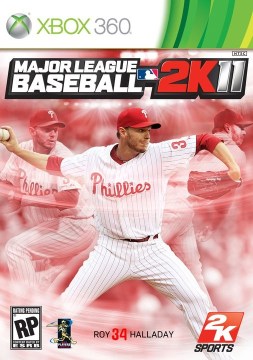 Take Two Interactive (ticker symbol TTWO) is back with what could likely be their second to last baseball game. Back in 2005 Take Two signed a seven year exclusive third party deal to create MLB video games across all consoles. This is why EA’s highly respected MVP baseball series was shelved.

Details are scarce at this point. The $1 million perfect game contest is back (first to record a perfect game on a predetermined difficulty setting wins $1 million) and our boy Roy Halladay is on the cover.

Taking advantage of their disappearing exclusivity, Take Two has applied to the ESRB (a video games ratings board) for a game titled MLB Bobbleheads Pros.

Video game site Joystiq speculates that this will be a downloadable only title. 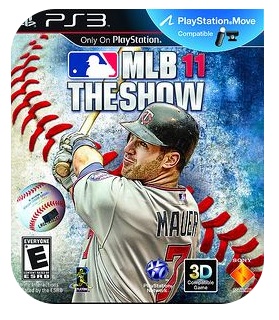 Playstation exclusive MLB 11 The Show is back once again. This time around the game adds 3D and Playstation Move capabilities to the PS3 version.

3D doesn’t set my world on fire but the inclusion of the ‘Move’ motion controller could make this one of the greatest interactive games of all-time.

For those using a regular controller, The Show will revamp their controller scheme in 2011, adopting the dual analog control system found in the MLB 2K series.

On the downside the game added Eric Karros as a play-by-play announcer.

Stadium specific features, ambiance. (Drunk College kids in the 500 level at the RC?) 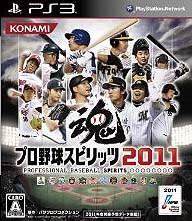 The popular Japanese series returns once again in 2011. North American PS3’s can play the game (which can be found via Play Asia or Ebay).

Judging by gameplay videos the game has a realistic japanese flavour. Crowd chants are loudly represented during gameplay. The Japanese also incorporate story telling and drama into their game feed & highlights. This game captures the feeling by showing numerous close-ups of players, managers, etc.

Here are a few videos from the 2010 Version

At this point that’s all I can find for upcoming NA console games. If I missed anything let me know via the comments.

In February/March (once demos are out) I’ll take a look at the PC/Mac based computer baseball sims such as Out of the Park Baseball & Baseball Mogul.