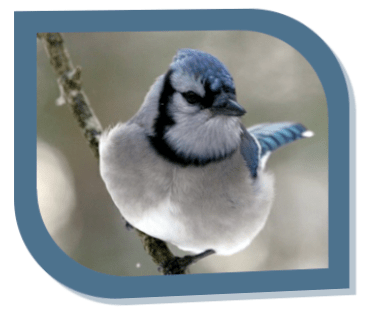 Team Record: 81-81. The loss of Marcum is offset by the growth of Brandon Morrow and the addition of Kyle Drabek to the rotation. That being said, the improvement of Boston and the overachieving Orioles under Buck Showalter will make it a dogfight for the Jays in the AL East.

Breakout Player: Rajai Davis. He was quoted this spring as saying “I’ve always had power but (hitting coach) Dwayne Murphy has taught me how to use it.” Last time we heard that sentiment it came from Jose Bautista. Expect a Curtis Granderson-type season, you heard it here first!

Player disappointment: Carlos Villanueva. He is going to get eaten alive in the big boy league.

Most likely to rebound: Adam Lind, only because Aaron Hill is so streaky and when he gets down he is so hard on himself.

Take away two poor months (May + June) and 2010 wasn’t that bad. He posted OPS above .800 in April, July and August and closed things out with a .752 mark in September. Adam will always strikeout and have difficulties with lefties but I can see him improving upon his .169 BABIP vs lefties. While we may not see a return to 2009 levels, Adam has just been too consistent at the MLB & AAA levels to not bounce back.

Chalk this one up to unrealistic expectations. JP’s D should be a big liability (see my Las Vegas Game Review from last season), to the point where the Jays will take away ABs. Add in the propensity to strikeout (356 times in 409 milb games) and I think 2011 will be a disappointment for Arencibia.

I’m tempted to be pessimistic this year to guard against irrational over-exuberance but I just can’t do it. I usually qualify all my predictions by saying that my intent is +/-3 to allow for luck – with that said I’ll call 88 wins.

Breakout? Snider. I have him making a run at 40 homers and leading the team in that category.

Disappointment? Hmm. The guy I’m most pessimistic about is Dotel, but I’m not sure how high the expectations ever were for him.

Rebound? Just because lingering injuries appear to tend to throw Hill off his best game, I’ll go with Lind. 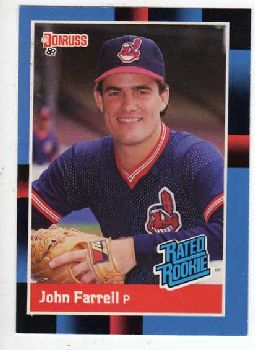 Question #2: You have John Farrell’s ear. Suggest your favourite on-field strategy for 2011 Jays

I don’t think there’s anything I could tell John Farrell that he isn’t already planning in implementing in 2011. He’s spoken ad nauseam about stepping up the running game, and I don’t think it’s just to contrast what Cito did, it’s because that’s a much better strategy than swinging for the fences. So long as he can get everybody on board and not just the speedsters, I think that will help the Blue Jays score more runs.

Also, Farrell shouldn’t be afraid to tinker with the lineup either. If he can find a happy medium somewhere between John Gibbons (who seemingly changed the lineup every day) and Cito Gaston (whose lineup may as well have been engraved on stone tablets), then I think the players will get the best of both worlds. If Adam Lind for example is clogging up the cleanup spot, by all means try something else to see if it works, but don’t have a knee-jerk reaction after the first five games.

My favourite strategy is one that it appears Farrell is poised to employ: relentless pressure! Pressure the defense, hit-and-runs, steals, double-steals, squeeze plays, aggressive baserunning with the threat of the long ball to keep the opposition on their toes. They are going to play like the Cuban national team did in both iterations of the World Baseball Classic – the blueprint for hustle and heart. I also feel that Farrell is going to have much more of a rapport with the pitchers than Cito had last year. Players in the bullpen will know their role and be better prepared to know when it is their turn to pitch.

Give the youngsters plenty to time to develop. Let Lind & Snider play everyday vs righties and even occasionally vs lefties. Test Arencibia with ABs and keep him in during tense defensive situations.

Let pitchers work deeper into ballgames. I can’t remember how many times last season a starter allowed 1 or 2 ER over 7 IP, only to be lifted in the 8th inning due to the magical 100 pitch count being reached.

Be aggressive but be smart about it. Much has been written about Farrel stepping up the running game and even playing a little small ball. Outside of a few players, I’m not sold that the Jays have the personnel to succeed with this brand of baseball.

Snider plays every day, and in RF until Lawrie makes the major league roster; if Zep MUST be in the bullpen, use him just like you would have used Downs until he shows he can’t handle it; use the sped game as much as possible except don’t get bunt-happy

Question #3. If you could fill two glaring holes on the Jays roster, what would they be?

One area that could use some improvement is the defense at first base. By all accounts, Adam Lind has been faring alright with his new position, but there were a few instances during the March 23rd game against the Yankees where his inexperience really showed. So to remedy that situation, I’d go out and pick up a sure-handed first baseman, but Alex Anthopoulos has already said Edwin Encarnacion would basically be the backup first baseman, so that’s almost a moot point.

The other area I would look to improve for the time being is the bullpen situation. Nobody anticipated so many arms to go down in Spring Training, and with Frank Francisco and Octavio Dotel on the shelf to begin the year, that really does leave a gaping hole in the bullpen. I think guys like Casey Janssen and Carlos Villanueva will do okay for the time being, but depending how long Francisco and Dotel are out for, the team could really miss those veteran arms in the bullpen.

If you could fill two glaring holes on the Jays roster, what would they be?

1. The back end of the rotation. Romero and Morrow are studs, but I am still not sold on Cecil and his drop in velocity concerns me. Litsch, Reyes, Richmond are about as useful as a bag of smashed apples and they look like it too.

2. Catcher. Arencibia is quoted as saying “everyone knows I’m going to hit.” (http://www.thestar.com/sports/baseball/mlb/bluejays/article/951489) Not so fast, kid. You’ve had ONE good season in the high-altitude Pacific Coast League. If he’s not careful, the AL East is going to shred him to bits. However, I do like the improved defense he has shown this spring under the tutelage of Don Wakamatsu. I project him as a serviceable major league catcher along the lines of Ernie Whitt but with a better arm.

AA has been cleared the system out of young power pen arms, choosing instead to beef up other parts of the roster and obtain backend innings on the cheap via discount free agents.

From a sabermetrical standpoint this has proven to be a great strategy. However, speaking purely as a fan, it’s always nice to see a pitcher come in, throw gas at 95+ and blow away opposing batters.

Perhaps Asher Wojciechowski and a few additional picks here and there can fill this role.

Bringing in young infield depth via trades can be costly. Hopefully AA and the Jays brass continue to stock up the infield via the amateur draft and international signings.

I don’t think there are any glaring holes if you assume that Lawrie will make Rivera a reserve (or an ex-Jay) before the All-Star break. I suppose the next most obvious opportunity to upgrade would be CF. If you could find a way to add a super-stud there, like Rasmus or Upton then yeah, i’d do that -but i don’t want to give the impression I think Davis is the second coming of Otis Nixon or something.