Please feel free to contact me via electronic mail at cal at mopupduty dot com, as well as the various social media channels listed below: 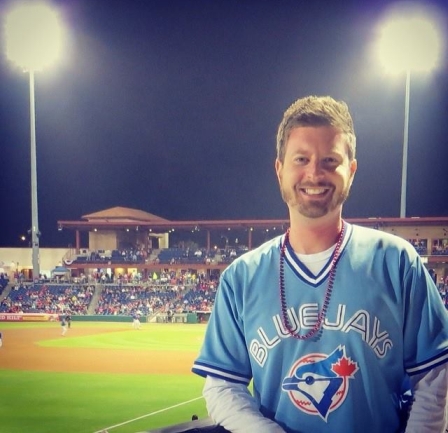 Major-League Comparison to Little League Career: Marco Estrada. While I didn’t have an overpowering fastball, I was able to get by on deception and control.

Best Game Attended In Person: Game 6 of the 1993 World Series

Favourite Play in Baseball: The walk-off home run, a strikeout to end the game, a base-runner thrown out by the right-fielder attempting to move from first-base to third-base

Why you had to retire from your baseball career: Shoulder impingement syndrome. But I continue to play in the LMBL

Favourite Baseball Movie: The Rookie (not to be confused with Rookie of the Year, which is rubbish)

Most treasured baseball related possession: There are so many, it is hard to choose just one. A Kelly Gruber signed baseball card.  Ticket stubs from game 6 of the 1993 World Series & the 1991 All-Star game. A Buck O’Neil signed baseball.  A vial of Chacin cologne.

Game I never saw I wish I had seen: Dave Stieb’s no hitter vs. the Cleveland Indians or the game Cal Ripken broke Lou Gehrig’s consecutive games played streak

First Major League game: Sometime in 1985 at Exhibition Stadium. It was the Blue Jays vs. Tigers, I believe