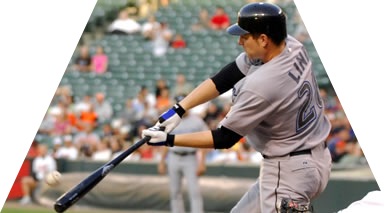 Coming off 2009’s breakout .305 average with 35 HR, to say Adam Lind is struggling at the dish is a gigantic understatement.

His average (.210) and contact rate are down considerably. He’s been virtually useless against lefties (27 K vs 3 BB, .297 OPS) and is striking out at career high levels.

Sometimes less is more. I’m going out on a limb here but I think projections, silver sluggers and overall “manliness” issues coming off of a 35 HR season have caused a change in Lind’s approach. 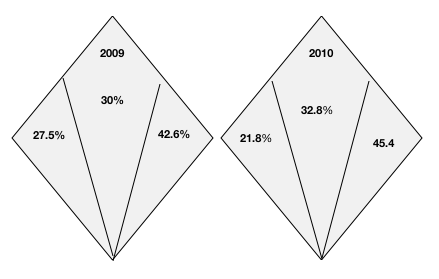 Lind is going the other way with less frequency in 2010, although not at mind blowing levels. His newfound pull approach could be the reason for the significantly lower CF LD% in 2010.

Adam’s putting the ball in the air in 2010. He’s also chasing pitches out of the zone at a high rate.

Lind’s down across the board but he’s getting killed on sliders and changes.

General Assumption: He’s gearing up to smoke fastballs over the RF wall. In the past his “deep in the zone” approach allowed him to thrive on offspeed pitches.

Obviously Lind needs to produce (or at minimum move down in the order) against lefties.

Outside of that I’d like to see Adam go back to his roots, spraying the ball with authority all over the diamond. Lay off a few more pitches out of the zone and hopefully Adam can get back on track.