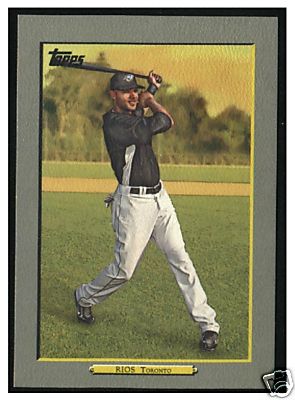 The Keyword(s) to Alex Rios 2009 success or failure is – Groundball Ratio. 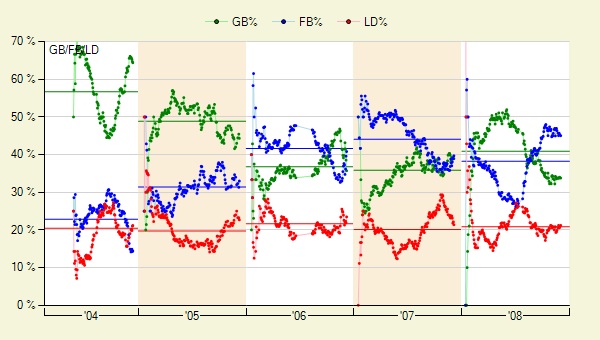 In 08 we can see that GB % is up considerably vs career norms. 2008 was the first season in Rios’ career where he hit more GB than FB.

When taking a closer look at the 2008 segment of the chart we can see a decrease in Rios’ GB as the year goes on and an increase in his FB.

We witnessed some of the rewards of the reversal in GB rates, as his second half OPS of .879 was close to .150 better than his .737 first half score.

This allowed his LD% in the second half to return to his yearly average of 20%.

I’ll be keeping my eye on Rios’ spring training and early season GB ratios. If he can drop the ratio back down to career norm levels then Jays fans should expect a return to the .850+ OPS levels of Rios 2006 & 2007 seasons. 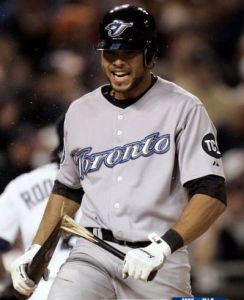