We take a closer look at the Toronto Blue Jays’ Director of Amateur Scouting, Andrew Tinnish. 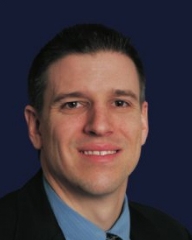 In the upcoming 2011 MLB draft, Blue Jays Director of Amateur Scouting Andrew Tinnish has seven of the first 72 draft picks as it stands right now.  Needless to say, this will be a defining moment for Tinnish’s career and for the Blue Jays franchise.

I first met the 34-year old Tinnish when I attended a try-out for the Brock University baseball team as a walk-on in 2001.  He was in camp assisting Coach Jeff Lounsbury evaluate players at the team’s preseason camp in August.  At that time Tinnish was a recent graduate of Brock’s Sport Management program and had just been hired as an intern with the Toronto Blue Jays.  He parlayed that opportunity into a scouting position, being hired by former Blue Jays’ GM J.P. Ricciardi as an area scout.  To advance from that point to his current position Director of Scouting in eight years? That is a rise that can only be described as meteoric. 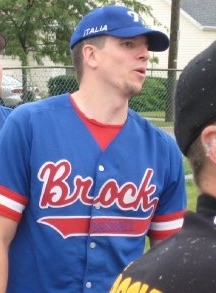 Tinnish’s baseball roots run deep as does his connection with the Brock baseball program.  He was a 1B/OF for Brock’s inaugural team in 1995 (a team that finished 2nd overall in the nation).  A member of the Badgers Baseball Hall of Fame, Tinnish is arguably the best player to ever don a Brock jersey.  Tinnish made the team as a walk-on (virtually unheard of in the Brock baseball program – think Rudy) and went on to set team records in almost all offensive categories.

Said coach Jeff Lounsbury on Tinnish’s time at Brock:  “When Andrew was at Brock, he hit outside everyday even in the winter, he had a pitching machine set up in a shed in back yard with netting all around, the guys would sit and feed that machine all day and night. Just a glimpse on how much he loves this game.” 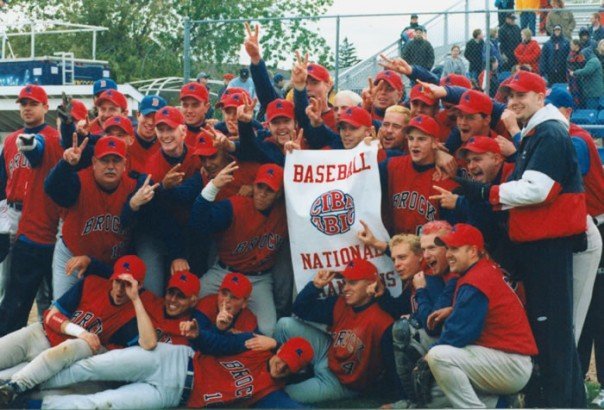 In 1999 Tinnish won the Brock Male Athlete of the Year award, the cherry on top of his final season at Brock. 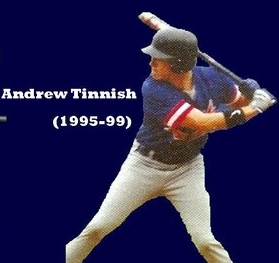 That summer Tinnish joined the Quebec Capitales of the Northern League, this time as a pitcher.  Although he didn’t fare so well in his season with Quebec, he learned what it was like to live the life of a minor league player earning $700 per month.  He also had the opportunity to explore and become familiar with other aspects of the game that he normally would not have been exposed to as a position player.  Following his minor league stint, Tinnish wanted to stay involved in baseball.

“I love the game and I felt like I had something to offer. I love the game like I love my family. I still walk around my house with a baseball bat. I have a ball in my car and I work on different grips while driving into work. This game is a part of me and always will be. Its an obsession.”

Tinnish was hired as an intern by the Blue Jays and then quickly moved into scouting.

“It was exciting and intimidating at the beginning. When you first start scouting you quickly realize that you know a lot less than you originally thought and I was entering an area scouting position with a bullseye on my back. This was January 2003 and Moneyball had just come out. JP [Ricciardi] promoted me to Area Scout so the perception was that I’m this office statistician coming in and taking a veteran scout’s job. I kept my mouth shut and my ears and eyes open. There is no substitute for experience and you can’t speed up time. The way I approached scouting, which still applies to me today, is that I try to improve every day. Try to learn something new, try to improve my process for breaking a guy down.”

Tinnish’s work ethic paid off when Alex Anthopoulos was hired as the Blue Jays’ new GM and quickly shuffled the front office, promoting Tinnish to the Director of Amateur Scouting.  Said Tinnish of the promotion:

A lot of young people who get into baseball have dreams/aspirations of becoming a GM.  I always wanted to run a scouting department.  Without question this is my dream job because I get paid to evaluate players and I can have an impact on the organization going forward.  As Scouting Director my main focus is to evaluate players and make the picks for the draft. But its a lot more complex.  From October to the middle of December I conducted about 100 interviews and hired 20 scouts.  We now have three national crosscheckers, five regional crosscheckers, 25 area scouts and three video coordinators on our staff. We’re the largest amateur scouting department in Major League Baseball… by far.  My main focus is to draft and sign players that will help win a World Series here someday… period.”

It is no coincidence that Tinnish’s draft philosophy mirrors that of Alex Anthopoulos.  That philosophy is to  support a strong scouting department and invest heavily in high-ceiling talent in order to compete with larger payroll teams such as the Red Sox and Yankees.  Tinnish walked the walk in 2010, his first draft as Scouting Director.  According to Baseball America, Toronto signed its 2010 draft picks to bonuses worth $11.6 million.  However, spending loads of cash doesn’t necessarily guarantee high-impact players:

“The position we’re in, the division we’re in, I think this is an area where we need to be very aggressive and acquire as much talent as we possibly can,” Tinnish said. “[We] hope that that talent helps us in the big leagues or helps us to trade for big leaguers to eventually win the division

“We don’t have an unlimited budget, we don’t have unlimited payroll,” Tinnish said. “I think that for a team like us and the position we’re in … we need to draft well.”

Tinnish places a great deal of emphasis on player makeup when evaluating which players to draft.  In baseball, the term “makeup” refers to the character a player possesses.  Work-ethic, compettitiveness and integrity are all highly valued.  This constitutes a considerable amount of work that lasts all year long.

Our scouts are contacting summer coaches, coaches, teachers, teammates, things like that. At the end of the day, you have to make the decision yourself on what you see with your eyes and talking with the player, meeting with the player. But at the same time you take pieces of information from other people as well. Some guys will trick you, but we do our best to come up with the best possible decision.

While the position of Scouting Director is a highly demanding job,  Tinnish still finds time to help with Brock’s baseball program.  He continues to provide consultation to Brock’s coaching staff when available.  His assistance helped Brock capture its third OUA Championship. 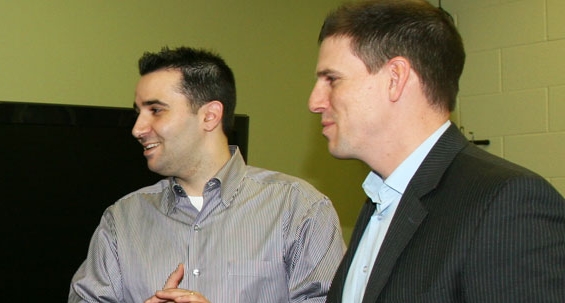 We can expect more of the same from Tinnish in this year’s draft.  Large signing bonuses for high-ceiling talent with tools projected to grade high.  With 7 of the first 27 picks in the ’11 draft, it will be of particular interest to even the casual Jays fan.

Below Tinnish speaks with the Fan radio station in Toronto about the 2010 draft results: