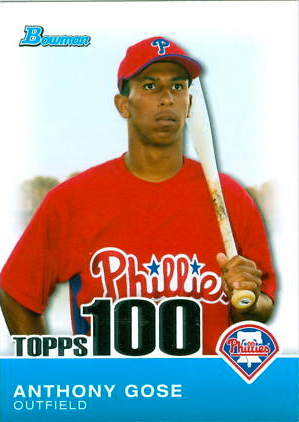 Note: Obviously I haven’t seen Gose in live action. Assumptions on skills have been made via the various scouting comments from around the web and inner baseball circles.

Speed: Both are speed demons, grading out near the top of the scouting scale.

Fielding: Both are above average fielders. Crawford has trouble with his off the bat reads but makes up for it with his speed (thus his permanent spot in LF). Gose’s TZR (total zone rating) isn’t anything to write home about in the minors but one has to question the quality of fielding stats & information at the lower minor league levels. 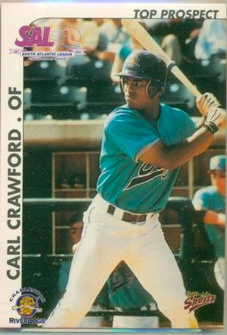 Arm: Gose’s bread and butter. He already has 15 assists. To be honest, this high number almost makes me question his arm strength. Why do teams continue to run? Crawford’s currently 8th in active outfield assists by a LF and his arm would be considered plus for his position.

Age: Gose will turn 20 on August 10th. I expect he’ll repeat high-A at the beginning of next season. At 19 he’s still one of the younger players in the FSL. Crawford (born August 5th) shot through the minors, playing in the Sally at age 19, AA at 20 and in the majors at 21.

The stats are somewhat similar. Crawford hits for a much higher average but that’s one of the few differences. Both have similar K/BB ratios, low power output and questionably stolen base ratios (CC’s 2001 for example). 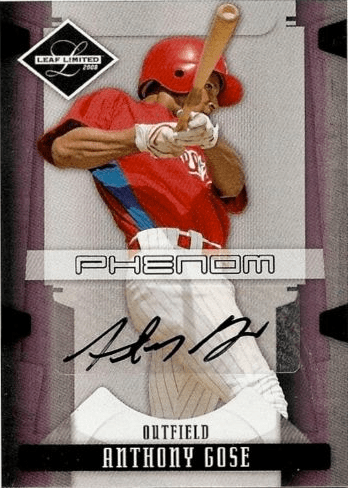 Based upon the stats, body types & skill sets the Gose / Crawford comp isn’t too far stretched. Both are toolsy players.

CC is one of the handful of tools players to put it all together in recent memory. Can Gose follow in his footsteps?