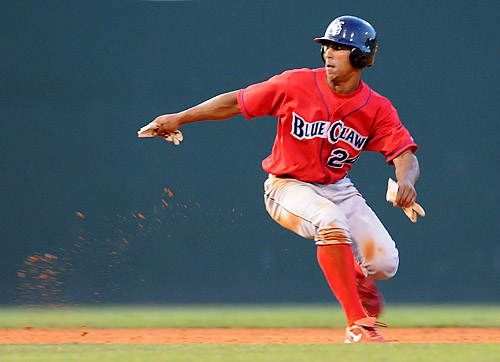 Today the Blue Jays traded 1B prospect Brett Wallace for OF prospect Anthony Goes.  Here’s a look at what they acquired in Gose.

Anthony Gose was selected by the Phillies in the second round (51st overall) in the 2008 First-Year Player Draft.Gose is a player who thrills scouts, despite a unimpressive line of .266/.324/.393 in 88 Florida State League games. He’s a plus-plus runner who many think will develop some power, although he certainly comes with some risk.  His overall game is maturing, as he’s showing a more patient approach and also is driving balls more, but something has gone sour in the stolen base department.

Gose is a great athlete and one of the fastest players in the minor leagues.  What is impressive is that Gose led the minor leagues in stolen bases last year with 76 and was caught stealing 20 times when he batted .259/.323/.353 for low Class A Lakewood.  Considering he walks back to the plate in approximately 70% of his at bats, 76 steals is a fairly high number. This year his caught stealing % has been atrocious, stealing 36 while being caught 27 times.  Keep in mind though that many of those  caught stealing numbers have been pickoffs as Gose has been working on mechanical issues and reading pitchers.

Anthony Gose had attracted first-round attention out of high school as a left-handed pitcher who would pitch at 92-96 with a potentially plus curveball, but he insisted he wanted to go out as a position player and remains more tools than performance at this point. He struggles to recognize offspeed stuff and doesn’t walk and, despite good leverage in his swing, has hit for almost no power in over 1000 pro plate appearances. He wraps his bat but does have good hand speed and seems to recover well once he gets his bat started. He’s a plus runner, but his 57 percent stolen base success rate this year is comically bad, and while he can run enough for center, his feel for the position isn’t great. He’s headed to Toronto in a side deal that could not possibly make less sense to me.

[Wallace is] twice as valuable a prospect as Gose. Despite concerns over his lateral mobility, he’s a capable first baseman who will hit for average, get on base and have enough power to be an above-average or better player there. 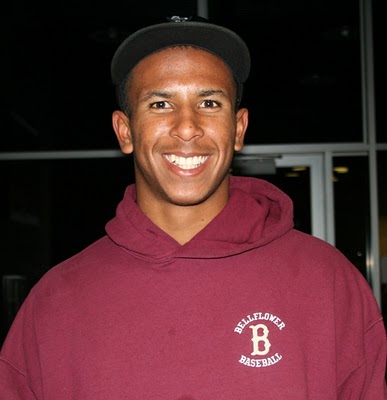 While he remains an unfinished product with the bat, his speed, center-field defense and arm all draw raves from scouts—and even a few 70s on the scouting scale. His tools are apparent in his standing in the Florida State League. Gose ranks second in the circuit with 36 steals (one behind Jupiter’s Kevin Mattison) and 15 outfield assists, while pacing all FSL batters with 67 runs scored and 11 triples. He employs a slashing hitting style that lends itself to below-average power, though he will occasionally sting one the other way. Gose’s pitch recognition needs signficant refinement if he’s to profile as a true on-base-oriented leadoff batter, and the Blue Jays (and before them the Phillies) are betting that it will, given his athleticism and baseball acumen. 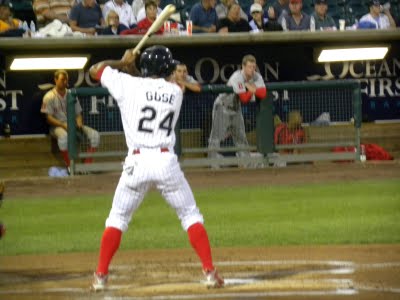 ESPN’s Rob Neyer doesn’t call Gose a TOP prospect, but just a prospect.  Regarding his base stealing slump, Neyer has this to say:

My guess is that he’s grown out of his base stealing body, and the Jays should forget about getting a guy who steals bases like Carl Crawford and plays center field like Michael Bourn. My guess is that while Gose will still be fast, two or three years from now, he’ll have to hit to justify an everyday job in the majors. You know, because the most important tool — or if you prefer, skill — is hitting.

Has Gose made any progress this season? His power’s up a notch, but so are his strikeouts. He’s only 19 and maybe he’ll figure it out. But at this point, he’s little more than a gleam in the scout’s eye.

Neyer goes on to reference John Sickels of Baseball America, however the quote is from last winter:

“Like many of the raw tools players collected by the Phillies in recent years, Gose has trouble with the hitting. His plate discipline is poor, and for a guy who hit just two homers last year, he takes big cuts at the plate and is prone to strikeouts.”

Alex Anthopoulos on the trade: “Anthony Gose right now is a young man who is a little bit raw and a little bit crude but we’ve seen this guy extensively for 2 years know, we know the makeup – he’s got great leadership abilities, he has a swagger to him, a confidence to him.  We think this is going to be a dynamic player and one that’s going to be a part of this organization for a long time.”

Gose has the potential to be an impact center fielder in the future. He is not close to being ready for the Majors like Wallace — one of baseball’s top corner infield prospects — but Anthopoulos felt the organization’s depth in center field was thin.

“It’s a premium position,” Anthopoulos said, “and an athletic center fielder with outstanding competitiveness, makeup, leadership skills. He’s someone who’s in a tough league at a young age, but really a guy who is a game changer.”

Anthopoulos added that his army of scouts returned with consistently high ratings on Gose, who will report to high-Class A Dunedin in the Jays’ system. Anthopoulos went as far as saying that Gose has even drawn comparisons to Rays outfielder Carl Crawford.

“All of our scouts came back and raved about him,” Anthopoulos said. “From a consensus standpoint, every one of our scouts thought this was going to be an above-average, All-Star-caliber center fielder. We don’t have too many reports that are unanimous that way.”

As Shi Davidi stated on Twitter, if Gose compares to Carl Crawford then you have to make this deal.

Jordan Bastian reports that Gose will be assigned to Class-A Dunedin.

Morgan Campbell of the Toronto Star chimes in:

Jays general manager Alex Anthopoulos knows giving up Wallace was a steep price, especially since he had been penciled in as the club’s first baseman of the future, but says top-flight centre fielders are next to impossible to trade for at the big-league level. To acquire one, he says, you need to gamble.

Gose, who turns 20 next month, is already in his third season of pro ball, but Anthopoulos says the Jays have no timetable to rush him to the pros.

For the Jays’ GM, the most important factor is that Gose, who will make the short drive from Clearwater to join the Dunedin Blue Jays, has the natural athletic ability and elite player potential that the Jays’ minor league outfielders lack overall.

His 112 stolen bases over the last two seasons indicate he has a lot of speed, but the 47 times caught stealing hint he’s still learning to use it.

Either way, Anthopoulos said beyond the raw stats lies a talented centre fielder the Jays think will blossom into an elite major leaguer.

“(Gose is) someone who’s in a tough league at a young age, and is really a game-changer,” Anthopoulos said 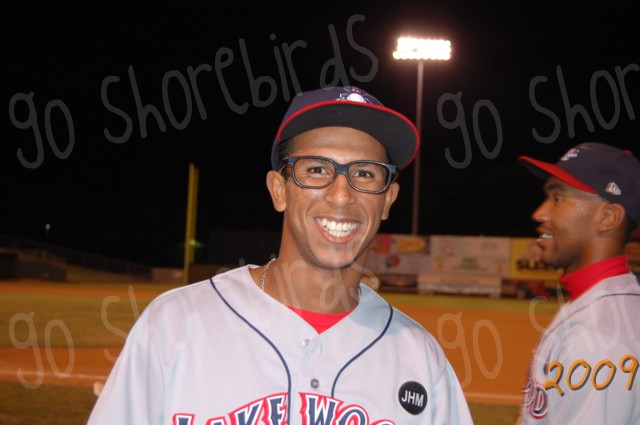