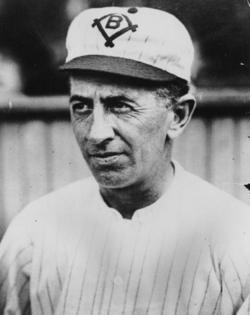 “Keep your eye clear, and hit ’em where they ain’t” – Willie Keeler

Willie Keeler’s advice led him to having a career batting average of .341, good for 14th on the all time list.

K is for Keeler,
As fresh as green paint,
The fastest and mostest
To hit where they ain’t.

With his career .341 career average, Keeler had a BAbip of .340.  What is BAbip you ask?  According to Baseball Prospectus:

A hitter’s average on batted balls ending a plate appearance, excluding home runs. Based on the research of Voros McCracken and others, BABIP is mostly a function of a team’s defense and luck, rather than persistent skill. Thus, hitters with abnormally high or low BABIPs are good bets to see their performances regress to the mean. A typical BABIP is about .300.

Home runs are not included in the calculation since HRs are technically not in play (the ones that clear the fence, anyway).  Pundits often use BAbip to predict whether a hitter will  improve or decline in an upcoming season, or use it to explain whether a player’s season was a fluke or not.  For instance, one might say that Aaron Hill’s 2010 season was a fluke (in a bad way) and that he should be expected to rebound for 2011 since his BAbip was so low compared to that magic mean level of .300.  In other words, he was very “unlucky” in 2010 and his luck is bound to turn around sometime.. right?

We’ve seen it happen before, in fact.  Case in point: Nick Swisher.

Swisher had an Aaron Hill-type batting average in 2008.  Regardless, the Yankees traded for him.  Did they know something the rest of us didn’t? Well, yes and no.

The Yankees knew that Swisher was remarkably unlucky in 2008.   It was a classic buy-low move and as Swisher’s BAbip advanced towards the mean, he became a productive player for them.

That being said, it is important to realize that just because a player has a BAbip over .300, it doesn’t necessarily mean that in future seasons it will regress to the mean.  Swisher’s career BAbip was .283 before being acquired by the Yankees so there was a good chance that it would improve, and it did.

Take a look at the following list.  I’ve used Baseball Reference’s play index to compile a list of players over the last 50 years with the highest career BAbip.  I chose the last 50 years because I wanted to avoid an era where weirdo ballparks were in play such as the Polo Grounds, Ebbets Field, League Park etc. that tend to skew results.  Players had to have a minimum of 2500 plate appearances for the sake of sample size.  Here are the top 39 (that was the amount that would fit on my screen): 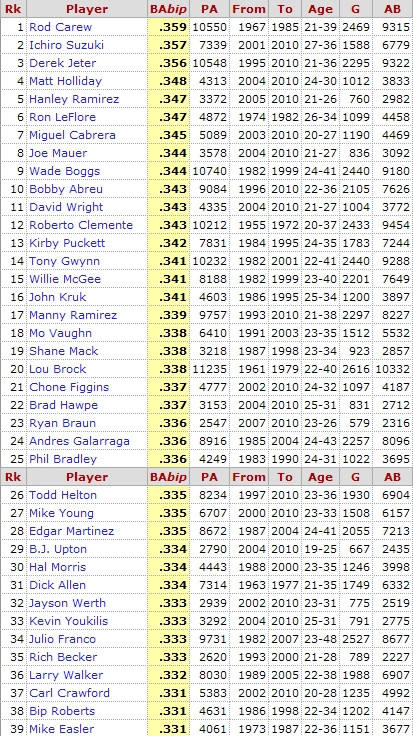 Quite a list of studs, especially the top 3.  Rod Carew, Ichiro Suzuki and Derek Jeter have all made careers out of following Willie Keeler’s advice of hitting them where they ain’t.  The reason their BAbips are so high is not because they are so lucky or benefactors of a statistical anomaly.  It is because they are studs when it comes to hitting, pure and simple.  I don’t expect Ichiro to have a .300 BAbip next season because his mean is on a whole other level than everyone else.

Ichiro can place the ball anywhere he wants, almost at will.  Derek Jeter has a terrific 2-strike approach.  How many times have we seen Jeter take a fastball with 2 strikes and go the other way,  depositing it in right field for a base hit or double down the line?  This is what makes for a high BAbip.

Aaron Hill on the other hand.. it is possible his mean is only around .200 since he consistently relegates himself to pop-up duty.  The way his swing is now, he has difficulty squaring up the ball and is predisposed to hit pop-ups that result in outs.  Each player should be analyzed on an individual basis.  Don’t get sucked into the magic .300 level as a bar when measuring a player’s worth.  Instead, play attention to what their career BAbip is.  Unless, of course, they have significantly altered their approach at the plate.  It is important to remember that BAbip is not the be-all and end-all.  Like the great Vin Scully once said, “statistics are used much like a drunk uses a lamppost: for support, not illumination.” 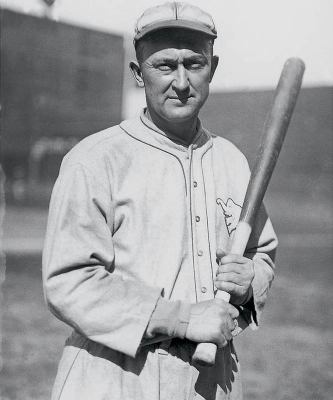