Since we are a Canadian-based baseball blog, we often take for granted that our audience is familiar with the particulars of the Canadian game.  We are now the Toronto Blue Jays affiliate on ESPN’s SweetSpot blog network, and as a result, we have been exposed to a new readership – many of whom are American.  With Canada having to qualify for the 2013 World Baseball Classic, now is as good a time as any to explore the rich past and riveting present of Canadian baseball.

The first recorded baseball game in Canada took place on June 4th, 1838 in Beachville, Ontario – a full one year before a game in Cooperstown was played. (source)  At least, it resembled baseball – five bases were used instead of four.  Eventually, south-western Ontario adopted baseball of the four-base variety in the 1860s.  The London Tecumsehs of London, Ontario, were original members of the International Association and won the inaugural championship in 1877 – defeating the Pittsburgh Allegheny.  The first Canadian to play in the Major Leagues was native New Brunswicker Bill Phillips.  In fact, Bill Phillips was generally accepted to have been the greatest Canadian first baseman ever – that is, until Justin Morneau and Joey Votto came on to the scene.

Canada was a minor-league baseball hotbed in the early-to-mid 1900s, peaking with 24 minor league teams in 1913.  At least 75 Canadian cities and towns have played host to minor and major league franchises, most of them being franchises of, or affiliates for, American-based leagues.  The Toronto Maple Leafs – affiliates of the Philadelphia Phillies – were the most successful minor league franchise, having won 15 International League pennants.  The Montreal Royals – affiliates of the Brooklyn Dodgers – won the IL pennant 11 times and won the Junior World Series three times.  Perhaps the most memorable moment in Canadian minor league baseball occurred in 1946, when Brooklyn Dodgers general manager Branch Rickey assigned Jackie Robinson to the Montreal Royals.  Robinson would famously go on to break Major League Baseball’s colour barrier the following year in 1947. Canada not only accepted Jackie and his wife Rachel, but embraced them.  During his season in Montreal, Jackie led the Royals to the International League championship and became a beloved figure in the city.  He hit .349 with 113 runs scored and 40 stolen bases.  In Ken Burns’ documentary film Baseball, the narrator quotes Sam Maltin, a sportswriter for the Pittsburgh Courier:

“It was probably the only day in history that a black man ran from a white mob with love instead of lynching on its mind.”
source 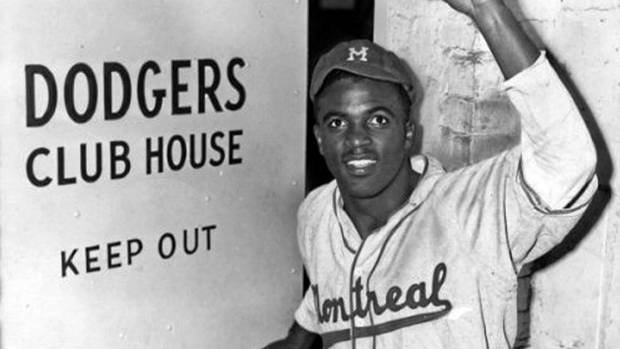 Canada’s first baseball governing body was formed in 1964 and was known as the Canadian Federation of Amateur Baseball.  Today it is now known as Baseball Canada.

While baseball was widely played in Canada, the American major leagues did not include a Canadian team until 1969, when the Montreal Expos joined the National League (the London Tecumsehs, incidentally,  were refused admission to the National League in 1877 because they refused to stop playing exhibition games against local teams). The Expos enjoyed a widespread following until 1994 (when the Expos owned the best record in baseball) when baseball’s devastating player strike occurred.  After the strike shortened year,  a series of poor management decisions, disputes with the city, and neglect by the ownership caused the Expos to be routinely last in MLB attendance. In 2004, the Expos, then owned by MLB itself, moved to Washington, DC and became the Washington Nationals.

In 1977, the Toronto Blue Jays joined the American League. They later became the first Canadian-based team to win the World Series, winning back-to-back titles in 1992 and 1993. 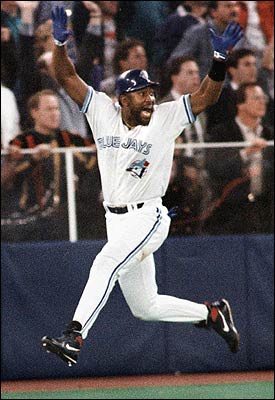 Some of the more notable Canadians to play in the Major Leagues include:

The greatest Canadian player of all time is most likely Ferguson Jenkins.  The Chatham, Ontario native was inducted into Baseball’s Hall of Fame in 1991. He won 284 games, amassed 49 shutouts, captured the National League Cy Young award in 1971 and finished his career 11th on all-time strikeout list.  A notable absentee from the Hall is Tip O’Neill.  James Edward “Tip” O’Neill,  a Woodstock, Ontario, native, remains the only Triple Crown winner not enshrined in Cooperstown. A career .326 hitter, O’Neill batted .435 for the St. Louis Browns in 1887 to go along with 14 HR and 123 RBI.  Larry Walker is likely Canada’s greatest position player; he has an outside shot at becoming enshrined in baseball’s Hall of Fame. 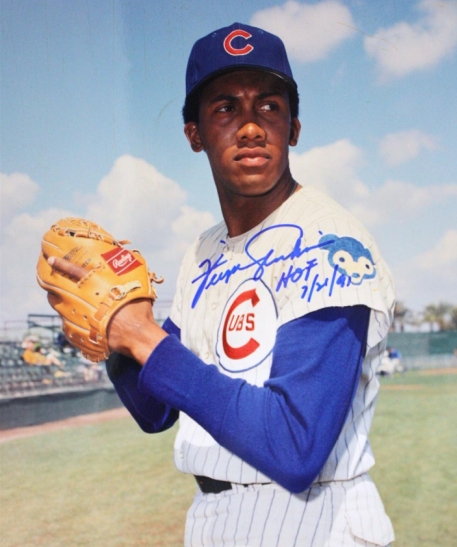 Canada’s baseball hot-bed is undoubtedly the west-coast province of British Columbia.  Current Major Leaguers Brett Lawrie, Jason Bay, Ryan Dempster, Jeff Francis, Rich Harden, Justin Morneau, and Michael Saunders all hail from BC.  The summer weather in British Columbia is generally more hospitable to baseball than the rest of Canada, and BC is home to an extensive youth player development program.

Over the years, much has been made about the style of play of the Canadian baseball player.  Since hockey is clearly the #1 sport in Canada, baseball players from the great white north are often labelled with the silly “hockey mentality” moniker.  Because baseball players from Canada have a reputation for playing hard, it is automatically assumed that this is a by-product of a genetic code –  distinctly Canadian – that is predisposed to hockey playing.  Take Brett Lawrie, for example.  The hard-nosed Toronto Blue Jays third baseman has been accused of playing the hot corner with a hockey mentality.  Truth be told, he’s never played the sport.  Take a player who plays equally hard as Brett Lawrie:  the Washington Nationals’ rookie Bryce Harper.  Does he ever get accused of playing baseball with a hockey mentality?  Of course not.  Canadians play baseball the way it is played the world over – with a baseball mentality. 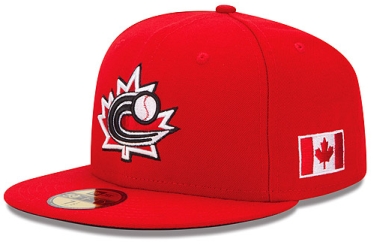 Canada has had a disappointing, yet exciting run in both iterations of the World Baseball Classic.  In 2006,  Team Canada garnered a memorable 8-6 victory over the U.S., followed by an 11-8 win over South Africa.  However, a 9-1 loss to Mexico took the wind out of the team’s sails and earned the team an early exit out of the Classic.

In 2009, Canada hoped to make the most of home-field advantage with their Pool being held at the Toronto Blue Jays’ home ballpark, the Rogers Centre. I attended the game vs. the U.S. and it was one of the most electric games, in terms of atmosphere, that I have ever been witness to. The U.S. got their revenge on Team Canada by narrowly defeating them 6-5 in front of the home crowd.

Canada then experienced an excruciatingly disappointing loss at the hands of Italy, losing 6-2. 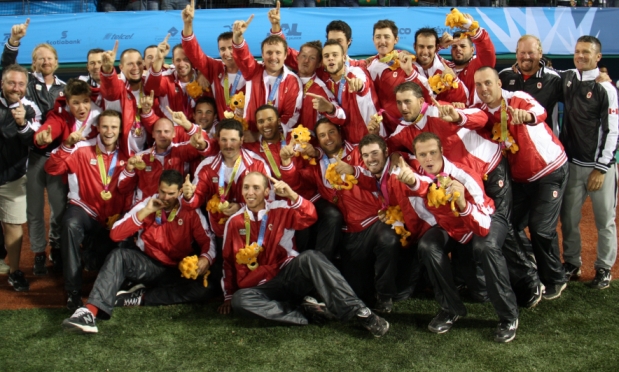 In an article penned by Canadian Hall-of-Fame writer Bob Elliott in March of this year, Elliott wrote that Canada is not a lock to qualify for the 2013 World Baseball Classic:

Since the four-team, pool takes place Sept. 20-24 in Regensburg, Germany, you can scratch Joey Votto, Brett Lawrie and Justin Morneau from consideration.

And forget about Canadian minor leaguers on 40-man rosters like Phillippe Aumont and others, since they’re not eligible.

Will older minor leaguers commit — help Canada qualify when they know they likely won’t be considered for Canada’s WBC roster when the major leaguers can play? It’s one thing playing for a medal, something else to drive the car to the dance and being told to stay in the car.

The team is currently training together in St. Petersburg, Florida, before they depart for Regensburg, Germany, on September 17th.  Canada opens the 2013 World Baseball Qualifying tournament against Great Britain on Thursday, September 20th, while the Czechs will play Germany in the six-game modified double-elimination format.  Starting for Canada will be Shawn Hill.  He’ll likely be followed in the rotation by Andrew Albers and James Avery. The team will be managed by Ernie Whitt, who will be joined by coaches Larry Walker, Denis Boucher, Tim Leiper and Director of National Teams, Greg Hamilton.  Sportsnet One will be carrying all of Team Canada’s qualifying games.