With the first qualifying round of the 2013 World Baseball Classic set to begin in two weeks, I’ll be updating older country profiles and adding new ones in the coming weeks.  With Spain already in the books, the next country on my list is France.

Like most other countries outside North America, baseball was brought to France via soldiers that were stationed there.  In particular, it was the Canadian and American troops that played the game in World War I, and an amateur league was first formed in 1912 consisting mainly of ex-pats.  Although France was introduced officially to baseball by entrepreneur/baseball equipment maker A.G. Spalding in 1889, his effort made little inroads.  The French Baseball Union, formed in 1912, enjoyed immediate success.  While the circuit was decidedly Paris-centric, a game between Vésinet and Dieppe drew 3,000 spectators.

That success waned in 1914 when France became a focal point in the struggle between the Western Front and German-led Central Powers.  While the league went on hiatus, baseball took a firm foothold among the French soldiers as the Canadians used the intermissions between battles to practice the American pastime with allied troops.  The arrival of American GIs in 1918 did even more to widen the sport’s reach in France.  Rouen, the capital of Normandy, became a baseball hotbed. A game between two American teams drew 20,000 fans.  The popularization of the game can also be credited to Major League players who were serving in the military in France:  Christy Mathewson, Grover Cleveland Alexander, George Kelly and Jonny Evers.  With funding from Clark Griffith, owner of the Washington Senators, Evers staged exhibitions throughout the country.  While Mathewson was happy to help promote the game, he was not impressed with the French players.  In an interview with the Washington Post in 1919, Mathewson remarked:

“I don’t believe you could pick up a first-class catcher in all of France.  They’re more afraid of a hard-hit liner or grounder than they are of a hand grenade or a German 77 [artillery gun].”
Source

The game plateaued following the conclusion of World War I and would not re-emerge until the allies liberated France in World War II. The French formed a national team to compete in the European Championships in 1955 but was far from competitive.  The battle to represent France on the continental stage was between two clubs – Paris and Nice – who captured 26 of 28 French Championships between 1955 and 1992.  These two teams attracted the top talent, and as a result, the level of domestic play devolved greatly. 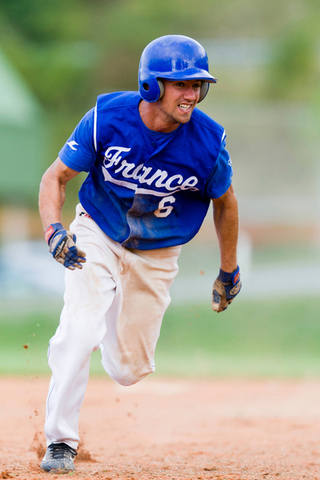 Fortunately for French baseball, all things American became trendy to the French in the 1980s.  Said writer Miles Hyman:

“Baseball, as the embodiment of Americana, was fashionable.  Baseball, along with Apple Pie and Chevrolet, is one of the cherished icons of the American Dream.  The American Dream is incontestably the hottest-selling thing.  It may be that to some extent that it is baseball’s ‘exoticism’ that appeals to the French.” – Giants Magazine, 1988.

In 1976, there were only 21 baseball clubs in France.  By 1987, that number rose to 170.  In1990, French teams began to recruit foreign talent to increase the level of play.  The most notable recruit was Canadian Jeff Zimmerman in 1994.  Zimmerman joined Montpelier and used his time in the French Elite League to refine his slider.  Using the French Elite League as a springboard to the Major Leagues, Zimmerman took his new-and-improved slider from Montpelier and began plying his trade in middle-relief for the Texas Rangers organization. Three seasons after leaving Montpelier,  Zimmerman was named an All-Star in 1999 with an 8-0 record and a sparkling 0.86 ERA.  He was named the Rangers’ closer the following season and recorded 28 saves.

The domestic league in France is called the French Elite League and it is comprised of eight teams scattered throughout the country: Rouen, Montpellier, Savigny, Sénart, La Guerche, Toulouse, Montigny, and Clermont-Ferrand.  The Rouen Huskies have dominated the French Elite League for most of the past decade, winning 9 of the last 10 league titles.  The level of play is comparable to NCAA Division II or III – on a good day. 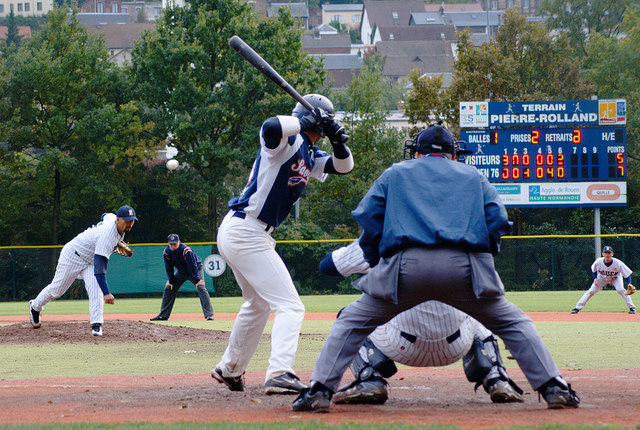 Like the Intercounty Baseball League in Canada, most players in the FEL are unpaid and are native amateurs who fit baseball into everyday lives.  Said Rouen’s team President Xavier Rolland:

“They have children, they’re working, and besides, they’re playing for the beauty of the sport.”
source

Teams are financed by local and regional governments and few sponsorships..  The league – apart from the name – is similar to the Spanish Elite League in many ways.  All games are played on weekends in a double-header format, teams are permitted import players (although they are limited to three), and the champion of the French Elite League moves on to represent France at the European Cup.

Where the French Elite League differs from the Spanish Elite League lies firmly in the sport’s popularity.  While a Spanish playoff game can draw upwards of 3,000 (or more) fans, French games are typically limited to 35-40 spectators.  Baseball remains firmly on the outskirts of France’s sporting landscape.

Since 1999, the French have remained in the top half of all European baseball-playing nations.  In 2007, Rouen became the first French club to make the finals of the European Cup club championships, losing to the Netherlands 3-1 in the final.  Rouen centrefielder Joris Bert became the first French player to be drafted by a Major League team, having been selected in the 19th round by the Los Angeles Dodgers in the 2007 first-year player draft. 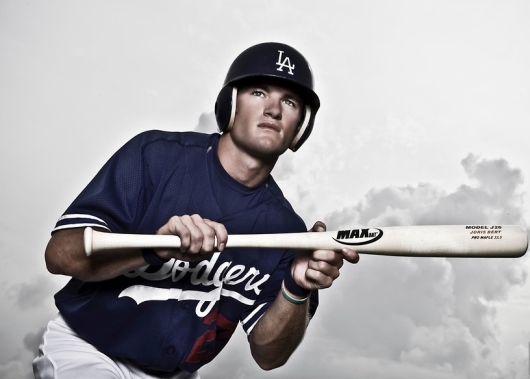 On September 19th, France will be participating in Qualifier 1 in Jupiter Florida, along with the aforementioned Spain, Israel and South Africa.  France received a shot in the arm when it was announced that former Los Angeles Dodgers closer Eric Gagne would be joining the team as pitching coach.  They’ll be in tough – it is expected that more than 75% of France’s roster will be amateur players from the French Elite League, among the highest percentage of amateurs of any team in the tournament. 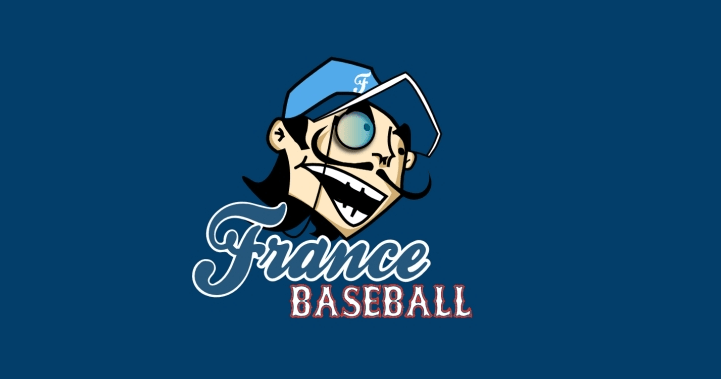 France has released its qualifying roster.  It includes the aforementioned Joris Bert, a few Quebeckers from the Can-Am League, and not much else in terms of professional talent.

Special thanks to Josh Chetwynd’s excellent book, Baseball in Europe. For more on baseball in France, be sure to check out the New York Times’ In French Baseball League, the Feel Is More Minor Than Major.