American immigrants started playing baseball in Israel in the 1970s soon after arriving to the country. In December 1986, the Israel Association of Baseball (IAB) was formed as a non-profit organization to develop and promote baseball in Israel.

There are currently only 1,000 (down from 3,000 in 1997) baseball players in Israel – a country of 8 million.  Like many countries outside North America, the growth of baseball in Israel is stagnant due to three factors:  a lack of adequate facilities, equipment and instruction.

Baseball fields take on a different definition in Israel; they are few and far between. In Modi’in, a fast-growing city with a large number of baseball-playing youth, what passes as the local baseball field is a larger-than-normal traffic circle. In Bet Shemesh, where local leagues count some 600 kids playing baseball, the only field currently available to them for baseball is a community amphitheater, complete with a 30 degree slope. A long drive in the gap, if not retrieved in time, can slowly roll back toward home plate and become a mere foul ball.

Until this year, the only baseball field in Jerusalem was an empty lot strewn with thorns and thistles. This situation has been alleviated by the conversion of the field to residential housing, leaving the hundreds of Jerusalem players without a field at all. In the city of Ra’anana, there is a baseball field so large that it can accommodate three separate baseball diamonds at opposite corners of the field. The only problem there is that the baseball field couples as a grazing field for local horses. This means that when a runner and an infielder slide into second base, the pile-up might be comprised of more than just the two players bumping into each other.
source

In addition to the three factors mentioned above, the IAB has struggled to develop homegrown talent due to the bane of every Israel athlete: military service is required of every citizen at age 18:

“That’s a way to kill a sport. You develop amazing talent from 10 to 18 and then send them to the army,” says Israeli National Team member Shlomo Lipetz.
source 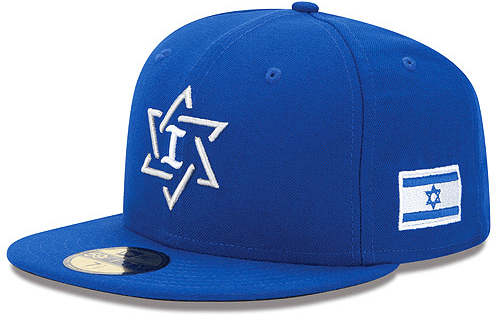 In July of 2005, baseball in Israel began to gain momentum.. An organized baseball league, The Israel Baseball League, was formed by a Boston-based group to address the scarcity of fields, equipment and training as well as establish the first professional baseball league in Israel. In March of 2006, the IBL announced a joint venture with the Jewish National Fund called “Project Baseball”, a campaign aimed at dotting the landscape of Israel with community baseball fields. In July of 2006, the IBL brought over two former Major Leaguers and held a camp and clinic that drew 165 participants. Opening Day was announced for June 24, 2007. 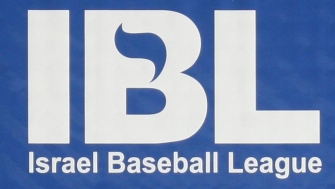 Originally, the six teams slated for the inaugural season were: the Bet Shemesh Blue Sox, Jerusalem Lions, Haifa Stingrays, Netanya Tigers, Petach Tikva Pioneers, and Tel Aviv Lightning. The Jerusalem and Haifa teams were replaced in 2007 by the Modi’in Miracle and Ra’anana Express.

To say the league was unsuccessful would be an understatement.  The league barely registered with Israelis, who were largely ignored in the marketing plans– and insulted to boot.

Rabbi Stewart Weiss, a lifelong fan of his hometown Chicago Cubs and a former Wrigley Field “bleacher bum,” is director of an organization in Ra’anana helping new immigrants. He and his family attended several games to root for the IBL team named after his adopted city, the Ra’anana Express – but heard little, if any, information about the team and league in Ra’anana itself.

“They’re called the Ra’anana Express, but they don’t play here, there is no publicity about them in town, and you can’t buy tickets locally,” Weiss said. “There ought to be a concerted attempt to reach out to Ra’anana, a city of 75,000, one-third of whom are English-speaking immigrants.

“There has to be a stronger connection to the city in order to build team spirit and team support,” he stressed. “Can you just name a team after a city without actually involving the city or its inhabitants?”
source

Many of the players– 120 recruited from around the world– had previously played some professional baseball, a half-dozen even at the Triple-A level. Heading into the Israeli Baseball League’s inaugural season, these players were expecting professional environment.  They were extremely disappointed in the substandard player accommodations, fitness facilities and food. The food was so bad, players said, that they eventually lost an average of seven to 10 pounds – or more.

In addition to the off-field issues experienced by the players, the actual playing fields themselves were unfit for even an American high school game.

“There are rocks, glass, and pieces of rusty metal we pulled out of the ground,” said player Scott Jarmakowicz. “You can slide on a rock anywhere, but most fields aren’t gong to have three bars sticking out of it. And these are hard fences, you can really get hurt.”
source

The league lasted only one tumultuous season, plagued by marketing and financial mismanagement. But one original investor still believes a professional league is still possible, yet he doesn’t see a bright future for baseball in Israel.

“Israel and baseball, there’s really nothing,” said Jeffrey Rosen. “It will never be as popular as basketball or soccer over there.”
source

Still, for those English-speaking fans who did come out, it was a joy, whether hearing Hatikva sung before each game – without taking off their hats – eating kosher hot dogs, getting close to the players, or hearing a call for afternoon prayers being announced in the middle of the 5th inning. 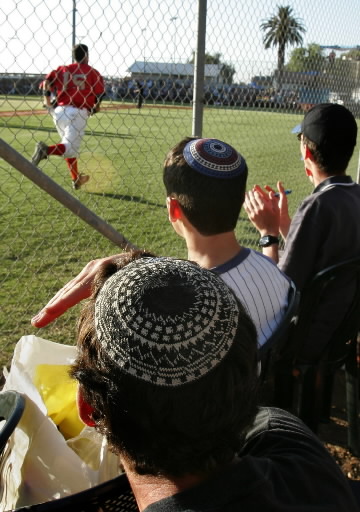 Although baseball is a fledgling sport in the state of Israel, this small European country has one of the best chances of all qualifying teams to advance to the 2013 World Baseball Classic.  The reason? Team Israel could include a number of established Major Leaguers.  All players who meet the requirements of Israel’s “Law of Return” – that is, one must have at least one Jewish grandparent or even be married to someone with a Jewish grandparent to be eligible for the team.  Former big leaguer Brad Ausmus has agreed to be the team’s manager; Gabe Kapler and former Toronto Blue Jay Shawn Green have agreed to serve as player/coaches.

“I’ve always been connected to my Jewish roots,” Green said. “It’s been pretty well documented throughout my career, whether it’s Yom Kippur or through Jewish organizations that I’ve been tied to at different times. I’ve always felt like the World Baseball Classic, even before it came into existence, would be a great idea not just for Israel, but to really grow baseball throughout the world.”
source 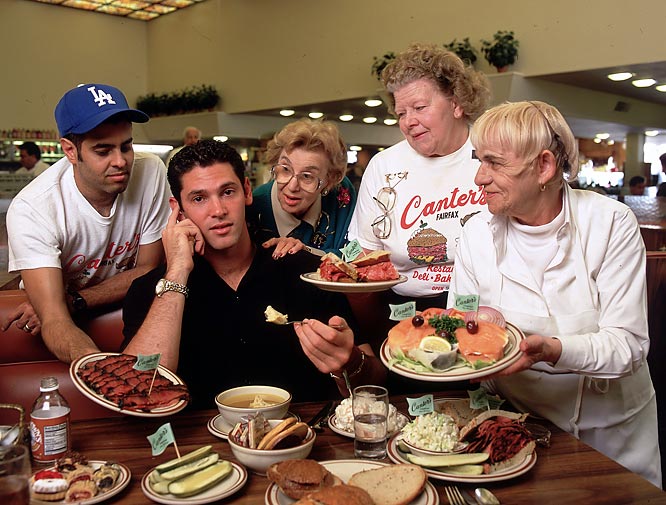 Texas Rangers second baseman Ian Kinsler, Mets first baseman Ike Davis, Brewers outfielder Ryan Braun, and Padres right-handed pitcher Jason Marquis are all current Major Leaguers with Jewish backgrounds. While nobody has agreed outright just yet, all the players listed have been contacted to play for Team Israel, and none have declined.

“These are guys that we’ve all approached, we’ve all spoken to them, and they are all very enthusiastic about playing for team Israel,” Israel Association of Baseball Secretary General Peter Kurz said.
source

With that said, players currently on a Major League team’s 40-man roster are ineligible to play in the World Baseball Classic qualifying rounds.  Red Sox Catcher Ryan Lavarnway, 24, remains an option if he isn’t called up, as does Ryan Kalish.  New York Mets infielder Josh Satin — called up earlier this season — was recently removed from the Mets’ 40-man roster and is eligible to play for Team Israel.

Andrew Gershman, author of the forthcoming book Modern Day Maccabees, doesn’t get his hopes up when it comes to Major League stars playing for his country:

“A player will only play for Israel if playing for the US is not an option,” Gershman postulated. “Players such as Ian Kinsler, who has played for the US in the past, are waiting to make their decision based on Team USA.”
source

However, one Major Leaguer has already confimed his interest.  Should Team Israel advance beyond Qualifying Round 1, Kevin Youkilis will join the team for the 2013 World Baseball Classic. source

Israel’s first game will be on Wednesday, Sept. 19 against South Africa.  The team will play a second game on Friday, Sept. 21, against either France or Spain, with possible games on Saturday or Sunday, if it advances. The draw is lucky for Israel, as the games will take place at Roger Dean Stadium in Jupiter, Fla., where a large Jewish population exists in the surrounding areas. 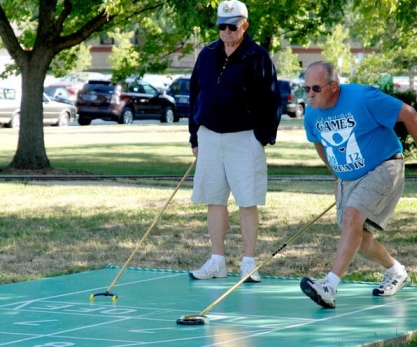 “If we had gotten Tel Aviv, it maybe could have been a little bit better,” said  Israel Association of Baseball Secretary General Peter Kurz . “But I think Jupiter, Fla. is the next best place.” source 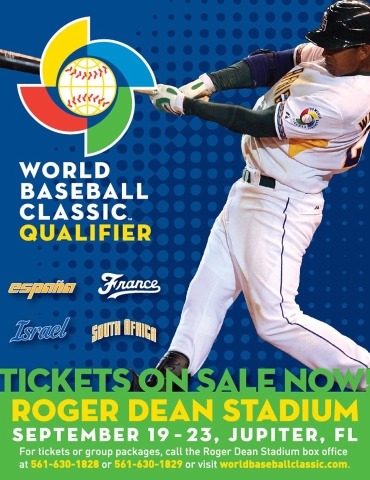