With the emergence of Chien-Ming Wang as a bona fide ace of the Yankees, and the not-so-recent signing of Chi-Hung Cheng by the Blue Jays, MLB teams are taking notice of the little island off the coast of China as a talent resource.

The population of this small island is 23 million (yikes!). You might know Taiwan for its other moniker, Chinese Taipei, and them rolling into the Little League World Series and dominating. Their political situation is a little complicated, so I will leave it up to the less-than-solid Wikipedia to explain it for me.

Unlike most of the other countries I have profiled so far, baseball was introduce by the Japanese (instead of Americans) who occupied Taiwan in the 1800s. The first Taiwanese player born to play in the MLB is Chin-Feng Chen, who played for the Los Angeles Dodgers in 2002. Other Taiwanese notables include Chin-Hui Tsao, Chien-Ming Wang, Hong-Chih Kuo and Ching-Lung Lo. 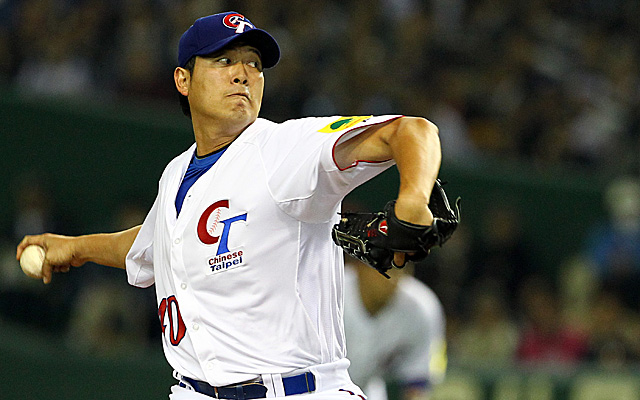 The league began in 1990 and is decidedly low calibre baseball. Today, six teams play a roughly 100-game regular season from early-March to mid-October. The playoff format dictates the winner of the first half play the winner of the second half (the same as the Mexican League) in a seven-game “Taiwan Series” that fall. If the two half-season leaders are claimed by the same club, the team with the second highest winning percentage is the Taiwan Series challenger. CPBL teams carry just three starting pitchers. Most games are played in the evenings because it’s crazy hot during daytime. Each team is allowed up to three foreign born players, with two of those playing at the same time. Melvin Mora and Ben Weber are both alumni of the CPBL, as is Team Canada starting pitcher Mike Johnson, who won the league MVP in 2008.

Much like Japan, each of the six teams have a home park, but many games are played in another half-dozen ballparks so every Taiwan citizen gets a chance to enjoy professional baseball. This is a great way to spread the game at the grassroots level.  Most ballparks range in capacity from 10,000-15,000, and all were built by the government, communist style. Like South Korea, and unlike Japan, Taiwan boasts mostly grass fields and no domed ballparks, although a few of them feature all-dirt infields. At Taichung Stadium, men never miss any of the action, with open windows inside its restroom enabling those relieving themselves in a trough to keep track as to what is going on in the game. Hsinchu Stadium is reminiscent of Wrigley Field, with apartment balconies overlooking both the first and third base sides. Cheng-Ching Lake Field in Kaohsiung is the largest ballpark, with a capacity of 20,000 fans.  Taiwanese baseball fans love to wave flags, pound drums, yell into bull horns and blow trumpets and air horns. They also like to dress up in elaborate costumes, complete with headgear and long robes with their favorite teams’ colours. 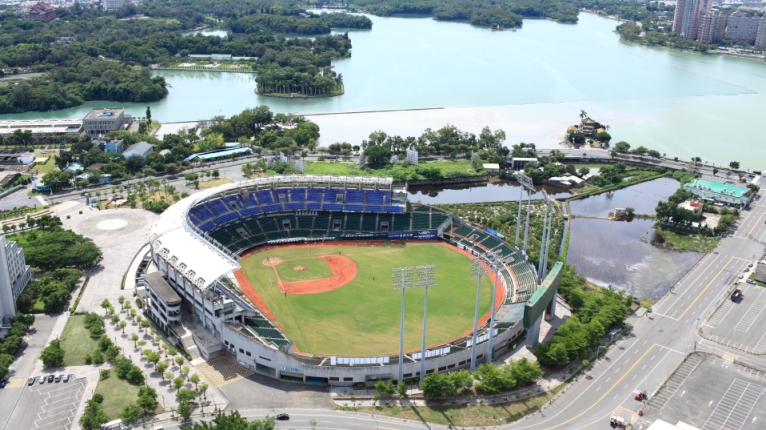 Before the first pitch, the six-team umpire crew will bow to the crowd to show their appreciation for the fans’ attendance. Following the final pitch, a “Most Valuable Player” is chosen by Taiwan’s beat reporters, and the MVP briefly addresses the crowd via microphone before flinging a stuffed animal to one lucky fan. Prior to that, both teams shake hands and bow together to the fans — a symbolic gesture thanking them for their patronage. Could you imagine the players doing this in North America?! A baseball scene is depicted on Taiwan’s NT$ 500 note. A professional baseball team (the Elephants) has its own team and and retail store, selling everything from player-branded boxer shorts to stuffed animals of “Pinky,” one of the teams’ sponsors — in a city two hours from where it’s based. Stealing with a runner on first base is commonplace, even sometimes in the eighth inning with the score, 7-1. 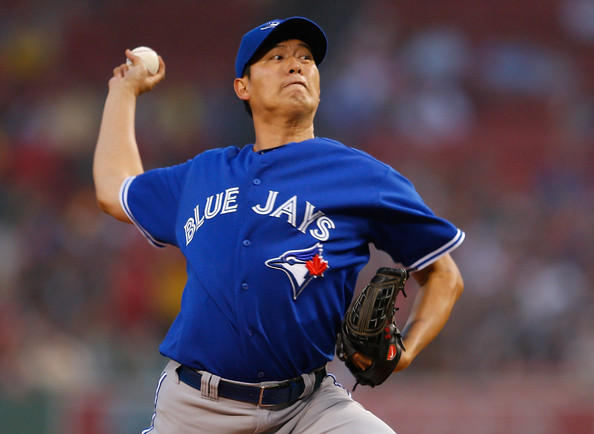