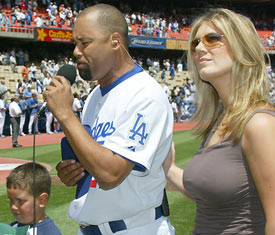 After reading Callum’s Jose Lima articles and checking out Stephanie McGwire (Mark McGwire’s wife) over at Baseball Central, I began to start thinking about how lucky baseball players are that they can slay any woman they want and how I am cold and lonely with my only friends being Jack Daniel and Captain Morgan. Without further adieu, my list of Baseball’s hottest wives.

Frank Thomas and his wife Megan

What are your personal favourites among baseball player’s wives? Let us know in the comments section!!

Also, if you liked this… check out Blue Jays Wives & Girlfriends as well as Mr. X’s leftovers. 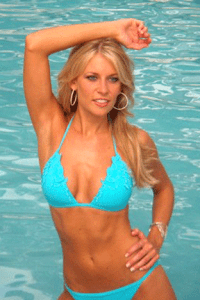