Who shuts opponents down? And which pitcher allows over a 90% SB success rate?

About three weeks ago I heard the most amazing stat. Cleveland Indians pitcher Josh Tomlin, in 165.1 IP, had a total of ZERO stolen base attempts against him.

Sabr stats typically don’t include stolen bases, as the jury is still out whether or not pitchers control the outcome. The answer seems obvious in extreme cases such as Tomlin/Young but in most scenario’s there is some debate.

Regardless of where you stand in the pitcher control running game debate, a quick gander within the statistics is at least interesting if nothing else.

RP have their own set of issues. Inherited runners, game situation, etc. I don’t place too much stock in these numbers unless they are overtly extreme. 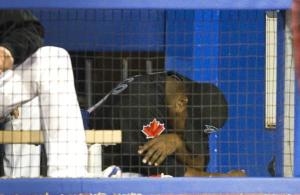 Conversely, Jon Rauch allows an SBA only once per 26 innings.


Only a total of three SBA in two seasons. Rauch is the anti-Young, a tall righty that controls the running game.

Most starters are in line with the 9.4 average, such as Romero, Morrow, Villanueva, etc. The success rates are also within the AL ballpark average, which is 71.2%.


Good rate from the control righty. Similar in style to Indians Josh Tomlin. 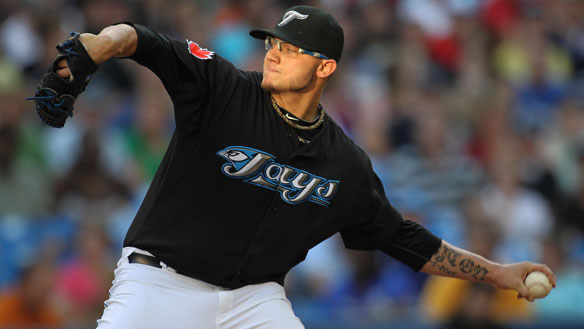 
Impressive career attempt rate of just once per 22 innings.

What does this mean?

Upon second thought, the pitchers with low attempt numbers have been fringy arms that surrender HRs. Teams are likely staying put and waiting for the multi-run HR. The better starters (Romero, Morrow) potentially deal with opponents attempting to ‘scratch across a run’. I’ll run a further MLB wide study in the off-season, comparing stolen base rates vs pitchers based upon ERA, FIP, etc.

In the meantime, we’ve learned that opponents hug first vs Cecil and can swipe a free base from Francisco.