An adept bunter and daring baserunner, his soccer training paid off several times when he intentionally kicked the ball out of defenders’ mitts while sliding. Cleveland manager Al Lopez said Ávila had “a fine swing, a sharp eye, a good spirit of competition … and a world of confidence in himself.” – Jane Charnin-Aker

Roberto Francisco Ávila González – known as “Beto” in his homeland of Mexico – was a right handed second baseman who played in the major leagues for the  Cleveland Indians (1949-58), Baltimore Orioles (1959), Boston Red Sox (1959) and Milwaukee Braves (1959).  Beto Avila was one of the greatest baseball ambassadors that Mexico ever had and  is still widely recognized as the player who catalyzed the development of Mexican baseball.  Avila was the first player to ever be signed out of the Mexican League by a Major League baseball team. 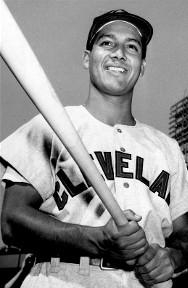 Beto Avila began his career at the age of 19 as the regular second baseman for the Puebla Pericos of the Mexican League. Much of his baseball success can be attributed to his soccer background, as he signed his first professional soccer contract at age 14.  He had perfect timing around the bag, where he displayed the footwork and great lateral movement that made him a soccer star in Mexico. 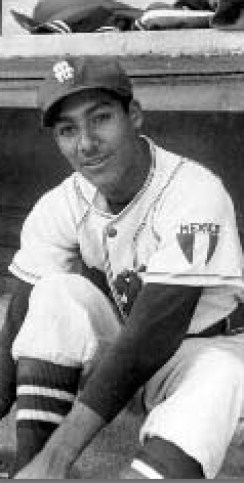 Three years after Avila’s debut, in 1946, many Major League Baseball players were lured to the Mexican League due to large contracts offered by Jorge Pasquel, the owner of the league at that time.  As a result, the level of competition increased significantly.  This did not phase Avila.  He excelled that season, hitting .359/.417/.490 and finished 3rd in the league in batting average.  He was then noticed by Branch Rickey and Leo Durocher of the Brooklyn Dodgers, who offered him a contract for $10,000.  Before Avila was able to sign, however, Durocher was suspended from baseball and Branch Rickey had acquired a satisfactory second baseman in Durocher’s absence: Jackie Robinson. 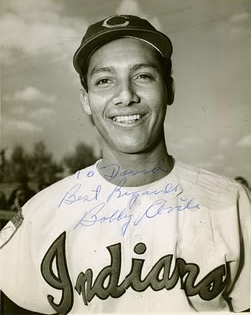 Avila continued to play in the Mexican League and played as well as any of the Major League veterans.  In 1947 he won the batting title by putting together a line of .346/.444/.463 with 11 triples and 18 stolen bases.  He was the first native Mexican to lead the Mexican League in batting average in a decade.

Beto was signed in 1948 by the Cleveland Indians for $17,500.  He was assigned to Baltimore, which was then Cleveland’s AAA affiliate in the International League.   He struggled there with an ankle injury and sports hernia, yet a year later he was summoned to Cleveland  replace the departed Joe “Flash” Gordon. It was then that Avila came to be known as “Bobby.” 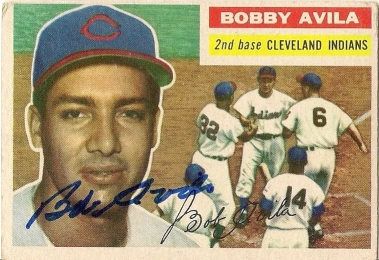 Avila put it all together at exactly the same time the Cleveland Indians did – in 1954.  Led by one of the greatest (if not the greatest) pitching staffs in baseball history, the Indians won an American League record 111 games.  The team consisted of Hall of Famers Bob Feller, Early Wynn, Bob Lemon and an offense led by American League home run champion Larry Doby.  The Yankees finished 8 games back of the Indians that season.  Coincidentally, the Yankees won more games that season than they had in any of their five consecutive  (1949-1953) World Championship seasons. Bobby Avila was a major reason the Indians won the pennant.

That year Beto Avila was the AL batting champion, edging out Ted Williams (who didn’t have the requisite number of at-bats) and Minnie Miñoso with a .341 mark while playing almost the entire season with a broken thumb. He also registered career highs in home runs (15), runs (112) and RBI (67). 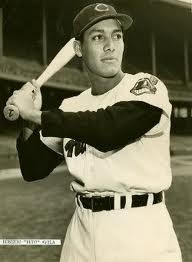 “He has that extra something that makes a great hitter. Call it the competitive instinct…. He’s always fighting the pitcher, never choking up, and never giving an inch…. In a tough spot, I’m always glad to see Bobby coming to the plate.” — Cleveland general manager Hank Greenberg

Avila hit 15 homers that season, but almost every one of them came in a clutch situation. 13 of his homers either tied the score or won the game for the Indians. On September 17, he belted a grand slam against the Tigers in Detroit which won the game and  guaranteed at least a tie for the pennant.  A superior contact hitter, he struck out just 31 times and posted an on-base percentage above .400. He credited his success to a hard off-season in the Mexican Winter League.

“It used to be I would go down there and take it easy playing 20 games or so,” Avila said. “It would be like a vacation for me. Then I would go to spring training and find it hard to break the habit of taking it easy. But last winter, I worked hard, played 45 games, and just kept swinging when I got to camp.”

In none of his other seasons did Avila ever approach the lofty .341 he put up in that 1954 season.

In the 1954 World Series the Indians faced the New York Giants, which pitted the two leagues’ batting champions – Avila and Willie Mays – against each other. The heavily-favoured Indians were swept in 4 games with Avila struggling mightly against Giants pitching. 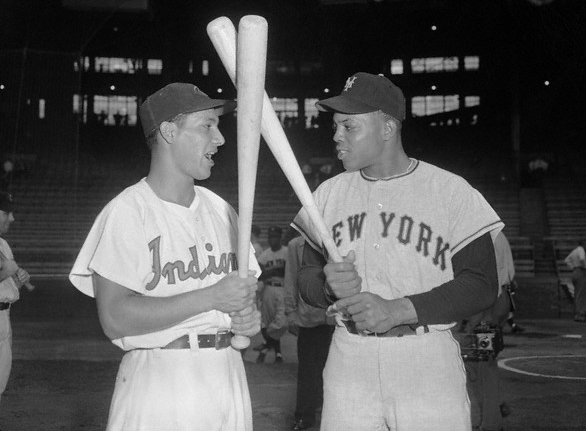 His intelligence, his consistently aggressive game and strong determination to establish himself as the best in the baseball world would lead Beto Avila to great success . In the 11 seasons he played in the Major Leagues, Avila played in 1300 games, compiling a batting average of .281 with 80 homers and 465 RBIs.

“If I ever did hit .400, they’d make me president of Mexico.” — responding to a comment from Dizzy Dean, who said Avila could be the next .400 hitter

Although Avila never did end up hitting .400, he went into politics following retirement from baseball and was elected mayor of Veracruz.  Two Mexican League stadiums are now named after Avila – Estadio Beto Avila in Cancun/Quintana Roo and Parque Beto Avila in Veracruz.

“Everybody knows who Avila was in Mexico,” said Fernando Valenzuela, the former Dodger pitcher turned broadcaster and a native of Navojoa, Mexico.

“He was an inspiration, of course, for Mexican ballplayers to follow to the States and play in the major leagues. He did a good job. Everybody knows and recognizes what he did.”

Avila was at the leading edge of Latino expansion into the majors, a trend that continues today.  Beto Avila passed away in Veracruz, Mexico on October 26, 2004 due to complications from diabetes and a lung ailment at the age of 79. 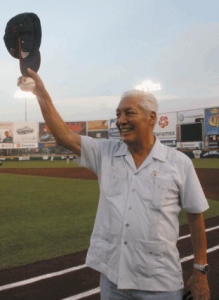 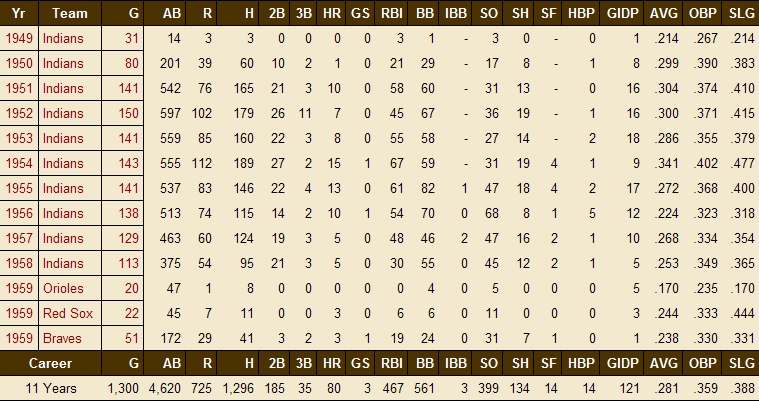 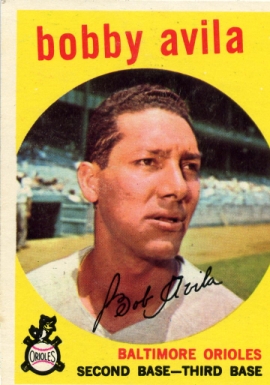