After thinking about my previous article, my all time Jays team, I remembered another instance where Kelly Gruber proved his unrivalled natural athleticism.  It was in 1991 on a show called “The Superstars”.  The Superstars was a television sports competition pitting stars from each sport against one another in various events from swimming to running to basketball and even kayaking.  Shows today that are spinoffs from the original Superstars include “The World’s Strongest Man” and “Pros vs. Joes”.  Notable winners include OJ Simpson, Herschel Walker, Jason Sehorn, Decathlete Dave Johnson and…. Kelly Gruber.

In 1991 Kelly Gruber became the first and only baseball player to win the Superstars title.  He moved on from a first round heat which included the likes of Jerry Rice, Andre Rison and Barry Bonds.  In the final, Kelly Gruber faced off against a football-heavy field of competitors that included Herschel Walker, Gary Anderson, Anthony Miller, Barry Sanders, Tim Wallach, Jim Jensen, hurdler Renaldo Nehimiah and Merril Hoge.

In the first event, swimming, Kelly Gruber easily defeated the field with a time of 26.84, a full four seconds faster than runner up Renaldo Nehimiah. 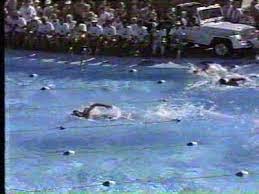 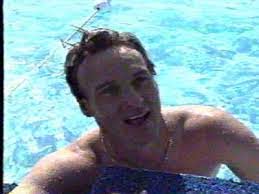 Gruber skipped the next event, weightlifting, because he was obviously way too big a stud and didn’t want to show up the rest of his competitors.  Neal Anderson won with a 320lbs lift. Incidentally, pre-steroid Barry Bonds was unable to lift 200lbs.

The next event was Kayaking where our friend Gruber set a Superstars course record of 28.22. 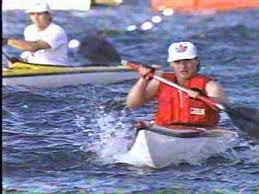 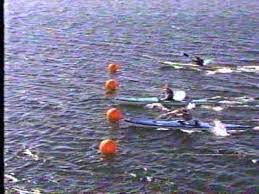 Not known for his Basketball skills, being a good ol’ Texan boy Gruber came to play and finished second in the basketball event to Gary Anderson who set a Superstars record with 34 points, slightly ahead of Gruber’s 29. Not a bad showing at all.

In the bike racing competition, Kelly finished second to that pesky Renaldo who probably was 50lbs lighter than Gruber. No matter though. 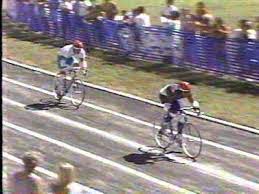 Kelly skipped the 100 yard dash and then participated in the obstacle course. He was penalized 5 seconds for being too pretty which put his 3rd place time down to 6th place. It didn’t matter though as Gruber had enough points to win the overall competition. 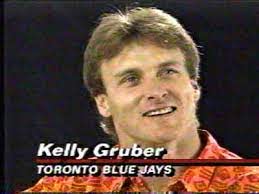