With a fragile pitching rotation and not much depth in the minor leagues to speak of, the Toronto Blue Jays are being resourceful when it comes to creating starting pitching depth.  This week it was announced that the Blue Jays purchased the contract of Shawn Hill from the York Revolution of the Atlantic League. Last season Hill was 4-14 with a 5.51 ERA for the triple-A affiliate of the Detroit Tigers.  In 44 career starts at the MLB level, Hill is 10-18 with a 4.69 ERA.

Now word has leaked that Blue Jay scout Henry Sandoval is currently in the Mexican League, scouting the spring training of the Saltillo Saraperos. Sandoval took in an intra-squad game yesterday and did not mention any specific players that he was interested in, naturally.  Of course, whenever Blue Jays scouts are noticed at games, the explanation is the boiler-plate party line: “we’re just doing our due diligence.”  However, the Blue Jays could be interested in Victor Garate, the 29-year old left-handed pitcher for the Saraperos.  In 18 starts last season, Garate pitched 100 innings with a 9-4 record (3,78 ERA) and 112 strikeouts to 40 walks in the thin Saltillo air.

Another scrap-heap arm from the Mexican League the Blue Jays could be interested in is former Yankee prospect Amauri Sanit.  Although the Mexican League has produced players such as Joakim Soria, Roberto Osuna, and Alfredo Aceves, this news probably isn’t of much consequence. These kind of players would likely fill the roles of the dearly departed Chien-Ming Wang, Ramon Ortiz and Aaron Laffey – if they are even signed at all.  This year is going to be all about Dickey, Buehrle, Morrow, McGowan….. then throw the towel-in.*

* No disrespect to Drew Hutchison.  It’s just that nothing rhymes with Hutchison. 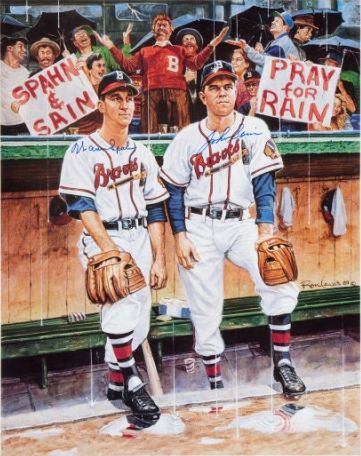