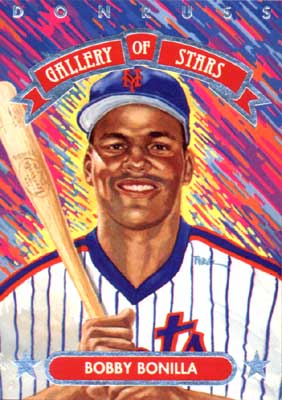 While Bobby Bonilla’s contract was a hedged bet, the pure numbers astound the mind.

Bobby Bonilla was originally signed out of high school by the great talent evaluator Syd Thrift. After toiling in the Pirates minor league organization for four years he was acquired via the rule V draft by the Chicago White Sox. The Pirates turned around and reacquired Bonilla during the 1986 season.

That proved to be a great move, as Bonilla, along with Barry Bonds, proved to be the core of many strong late 80’s and early 90’s Pittsburgh Pirate teams. 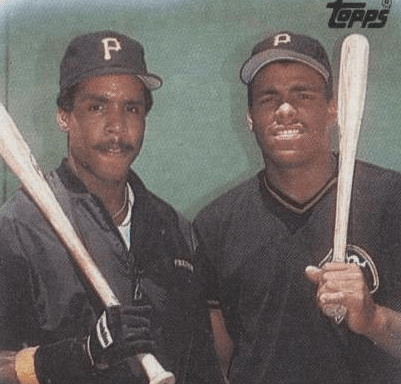 Bonilla left the Pirates via free agency in 1992, joining the New York Mets. With the Mets he continued his strong run, regularly posting OPS+ scores around the 130 mark. He was eventually traded to the Baltimore Orioles for a season and a half.

During the 1996 off-season Bonilla, once again a free agent, signed a five year, $29 million contract with the Florida Marlins.

He produced a solid 1997 season and was eventually dealt to the Dodgers during one of the mid-90’s Marlins trading sprees in 1998. At the end of the 1998 season the Dodgers turned around and dealt Bonilla to the Mets straight up for Mel Rojas.

When the Mets acquired Bobby he was on the downside of a solid career. In 1998 his overall OPS was a career low .714, he hit only .249 and had a low output of 11 HR. Why would the Mets would want the declining 35 year old in the first place?

In 1999 Bonilla hit for only a .160 batting average, sporting a pitcher like .579 OPS. He was a clubhouse distraction, unprepared and overweight.

Here’s a cool quote from a 2000 sporting news article:

The Mets suggested that Bonilla lose weight during last season (his listed 240 pounds wasn’t anywhere near the truth). He responded that this was no issue and kept getting bigger–instead of the 15-day disabled list, he appeared to be on the 15-pound D.L.–even as a knee injury was being used as the excuse for his poor performance.

The Mets finally had enough and released him on January 3rd, 2000. Bobby had one year and $5.9 million owing on his contract. Looking for financial flexibility, the Mets worked out a deal where they did not have to pay Bonilla his owed salary in 2000. They worked out an interest and payment plan for the remaining $5.9 million owed.

The payment plan starts next season.

The original terms of the deferment are as follows:

In total he’ll be paid just a shade under $30 million for forgoing one year of salary!

Talk about Cash For Life