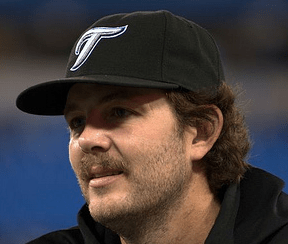 Yet Fan Graphs estimate his ‘salary’ value to the Jays to be worth $8.2 million in 2009. This would put him third on the club, behind Doc & Romero. In fourth? Frasor at $6.2 million.

Of course the question is how is Brian Tallet worth $8.2 million in salary? The answer would be his 1.8 WAR (Wins Above Replacement).

How is WAR calculated for pitchers? That’s one complex answer. For a in-depth example you should click onto this link Beyond the Boxscore WAR. A little something something from the link

if a team has league-average performance across the board (hitting, relief pitching, defense), then they would expect to win a mere 38% of games started by their replacement-level SP. If the team had average hitting, defense, and starting pitching, they would win 47% of the games in which their poor bullpen pitchers were used. Therefore, a team running out a poor starter is costing itself 9% more of win expectancy than if it used a poor bullpen pitcher. A league average starter wins 50% of their games, so using a replacement starter decreases win expectancy by 12%.

I’m not trying to shit all over Tallet or the WAR system. I’m just using this post and the title as a sign of caution. Do fans of the Toronto Blue Jays really believe that Brian Tallet is an $8.2 million a year pitcher?

With the Jays supposedly having all of this money to spend in the off-season invariably the ‘internets’ websites will be tossing WAR around to evaluate talent. All I’m saying is take a look deeper into the all of the numbers before deciding that a players under/over priced due to his WAR or any other fancy stat. The majority of these stats have value. They just need to be placed into a real world context. I think it’s safe to say that Tallet would not command $4 million of the free agent market for one season, let alone $8.2.