Last time we checked in on Brock and Western in 2007, the format was a best of 3 series with 3 games being played over 2 days.  The format this year is sudden death with a 4-team bracket.

In the first game between Western and Waterloo, the Warriors got out to an early 2-0 lead.  In the 3rd inning Kevin Annett tied the game up with 1 swing, hitting a 2-run shot to even the score at 2-2.  In the 5th the Mustangs pushed across another run on a fielder’s choice and that was all they needed to win the game and reach the finals.

The second game between Brock and Toronto was a pitching duel between Badgers starter Kurtis Robinson and Varsity Blues starter Marek Deska.  Robinson, who went 4-0 with 23 strikeouts in 23.2 innings over the regular season.  Deska, on the other hand, hadn’t allowed a single run all season.  Robinson kept the Blues hitters off balance for 6 innings while the Badgers were unable to catch up to Deska’s gas, striking out 10 times in 6 innings.  With the game tied at 3-3 after 9 innings, the Blues turned to relief pitcher and former Blue Jays prospect Drew Taylor to keep it going in the 10th inning.  Taylor struggled and was unable to retire a single hitter.  Brock scored the game winning run in the bottom of the 10th inning to defeat the University of Toronto Varsity Blues by the score of 4-3.  After the Badgers missed the playoffs for the first time in school history in 2009, they found themselves again in the finals to face old rivals Western at London’s Labatt Park. 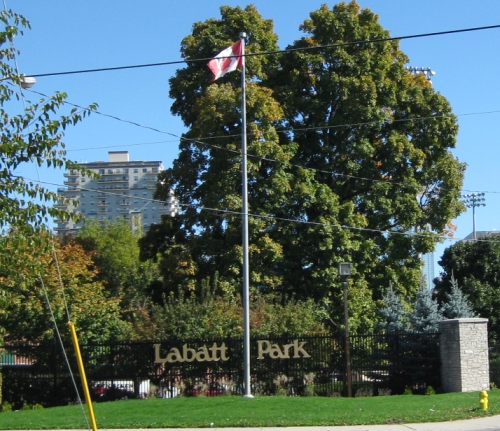 Saturday’s matchup marked the fourth time in OUA history that the two teams have faced each other in the championship final. In the first three meetings, Western captured all three titles (2005-06, 2006-07, 2007-08).  Western has won OUA title 5 times in the last 6 years.   That being said, Brock has been arguably the best baseball program in Canada over the past 15 years.  Brock has two CIBA National Championships (1998, 1999), two OUA Championships (2002, 2004) and is coached by the all-time winningest baseball coach in the OUA in Jeff Lounsbury. It would be a great game between the OUA’s 2 best teams to decide the winner of the Jason Guindon trophy.

Paish, who relies heavily on an impressive 12-5 curveball, struggled with control early on.  When he missed his spots he was missing up in the zone.  His delivery is consistent with a pronounced over-the-top arm angle. 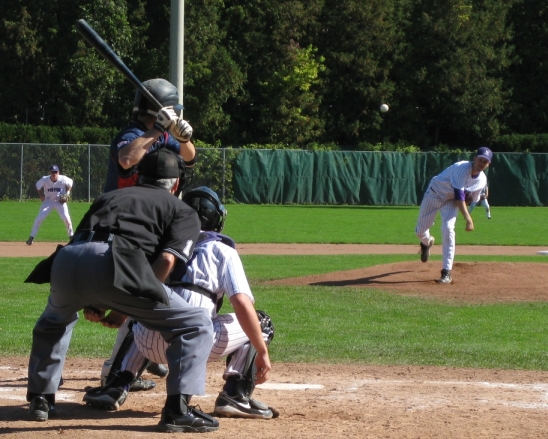 Jason Champ has an average fastball to go with a solid slider with great control.  He guides the ball in his delivery and almost telegraphs where it is going. When Champ missed, he missed down in the zone – unlike his counterpart Paish.  He comes at hitters from a 3/4 arm angle and finishes his delivery much like Casey Janssen or Tom Seaver does.

Both pitchers made poor pitch decisions in many at bats.  At this level, the opposition must prove to you that they can hit your pitch.  Both Paish and Champ would get to 2 strike counts only to fire fastballs down the heart of the plate that hitters connected on for hits.

Brock was relentless with their attack early on.  They put pressure on the Mustang defense and eventually they broke. The Badgers scored their first run by bunting a comebacker to Paish who airmailed it over the first baseman’s head.  From that point on the Mustangs’ defense crumbled, committing 3 errors in the game with 1 dropped ball in the outfield.  The turning point was when OUA hitter of the year Shaun Valeriote crushed a ball to the gap in left centre that cashed in 2 Badger runs to take a commanding 4-0 lead.

Paish was pulled from the game in the 5th inning after gving up four runs – three earned – on six hits in 4.2 innings with the Badgers leading 4-0.  When coming off the field, Paish deliberately walked away from approaching teammates and went to the dugout and sulked.  A classless move on the part of the 3rd-year pitcher. 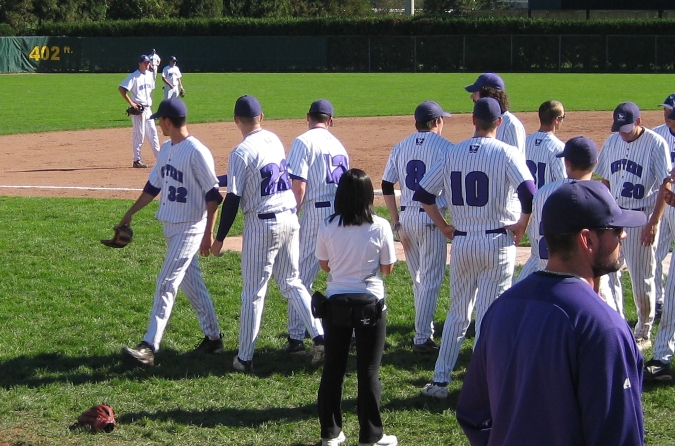 Brock starter Jason Champ pitched 7 innings, allowing one run on six hits with two strikeouts while earning Championship Game MVP honours.  He displayed pinpoint control all game long and hit the outside corner in the lower-half of the zone consistently all game long.

Western scored their only run of the game on a sloppy defensive play from Brock.  Leading off the inning, centre fielder Andrew Thomson reached on an infield single and then advanced to third base on a throwing error by Brock’s second baseman. The ensuing throw to third base was also wild.  That allowed Thomson to score what turned out to be Western’s lone run of the day.

Side-arming closer Justin Ayles came on in the 8th to shut the door on the Mustangs, working 2 scoreless innings to secure the victory and Brock’s third OUA championship in team history and first since 2004.

The win also gave the Badgers an opportunity to remedy this sad picture with this one: 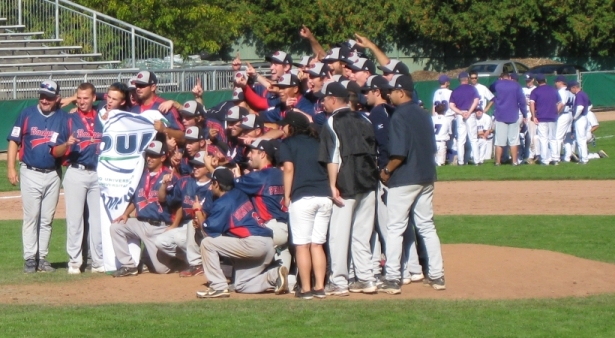 The Badgers will now compete for the CIBA National Championship, which will be hosted by St. Clair College in Windsor the weekend of October 22-24. 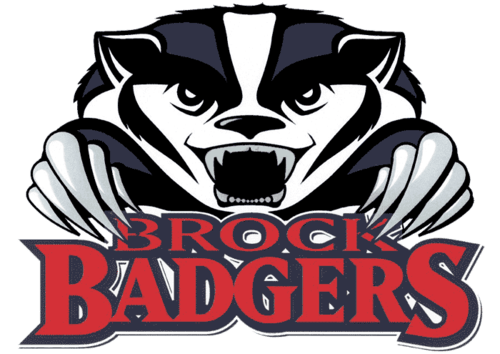