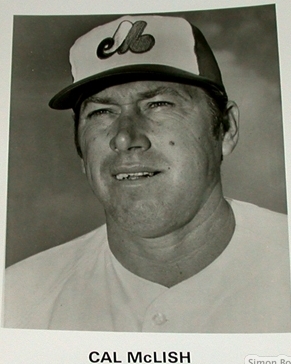 I learned about Cal McLish on the back of my 1975 Tony Oliva (#325) baseball card.  The trivia question was, “What is Cal McLish’s full name?  The answer, Oklahoma Sports Hall of Famer Calvin Coolidge Julius Ceasar Tuskahoma McLish of course!

So who is Cal McLish?  Cal died last week but he will be known forever as the ballplayer with the most unusual name.  Cal was born 1 December 1925, a Sagittarius.  Calvin Coolidge was president.  Julius Ceasar, the famous Roman general and statesman.  Tuskahoma, is a town in Oklahoma, in the local native language meaning warrior.  Cal’s father was a member of the Choctaw tribe.

Cal grew up as a rural poor dust bowl Okie.  He was able to attend high school and was scouted as a teenager there playing semi-pro ball in Oklahoma City.  Cal was playing American Legion ball where he was a standout as he could pitch and hit both left handed and right handed.  In a Major League depleted by players in war service Cal made his debut for the Brooklyn Dodgers in 1944 at the tender age of 18.  He threw right handed throughout his career in the majors and I could find no refenerce of his ever throwing lefty in the Majors.   The Dodgers were having patience with their teenaged rookie when he was drafted into the US Army later in the summer of 1944.  He served in the infantry and saw battle in Europe.  He also pitched in while in the service. 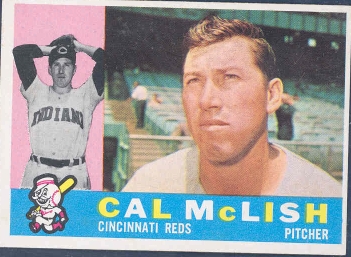 After returning from military service, Cal was sent to the Minor Leagues playing mostly in the high minor leagues for several organisations.  Cal had several cups of coffee every season with the Dodgers, Pirates and Cubs until 1950 when he played a full season with the Cubs.  Cal’s performance was not spectacular and he did a fair bit of mop up duty as a reliever for the Cubs and Indians until 1958 when he became a starter.  Al went 31-16 over the 1958-59 campaign with an ERA and WHIP around 3.25 and 1.25 respectivley.  He was named to the 1959 AL All-Star Team.  During this stretch he set a record that has since been matched but not surpassed by winning 16 consecutive road game.  That was the highlight of Cal’s career, he played for another 6 years with the Reds, White Sox and Phillies but he never had the success he had in Cleveland.  McLish never played in the playoffs or won a World Series. 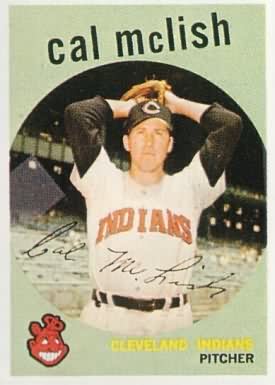 McLish continued his pro career as a pitching coach well into the 1980’s.  He was one of Gene Mauch’s boys following him as a coach from Philadelphia to Montreal where he was the original pitching coach.  Interestingly, Cal was traded for Mauch in the 1950’s!  Cal finally had his chance at a championship when he was Harvey Kuenn’s pitching coach for the 1982 AL Champions Milwaukee Brewers. 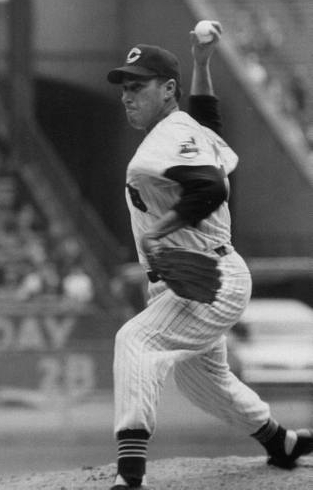 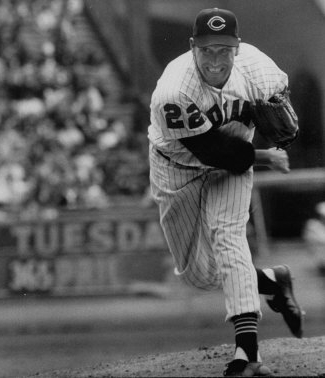 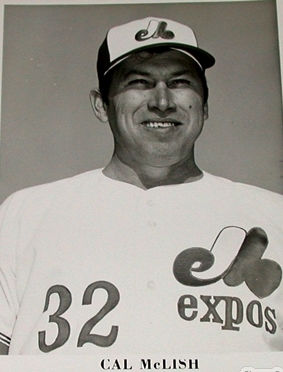