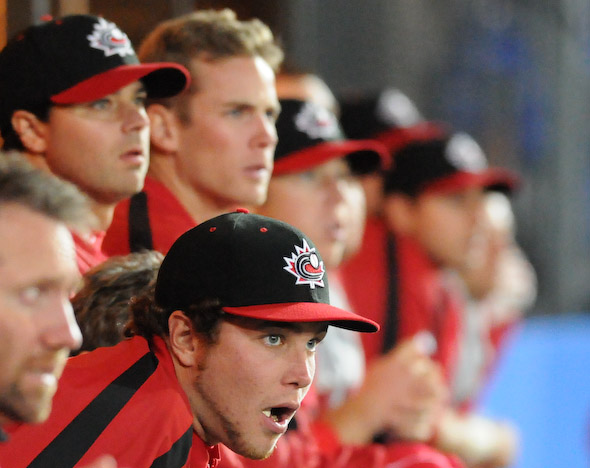 Canada bounced back from a disappointing World Baseball Classic to clinch the Bronze Medal in the 38th World Cup of Baseball.  This was Team Canada’s first medal in the bi-annual tournament’s history. (View Team Canada’s roster here)

To do it, Canada had to beat a talented Puerto Rico team that includes former major leaguers Jose Valentin and Ruben Gotay.

Toronto Blue Jays prospects Trystan Magnuson and Adam Loewen played a large part in Team Canada’s success throughout the tournament and this includes the Bronze Medal game.  Loewen was 1/3 with a walk and scored the go-ahead run.  Magnuson pitched 2 scoreless innings with 2 punchouts.

This tournament might have been former Barrie Baycat Chris Begg’s swan song.  Begg was on the 2003 team in Panama when Canada deafeated Mexico to qualify for the 2004 Olympics. He played on the team in Athens. He also participated in the 2005 Regional Olympic Qualifer, the 2005 World Cup, 2006 WBC, the 2008 Olympics in Bejing and the 2009 World Baseball Classic team.

“Chris Begg didn’t pitch an inning of pro ball this year,” said Whitt. Begg has been released by the San Francisco Giants in 2008. He was not asked back by the Quebec Capitales on the independent Can-Am League.
“He said “i’ll do what I can for you,” Whitt said. “I felt so bad for him against Italy when he faced five guys and didn’t get anyone out. So he pitches against Cuba in his next start. He gives us four great innings … “
Whitt’s voice trails off as he composed himself, but from the reconstruction of the conversation it went something like this.
Whitt: “Good job Begger, you’re done. You’ve done your job.”
Begg “But Ernie, I can give you one more.”
Whitt: “Nope.”
Begg: “I can give you one more.”
Whitt sat down on the dugout bench beside Begg and said “I know how much you have done for me over the years and you know I love you, but that’s it.”
The Whitt hugged Begg and they both men sat on the bench and cried. Said Whitt “we really lost it.”

Highlights of the tournament include Canada’s first round win over a strong South Korean Team, 9-1.  Back to back romps of the Netherlands (15-0) and Sweden (19-1) and a 3-2 extra inning win over perennial contender Japan.  This included highly touted Twins prospect Rene Tosoni colliding into the Japanese catcher at home plate and scoring the winning run by knocking the ball loose.  Larry Walker remembered it like this:

“Tosoni hit the catcher and the ball rolled loose. It’s different coaching at first, rather than jumping on piles you get to see them celebrate. I did see them carry the catcher off on a stretcher.”

In a 2 games vs. the Netherlands and Italy, Astros farmhand Jimmy Van Ostrand had 7 hits.  Adam Loewen knocked in 3 runs against Italy. 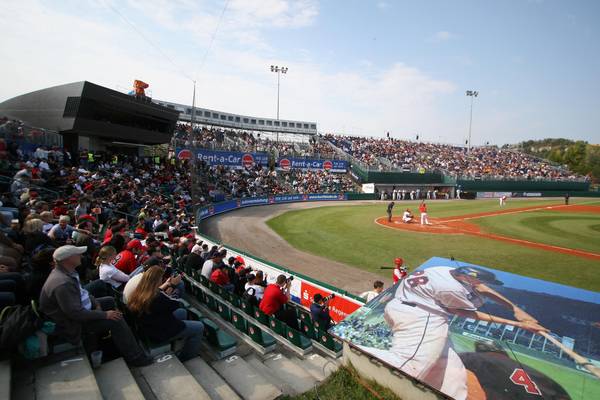 “The next generation of Canadian National Team talent arrived and made a strong statement in the international baseball world,” Director Greg Hamilton said. “Everyone felt proud of accomplishing something which had never been done in the history of the program.”

The third place finish here at the World Cup is the Senior National Team’s highest placing since earning a bronze medal at the 1999 Pan-Am Games in Winnipeg.

For your viewing pleasure: