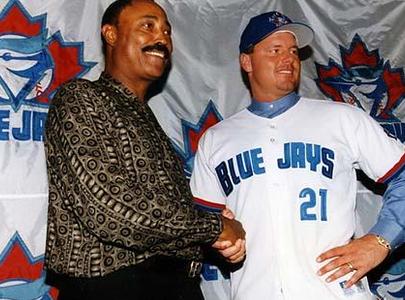 With Roger Clemens back in the news with his recent indictment for perjury it is a good time to remember his short but memorable stay in Toronto.

Clemens was signed by the Jays to a $30 million 4 year contract in December 1996.  He made his first appearance on April 2 where he pitched a 6-1 complete game win over the Chicago White Sox.

Clemens started the season 11-0.  But it was on Canada Day, 1 July 1997 that I first saw Roger Clemens pitch for the Jays.  It was the first year of interleague play and the Montreal Expos were visiting the SkyDome.  The night before, the great Pedro Martinez started for the Expos en route to a Cy Young and shut down the Jays 2-1 and Pat Hentgen (coming off a Cy the season before).  Both Pedro and Hentgen went the distance in a 2:03 game.  The next day, Clemens en route to a Cy Young season himself, settled in their holiday red jerseys to hopefully even the much anticipated series against the Expos.  With the great pitching performances the night before and with the Rocket on the mound it would be Jeff Juden of the Expos who would deleiver the best performance of the weekend. 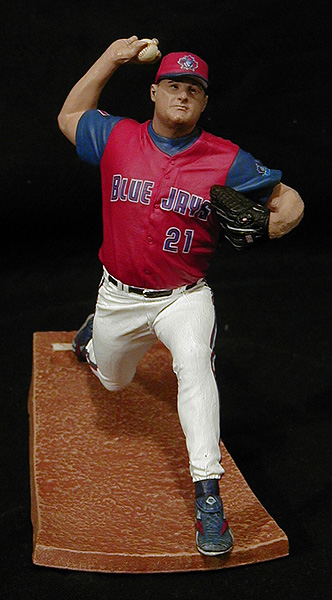 Small ball and shutdown pitching was the name of the game.  The sellout crowd, over 50,000, was treated to a display of inept hitting on the part of the Jays.  The Expos strung together two hits in the top of the first and Rondell White added a dinger in the 2nd.  That was enough.  The Jays were unable to get to Jeff Juden.  Juden took a no-no into the bottom of the eighth when Shawn Green took him deep to narrow the gap to 2-1, that is how it would end.

Clemens and Juden both had extraordinary lines that afternoon.  Both went 8.1 innings Juden struck out 14 to Clemens 8 and yielded a pair of hits to Clemens 10.

The Jays would go on to have one of the strangest seasons in their history, with one of the best pitching staffs and the worst hitting.  They would finish in 5th place well out.  The Expos who had a promising first half would fall off the pace in the second half.  Juden would have his best season that year and was traded to the Indians for their playoff push.  He would appear in another 34 games and be out of baseball in 1999.  Perhaps if he followed Clemens to the Jays clubhouse and used HGH or whatever he could have prolonged.  Juden did suit up for the Yanks and had Clemens for a teammate in 1999.    Check out the boxscore from BR http://www.baseball-reference.com/boxes/TOR/TOR199707010.shtml 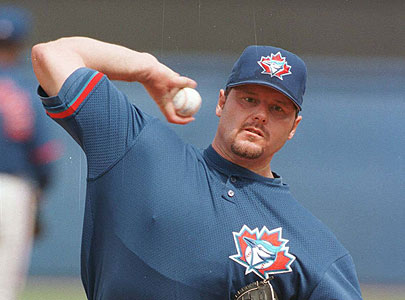