Taking a slightly different approach to the Jays aquistion of Colby Rasmus. 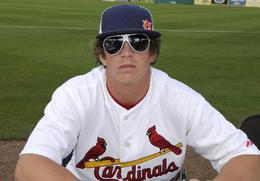 Much has been written about Colby Rasmus from the statisitcal & personal side. I’ve watched and liveblogged about over a dozen Cards games over the past three seasons, here are a few of my on-field obseravtions.

Rasmus impresses when patient. He has power & great bat speed and I think the possibility for 30 HR exists. He’s gonna K but he’ll also take his fair share of walks. He could slot in nicely in the #2 spot in the order for 2011, possibily moving back or staying put depending on output. His jumps from 1st on SB attempts leave something to be desired, as does his overall D (and reads) out in CF. I certinaly buy into the whole concentration laps tag. I wouldn’t be surprised to see Rasmus shift to a corner OF if/when Gose is ready to contribute at the MLB level. Another risk vs reward trade, similar to Yunel.

P.J. Walters could be more than an afterthought. Walters player three tiers of ball in 2007 (low A, high A, AA) and progressed to AAA quickly. Dealing with injuries at various points, Walters season high IP is 158. Over the past three seasons he’s been around 125 IP a season (MLB & AAA combined).

According to Fan Graphs Pitch F/X data, Walters brings on average a sub 90 mph fastball, a slider, change and curve. I can’t really commet on Walters, as I’ve never seen him pitch. One would judge, simply by velocity & pitch selection, that Walters is going to have to command his pitches to be effective. His short MLB career has seen him throw around 40% GB and life as a fly ball pitcher could be tough in the AL East. For now he’s looking like a AAAA arm that could eat up some innings in the bullpen. 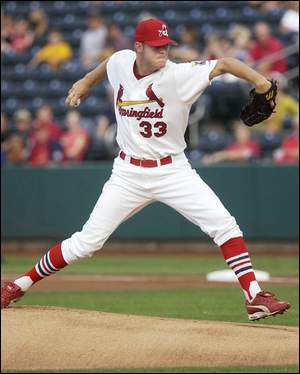 Octavio Dotel (B) –  The Jays paid $500K to buy out Miguel Olivo’s contract (+ considerations to COL) this past off-season, so it’s safe to say that A.A. values a type B pick at at least $500K, if not more. Also, it’s a strong possibility that the Jays would have paid the $750K to buyout Dotel from his 2012 contract. Therefore, this pick is worth around $625K after splitting the difference.

Corey Patterson – Turned himself into a useful 4th outfielder. Scrap heap signing that returned in the short term. Jays won’t miss him.

Marc Rzepczynski – Within the current regime, it seems that Rzep was slated to be nothing more than the mid-man. As it is a nice reliever that could go 1+ IP in outings. While not a gigantic loss for the Jays (in the scheme of the AL East), Rzep could flourish in St.Louis.

Zack Stewart – Keith Law over-rated Stewart after seeing one AA playoff start, thus setting the Toronto Blogsphere in motion. Back-end at best, his stuff could play in the AL Central or perhaps as a middle/set-up man that ramps up his velocity.

The Cardinals will also receive three players to be named later or cash considerations.

Mark Teahen – Once a highly touted prosepct, Teahen looks like a sunk cost. He can play 3B, 1B & OF, although, statisitcally speaking, he’s below average at all three. Mark had a strong 2006 (.874 OPS) and has steadily declined. His lefty bat is slighty above avg against RHP. A back-up and nothing more. His 2011 remaining salary pretty much offsets outgoing Frasor + Dotel. Mark is set to make $5.50 million in 2012. and is unlikely to earn a compensation draft pick when he hits free agency in 2013. 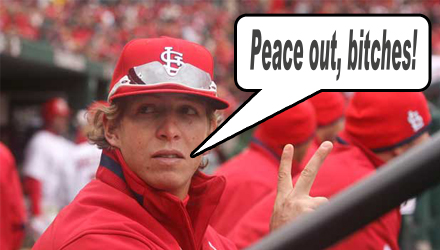 A 4-5 starter in Stewart

Two type B draft picks (for simplicty let’s round the picks up to $1.5 million in A.A value)

= Short-term dollar cost of $7 million + arms. Rasmus isn’t the absolute steal that he’s made out to be.

EDIT: Thanks to a point from commentor Gabriel re:cost of Dotel’s $750K buyout, adjust this number to $6.25 million

Stat anaylsis is difficult considering all of the circumstances regarding Colby, so I’ll avoid going in-depth (see ‘insert here’ Jays blog for a stat breakdown)

I’m not a believer in WAR $$ valuations (otherwise Scutaro would be worth $20.5 million in his final Jays season), so typing up a ‘he has to produce X WAR’ just doesn’t do it for me.

If you have a chance at being an elite breakout player, AA will pay the price to bring you in. Colby doesn’t have to produce at All-star level to bring value to this deal, although ultimately he’ll need to be better than his 2011 self to justify this deal to AA & most Jays fans.