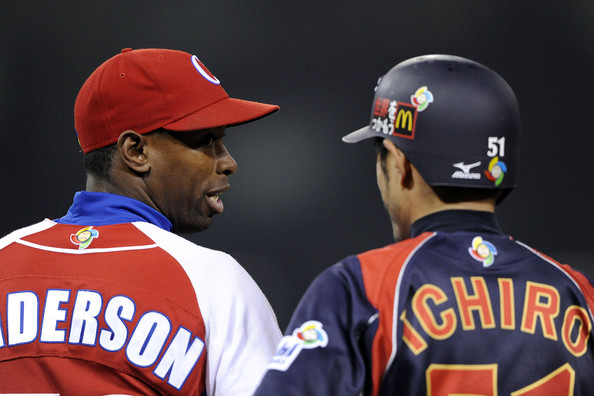 Cuban defector Leslie Anderson has been promoted to AA after having struggled at single A and is beginning to find his stroke.  The 28-year old Anderson can play all OF positions as well as 1B and has been playing both for the Tampa Bay Rays minor league affiliates.

The former Cuban national team standout has gap power similar to Lyle Overbay (when he was playing well) and is projected to hit 15-20HR at the major league level.  Like Overbay, Anderson is a patient hitter who takes many pitches.  In his Cuban National Series career, Anderson drew 417 walks compared to 376 strikeouts.  Unlike Overbay, Anderson can handle left-handed pitchers just as well as righties.  In his final Cuban season, he hit .379 against lefties and .382 against righties.  He sprays the ball to all fields.  Below is Anderson’s spray chart from 2009: 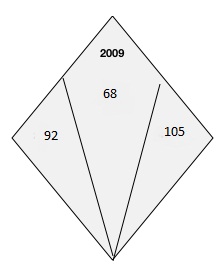 In Vanity Fair’s piece on Cuban baseball called “Commie Ball,” the author had this to say about Anderson:

The main character—the one you have to try not to watch—is the Camagüey center-fielder. He moves with the assurance of a player who knows he is the best; he sets himself apart by wearing, under his jersey, the sleeves of the Cuban national team. He runs and throws like a big-leaguer and in the first six innings makes several sensational catches in center field. He singles in one run, doubles in two more, and does everything with the grace and ease of a young man playing an imaginary game against imaginary opponents. His name, oddly for a Cuban, is Leslie Anderson. The game isn’t an hour old before it becomes clear that, whatever happens, Leslie Anderson is likely to be in the middle of it.

At least that’s how it looks to me. But it isn’t just any old opinion, it’s my opinion, and so naturally I look around for someone to inflict it upon. The only person at hand is the Communist Party official. After moving the first-baseman off the line, he’s returned to his seat behind me.

“Your center-fielder can really play,” I say, knowingly.

Used to be good? Leslie Anderson has just turned 26 years old—an age when baseball players are still improving, sometimes dramatically. At the age of 23 he made the national team and played in the World Baseball Classic. (Cuba lost to Japan in the finals; the U.S.A. team, stacked with major-leaguers, didn’t place.) Later, when I mention Anderson’s name to an agent who follows Cuban baseball, he says that “if he washed up on Miami Beach he’d be a millionaire. The only question about him is his power.”

“He’s off to a bad start this season,” says the government official.

“The season’s only been going for a week!” 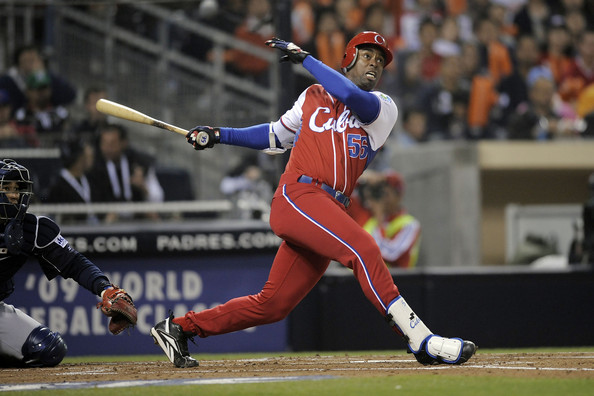 In March of this year the Tampa Bay Rays signed Leslie Anderson to a 4-year deal worth $3.75 million.  The signed him as insurance in case Carl Crawford and/or Carlos Peña decide to leave via free agency.

Upon signing with the Rays, Anderson was assigned to the high-A Florida State League, playing for the Charlotte Stone Crabs.  His stat line in Charlotte was quite odd for Anderson.  In 84 at bats he struck out only 6 times, but also walked only 4 times – a lot less than one would expect for a hitter as patient as Anderson is supposed to be.  Towards the end of his tenure in Charlotte, Anderson went on a 5 game hitting streak and was then promoted to the AA Montgomery Biscuits at the beginning of June.

In 12 games at Montgomery, Anderson has played well, hitting at a .314 clip with an OBP of .352. Over his last 10 games, Anderson is sporting a tidy OPS of .830.  Not spectacular numbers by any means, but decent for a guy from Cuba adjusting to the American game and way of life.

It is difficult to say if Anderson will get a call-up to the big club at any point this season; he is not exactly lighting the world on fire as a 28 year old low-level minor leaguer (albeit a small sample size). But the fact that he is making progress bodes well for the Tampa organization and the reputation of Cuban baseball in general. 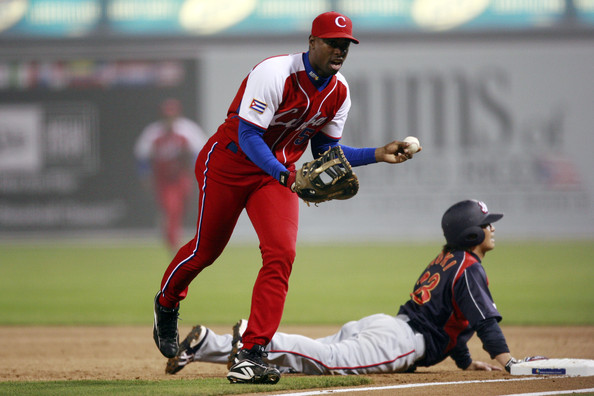