Daniel Farquhar (nicknamed Lord by his teammates, after the character Lord Farquhar in the movie Shrek) is a 5’11” Toronto Blue Jays right-handed pitching prospect who spent last season pitching for the New Hampshire Fisher Cats.  He is currently being groomed as a future closer candidate based on his success in single-A and AA last season.  Between the two levels he amassed 22 saves and allowed just 41 hits in 62 innings. 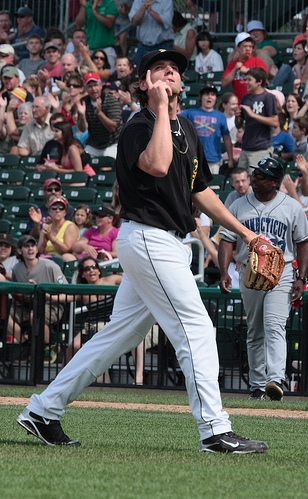 Farquhar played at the University of Louisiana for 3 years in a swing role and was dominant.   He struck out 115 and walked only 22 in 88 innings in 2007 and was on a similar strikeout pace to start the 2008 season until he mysteriously developed a drop in his velocity.  Toronto still decided to take a shot and drafted him in the 10th round of the 2008 draft.  The Blue Jays immediately placed him in a relief role and Farquhar’s velocity returned.  He allowed only one earned run in 17 innings with Dunedin last year and converted 7 of 8 save opportunities while holding batters to a miniscule .164 batting average against.

Farquhar’s fastball tops out between 95-97mph depending on which scout you ask.  What makes him most effective is his funky delivery and the fact that he throws from 3 different arm angles – over the top, sidearm and submarine.

His sidearm and submarine fastballs sit between 90-93mph with incredible life.  Farquhar maintains fine command and throws a quality breaking ball from both slots. He throws an average power curveball from the higher angle, and drops down to serve up a sweeping 78-82 mph slider that eats up righthanders. He also uses an 84-mph changeup as a show pitch.

It’s uncertain if he will start the year at New Hampshire or Las Vegas, but Toronto could be on his itinerary by 2011.

One scout had this to say about Farquhar’s relief appearance at a New Hampshire game:

He was scary good. I don’t know what he’s going to be, but any manager in the country would love to have that guy. I’ve never seen anyone throw that hard from that low.  You can’t throw hard from down there—it’s impossible. But he’s not just a raw arm speed guy.  He’s got pitchability. 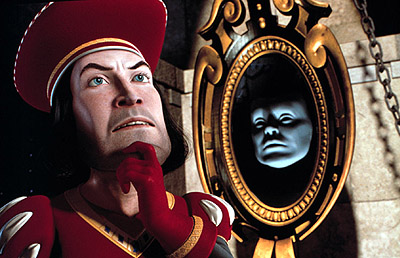 Farquhar was recently traded along with Trystan Magnuson for A’s OF Rajai Davis.  Here’s ESPN’s Keith Law on Farquhar’s value as a prospect:

Here’s a scouting report taken after Farquhar finished up his AA season:

Used as closer for Double-A New Hampshire, Farquhar continued to be wildly effective (4.9 walks per nine innings) as a sinker/slider reliever with two distinct arm slots. He prefers to drop down to side-arm and pitch at 88-92 mph with sink. From that angle, he makes use of both sides of the plate and mixes in a low-80s sweeping slider. From his three-quarters slot, Farquhar shows more velocity (up to 95) as well as a different version of his slider, a change and a cutter. He could be an important piece in a quality bullpen, perhaps working as set-up man.

Danny just completed his first season in the Arizona Fall League.  Here’s how he did:

Oddly enough, he did better, relatively/superficially speaking, against LHB than RHB (though it is a small sample size):