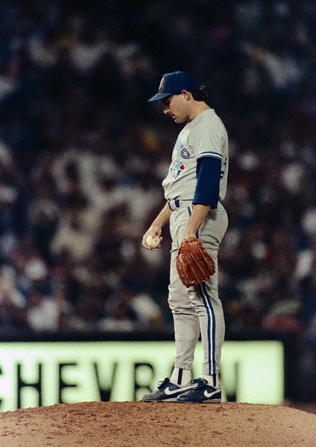 After Matthias’ excellent posting yesterday on Dave Stieb vs. Roy Halladay, I started to think about the perfect game that Stieb lost in the bottom of the 9th inning vs. New York in 1989. I was able to finagle some old footage of the game and it is amazing to see how close came to actually achieving the perfect game vs. those hated Yankees:

Stieb’s first pitch to Roberto Kelly can be seen around the 1:12 mark. To me, it looks like a strike.  But the ump calls it a ball.  Stieb follows up with a pitch that misses to make it 2-0.  At that point he is pretty much forced to pitch Kelly a strike and Kelly laces it into LF for the double. Had that first pitch been called a strike, Stieb would have had a little more wiggle room. What might have happened then?  Would Kelly have chased a fastball/slider combination from Stieb out of the zone? That’s what I love about the game of baseball.  Anything can happen and the entire outcome of a game can hinge on a single pitch.

Eventually, Stieb was able to achieve that elusive no hitter:

What is also remarkable about Stieb is that during the 1988 season he pitched 3 one-hitters, including his last two starts in which his no-hit bid was broken up by soft seeing-eye-singles with 2 outs in the 9th. Not so much remarkable as incredible.  He was truly a treat to have in Toronto and a bona-fide stud. 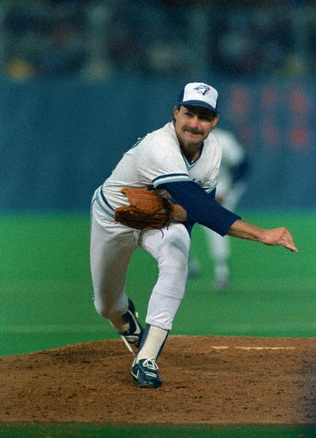 For those of you who have never had the pleasure of seeing Stieb pitch, below is a little highlight reel of his from the 1990 season.

Update: Kman took a couple of screencaps to see where the ball crossed the plate. 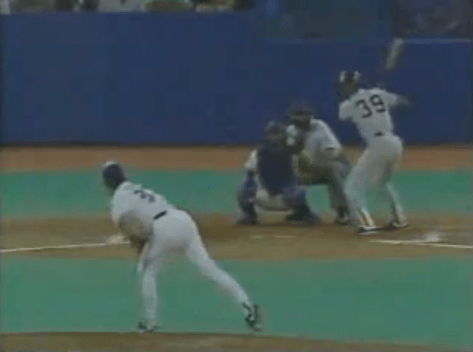 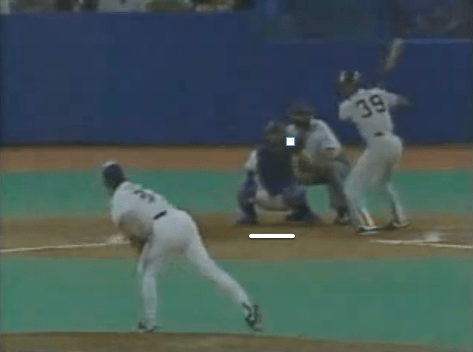 Judging from the screencap, it looks like the ball hasn’t quite reached the plate yet but is already on the inside corner.  What are your thoughts? 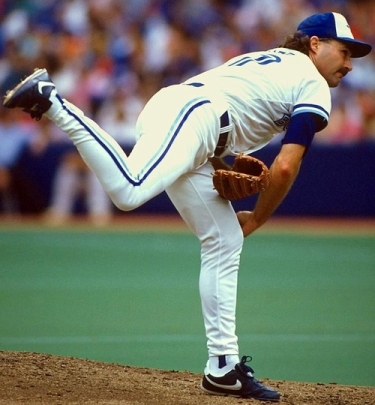