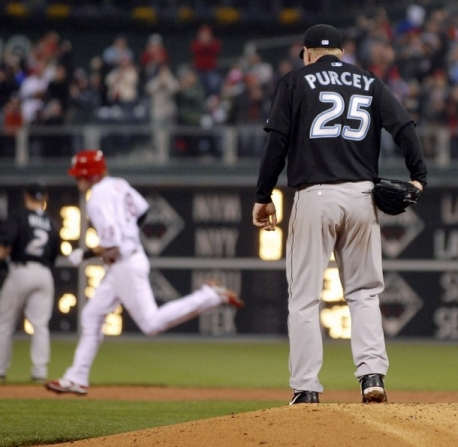 With the uncertainty about the Blue Jays picking up the option years on current closer Kevin Gregg’s contract, the closer’s picture for 2011 and beyond remains fuzzy.

Behind Kevin Gregg’s 52, David Purcey is second on team team in Games Finished with 18.  Not even former closers Jason Frasor or Scott Downs have that many.  It is clear that Gregg is not the shut-down closer that a contending team needs, like a Duane Ward or Tom Henke of days gone by.  He walks too many hitters and struggles mightly when pitching on back-to-back days.  And to be frank,  he doesn’t really have an “out pitch” that he can consistently throw for strikes.  It seems apparent that if Gregg departs, the next in line to fill the closer’s role will be none other than David Purcey. 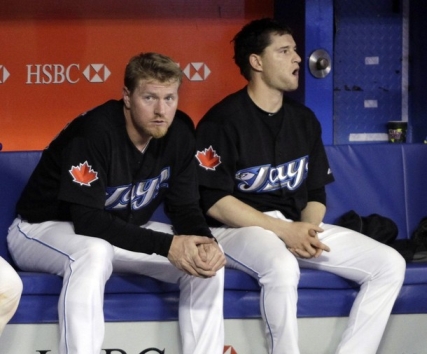 David Purcey ended last season as a starter.  He stunk.  Because Purcey couldn’t throw any of his 4 pitches for strikes, Blue Jays pitching coach Bruce Walton suggested that he cut his repertoire down to 2 – the fastball and slider – and move to a relief role.  In the minors Purcey showed flashes of success, striking out 28 in 21 innings.  However he still had difficulty locating the ball for strikes consistently and ended up walking 16.  No matter, Purcey was rewarded for his willingness to embrace a new role with a call-up to the big club on May 24th.

As the season wore on, Purcey was placed in high-leverage situations so the Jays brass could see what they had in him going forward.  When Kevin Gregg had pitched the previous day, David Purcey would come on in the 9th.  How has Purcey fared when pitching the 9th? Not so well.   Although he hasn’t walked many (only 3 – progress!) he’s pitched in the 9th inning 11 times for 10.1 IP with an ERA of 6.97 and 2HR allowed.  Not exactly confidence inducing.  Even when he came on in high leverage situations in the earlier innings, it was nerve-wracking.

To me, David Purcey is another Daniel Cabrera.  They both have filthy, at times unhittable stuff, there’s no denying it.  However neither of the 2 pitchers are all that athletic and struggle mightly with repeating their delivery.  It’s just a sloppy tornado of arms and legs up there.  Purcey will be well served to pitch in a relief role where he can pitch from the stretch in order to simplify his delivery.  David Purcey is a terrific candidate to replace Brian Tallet in 2011, but will I ever feel comfortable handing him a lead in the 9th inning? No. 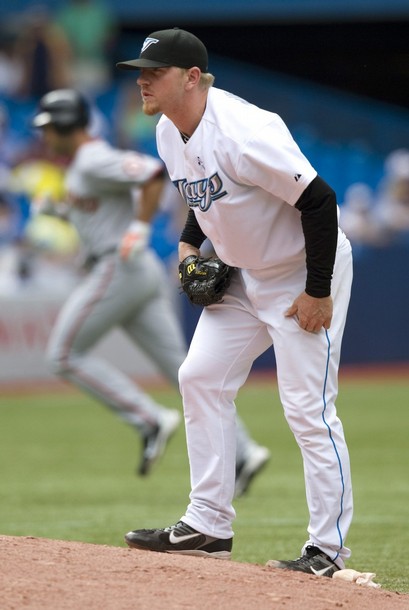