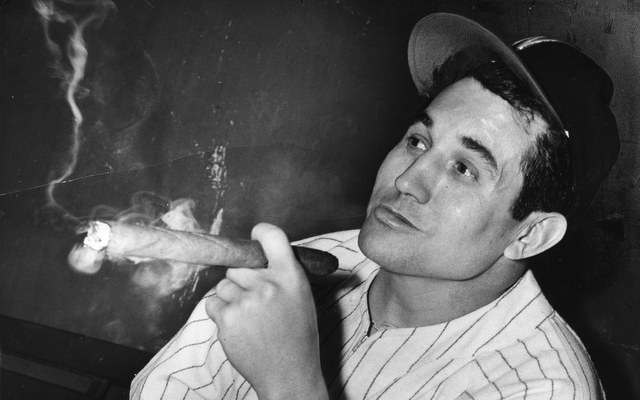 After the Toronto Blue Jays’ Saturday victory over the Twins, our party went to Legends of the Game, a sports memorabilia shop within walking distance from the SkyDome.  While most of Toronto is hockey crazed, Legends of the Game offers a significant amount of baseball curiosities.  One of these was a Connie Marrero 1953 Topps Baseball card.   I had to buy it.

The title of this post is the catch phrase of the oldest living former major leaguer Conrado Marrero (Ramos).  It refers to his advanced age while playing.   Connie was a 39 year old rookie when he broke in with the old Washington Senators more than 60 years ago.

There is much to be found on Marrero and is very accessible through the work of Kit Kreiger and his annual odyssey to Cuba to tour the mysterious realm of Cuban baseball.  Check out Krieger’s CubaBall website and his youtube videos of Marrero.  His age is disputed but he is about 100 years old.  Peter Bjarkman also has great information on Marrero.

Having been to Cuba on multiple occasions and going to games in Havana I have developed a keen interest in what is probably the second nation of baseball.  Unfortunately over the last 50 years the diplomatic tensions between the USA and Cuba has carried over into the world of sports.  Before the Cuban Revolution the two nations were connected not only by business and geography but also by baseball.  The Cuban League – which ran in the winter  – would give American born players a chance to hone their skills, make extra money and play in unsegregated leagues.  The Cuban League –  before integration – was arguably of a calibre that could compete with some major leaguers.

While Cuban players were stars in both the Major Leagues and Negro Leagues, Major League scouting took a greater interest in Cuba as players that would have been considered “too dark” (ie HOFers Martin Dihigo and Cristobal Torriente) to play in the majors were now open season to become Major League stars.  This also benefitted lighter skinned Cubans such as Marrero.

Marrero was born and raised in Central Cuba to peasant orange farmers.  He, like many Cuban youngsters, fell in love with baseball early.  He went on to a successful and dignified career with the Almendares Alacranes and Cienfuegos Elefantes.   Marrero made his debut with Almendares in 1939 and became their ace, going 127-40 over the next seven seasons.  In 1945, then a seasoned veteran well into his 30’s, Marrero was picked up by the Elefantes where he continued to put up solid numbers.  It is a Cuban cultural practice to give nicknames and Marrero’s nickname was Guajiro.  To translate loosely, it too is an American tradition to nickname their farm boy pitchers – Rube. 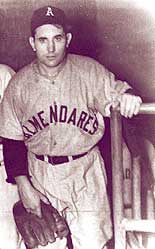 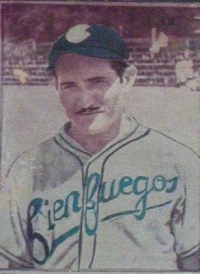 In 1946 every baseball fan’s dream came to Havana in the form of year-round baseball.  The Florida International League formed and stood up the Havana Cubans.  Rated as a Class C league, the FLIN featured many youngsters.  The Havana club gave the chance to many Cubans to go to America and be scouted properly by organised baseball.  In the loop’s second season, Marrero signed with the Washington affiliated Cubans.  At the age of 36 he outclassed his low minor league opponents and posted an ERA under 2.00 and a WHIP under 1.00.  He also pitched an impressive 271 innings.  Marrero pitched for three seasons for the popular and successful Havana Cubans.  He appeared in 110 games and sustained an ERA under 2.00 and WHIP around 0.85. 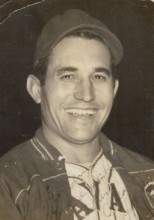 The Havana club was affiliated with the perennial also-rans Washington Senators.  So for the 1950 season Marrero moved from Havana to Washington (an impossible feat just ten years after) to suit up for the Senators.  At the age of 39 – and after pitching in thousands of innings – the major leagues did not see the best of Marrero.

Marrero was a bit of a cartoon character.  He had learned some English by the time he arrived in the AL but spoke with a very thick accent.  Even to other Cubans and Latin players Marrero spoke Spanish with a very rustic accent, consistent with his rural roots.  He was very short and stocky, even for the times.  Different sources list Marrero at 5’5” up to 5’7”.   He would pitch with a wacky windmill motion that gave the appearance of going backwards and forwards at the same time.  Like most of non-white American-born players of his time he would never have received proper instruction until at the highest level.  And being before MRI’s and visits to Dr. James Andrews, players would have to adjust and learn to pitch around sore arms and debilitating and otherwise career ending wear, tear and injury.  Marrero – like fellow Cuban Luis Tiant – had to throw junk to continue his career as a pitcher into his 40’s.  American teammates and the press often referred to Marrero as Connie and he lost his Rube nickname and was known as “Mr. Slow Ball”. 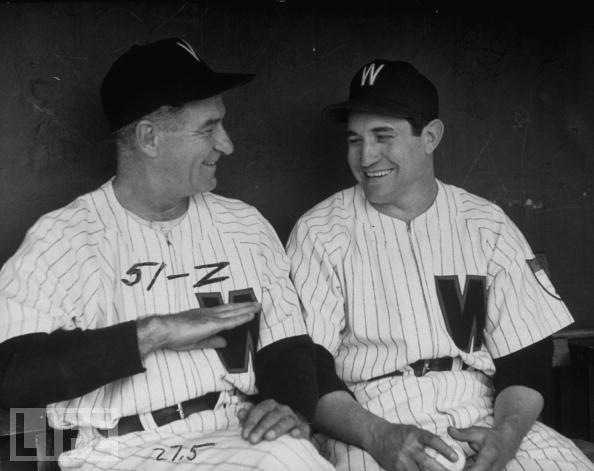 Marrero spent only five seasons in the USA, all with Washington.  His time in the majors is rather unspectacular.  He was the ace of the Senators for the 1951 and 1952 season and represented the Senators at the 1951 All-Star game.

Marrero has claim to two famous pieces of baseball lore.  In a game, it is said that Mickey Mantle pumped his fist when he threw out the 5’5” 40 year old pitcher from the outfield at first base.  Marrero took offense to the pretty boy showing up the veteran and probably also enjoying the challenging machismo.   When Mickey came up against the diminutive Cuban he was congratulated and warned by Marrero, “Nice play Mickey.  But now you pay.”  Legend has it that Marrero went on to strike Mantle out three times.  Going through game logs I could not find an instance that Mantle threw Marrero out or that Marrero K’d the Mick three times.  Perhaps spring training?  Perhaps hyperbole? 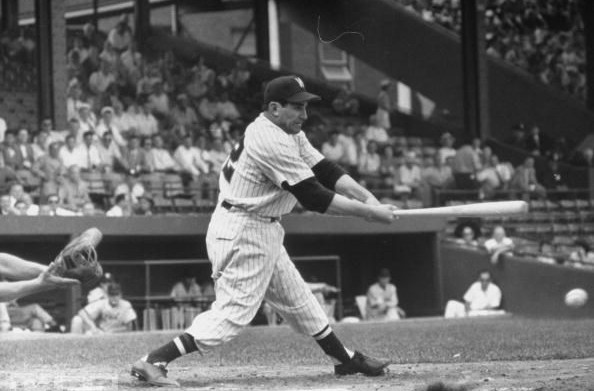 Marrero played his last Major League game on 7 September 1954 at Griffith Stadium against the Philadelphia A’s.  Marrero was the oldest active player at this point.  Baseball lore points to this game being the smallest attended game in the history of the American League.  Baseball Reference indicated the attendance at 460 patrons.  Other sources say smaller.  There is a famous picture of Griffith Stadium in Lawrence Ritter’s Ballparks that shows an empty Griffith Stadium and who may be Marrero on the mound. 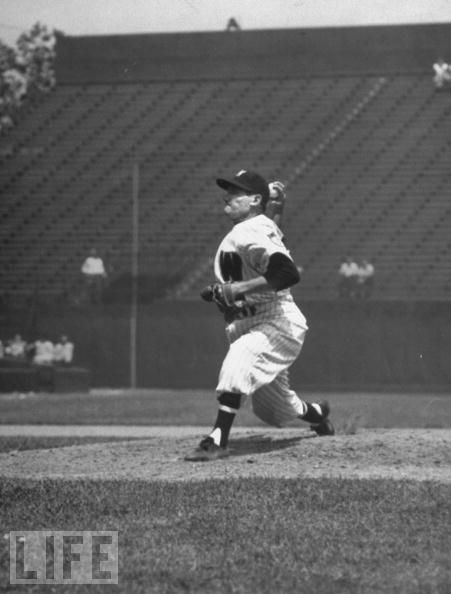 For the 1955 season Marrero returned to Havana and joined the AAA International League Sugar Kings and Preston Gomez as a player/coach.  After his years in Washington where his club never finished above 5th Marrero became a winner again with the popular Sugar Kings.  He was the pitching coach for the 1959 Sugar Kings who won the Junior World Series in a baseball mad city that thought Major League Expansion was just around the corner.

Marrero stayed on with the Sugar Kings in 1960 but with the turmoil of the Cuban Revolution and the effect that it was beginning to have on professionalism and the political situation at a boiling point between Havana and Washington the International League was forced to move the Sugar Kings midseason.  It was generally understood that the many Cuban players who were moving to Jersey City or playing outside of Cuba would never again be allowed to return to Cuba.  With this in mind Marrero decided to stay in Cuba.

During the early 1960’s the Cuban League was disbanded under the Castro regime and organised baseball left the island.  Two new leagues were eventually formed in the National Series and the Selective Series.  Marrero was already in his fifties when the amateur leagues really took hold in Cuba but he remained active and was a pitching coach for the Granma Alazanes into his eighties.  His last official act for baseball was at Estadio Latinoamericano in 1999 when he threw out the first pitch at the exhibition game between the Cuban Nationals and the Baltimore Orioles.

Marrero now lives in a shared Havana apartment.  He suffers from regular old age maladies but his apartment is always full of cigar smoke and baseball stories.  He, like many Cubans, struggle to make ends meet.  He has been denied his baseball pension due to the fifty year old trade embargo on Cuba. 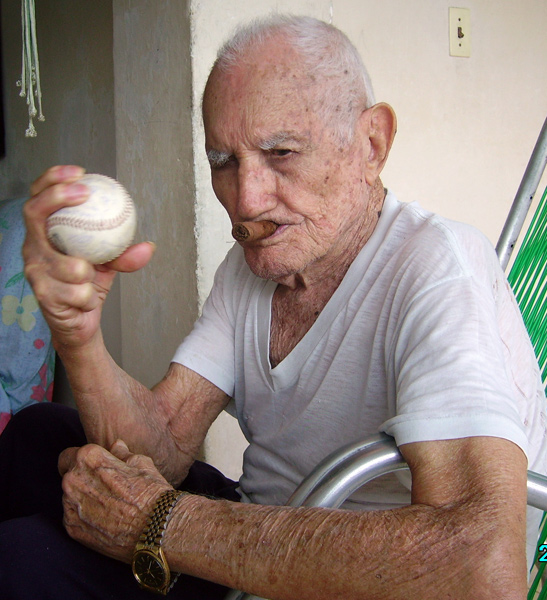 Marrero, will likely turn 101 years old this August – the oldest living major leaguer.  Perhaps death is still looking for the old man on the baseball field. 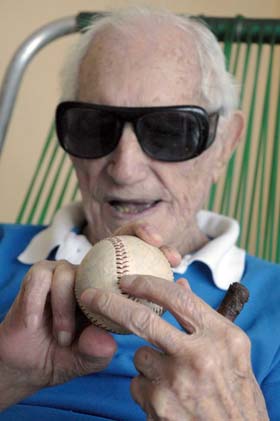 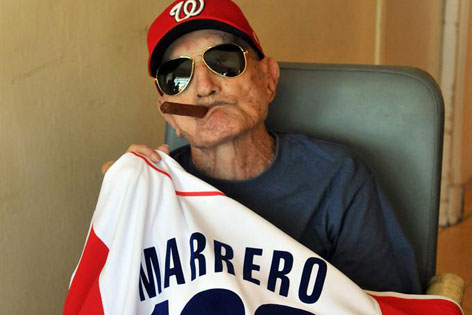