Jamie Campbell:  If the minor league season were to be extended a little further, would you envision (Romero) being demoted the way things are going?

Dirk Hayhurst:  He’s absolutely warranted a demotion … 8 walks is just far too many walks to stay in the big leagues with.  I’m a big Ricky fan, I played with him, I like the guy, but at some point you have to look at all this failure and realize this is beyond the confines of normal failure, this is now stretching into the area of embarrassment. He’s out there and he’s embarrassed himself. He knows it, the fans know it, the team knows it.

While it is refreshing to see a Sportsnet personality not shilling for his Rogers overlords, Dirk would do well to choose his words a little more carefully. 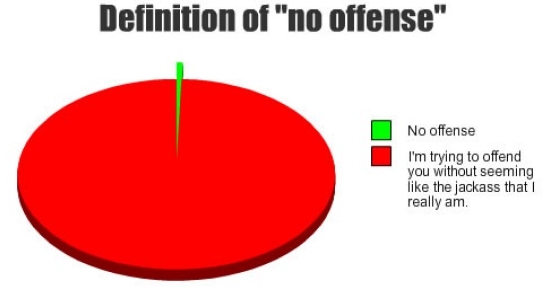 Stating the fact that he’s a fan of Ricky, that he played with Ricky and that he likes him is no excuse for belittling him on a national stage. Trust that the “no offense, but…” trick won’t work on Ricky; Dirk will most likely be reminded of that fact the next time he interacts with the team. 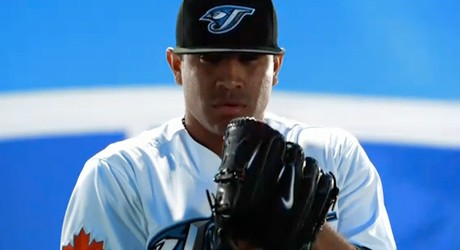 There was an interview I read not long ago with the lead singer of The Cult, Ian Astbury.  He was asked about music critics, but his answer is applicable here.  This is what he said:

It is really interesting in the blogosphere and the commentaries, now that everyone comments on blog posts, the amount of hate, jealousy and envy that is spewed. It is unprecedented. I have never seen such an acerbic display. Then you bust people by posing the question, “What are your life experiences? What have you achieved? What have you actually done?” This is the interesting thing, because with the internet and social networks, blogging, everyone has an opinion. But what we don’t see, and what we don’t get, is their credentials. Now I think if people were fair, when they make their opinion, they have to make their credentials available. If you’re critiquing something, if you’re a critic, then you make your credentials available.  Your life experiences. Not your education, not just like, “I went to this college or traveled.” What have you experienced? What were the major events of your life that give you this kind of unique perspective? Give us some insight into who is sharing this critique with us. It’d be more likely to see an authenticity in that critique.

We know about Hayhurst’s credentials and his life experience from his two books The Bullpen Gospels and Out of My League. In fact, Hayhurst describes baseball as a constant struggle, so much so that he succumbed to bouts of depression because of it.  Dirk bounced around from team to team, from minor league level to minor league level, while only getting a taste of the bigs in 2008 and 2009.  In total, Hayhurst has pitched 39.1 innings at the Major League level.  He knows what it’s like to struggle.  He should have an appreciation for what Ricky is going through.  Yet Ricky is an embarrassment for walking eight in a game?  What does that make Dirk?

I’m not saying you have to have been a Major League All-Star to be able to level criticism at another player, but if you are going to do so, at least have some sort of self-awareness.  I understand that making inflammatory comments is part & parcel for a best-selling author seeking publicity.  But if Dirk wants any sort of longevity in this media gig, he’ll need to tone down the hyperbole and personal attacks. While Hayhurst is a best-selling author and two-year major league “veteran,” he is a rookie in the media game with zero credentials. He should act accordingly.  Alienating members of the team you cover is a career-limiting move.  Seek out the veteran presence for advice on how to handle yourself.

Apparently I wasn’t the only one who took issue with Hayhurst last night.  Today on his radio show with Sam Cosentino, Dirk clarified his true intention regarding last night’s statements.  While I’m not comfortable with the way he throws around “he embarrassed himself” (1:36) and “embarrassment,” it’s clear that Hayhurst is backpedalling on the intention of his comments.

Hayhurst, the former pitcher perhaps better known as an author and broadcaster, sparked an online hullaballoo after he said on Sportsnet TV that Romero’s performance has descended “into the area of embarrassment.”

“He’s embarrassed himself,” Hayhurst said. “He knows it, the fans know it, the team knows it.”

When told about Hayhurst’s comments on Wednesday, Romero first said he did not wish to respond. Then, without mentioning his former teammate directly, he made it clear he thought the remarks were unfair.

“People can say whatever they want as far as me going to the minors and this and that,” Romero said quietly after finishing his throwing drill in the outfield. “But a lot of guys struggle in this game, not just me. I don’t see stuff like that mentioned for them.

“It’s easy to pick and do all the dissecting when you’re sitting behind a desk. The toughest thing is going out there and actually putting on a uniform and just dealing with it.”

Romero acknowledged, however, that he has been embarrassed by his string of losses, his league-worst 5.63 ERA and his league-leading 87 walks, all of which have come after a season in which he won 15 games and posted a 2.92 ERA.

“You come out of a game and you sit and think about how embarrassing it is,” he said. “It’s been tough.”

Hayhurst took pains Wednesday to clarify his comments, both on Twitter and in a radio debate with co-host Sam Cosentino on The Fan 590’s Baseball Central. His use of “embarrassment” was “very polarizing to a lot of fans,” he acknowledged on the radio program.

“I don’t think that Ricky is an embarrassment to pitching,” Hayhurst said. “What I think is happening is he embarrassed himself. You could see it on his face and you could see it the way he reacted when the opposing team’s fans — the Tigers’ fans — applauded him for throwing a strike.”