This next article in my series on International Baseball should be of particular interest to Toronto Blue Jays fans – especially those from the mid to late 1980’s. I’m talking about Dominican Baseball. 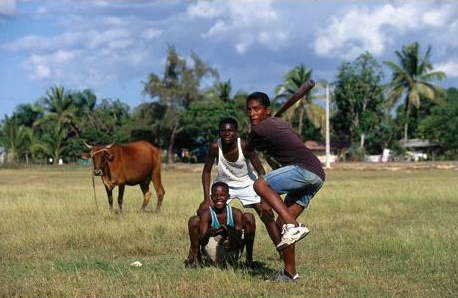 Prior to the Toronto Blue Jays first season, the club hired scout Epy Guerrero, who is widely regarded as the scout who has signed the most Major League players. He signed all of his players out of the Dominican Republic for the most part, and is responsible for leading the influx of latino talent into the Major Leagues. Some of the most well known Jays stars from the past have been signed by Epy. They include: 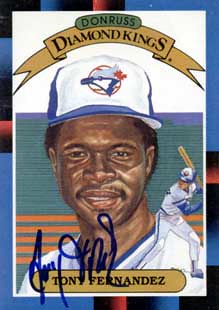 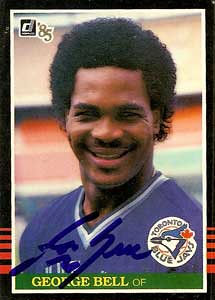 From 1962 to 2008, 79 players from San Pedro de Macoris have made it to the major leagues.  This is quite impressive when you consider the fact that the town has a population slightly over 200,000. (By comparison, New York City, with a population 27 times that of San Pedro, has produced 129 major leaguers over the same time frame.)

One of the reasons for the disproportionate number of big leaguers produced in San Pedro is the fact that they play baseball not as a game, but as a means to leave the island; to leave the life of sugar cane fields and poverty.

Baseball was actually introduced by the Cubans during the 10-Year War (1868-1878) and they adopted the game as fervently and as passionately as the Cubands did. All of the Dominican Republic is a baseball hot spot, especially in and around the cities and towns of Santo Domingo, San Cristobal, Bani, Nizao, Santiago, Cotui and La Romana. 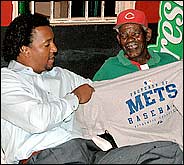 Nearly every MLB team has an academy that aims to train and house Dominican-born prospects. These academies also serve as the site of the Dominican Summer League. Among them are:

A look inside a Dominican Academy can be found here. 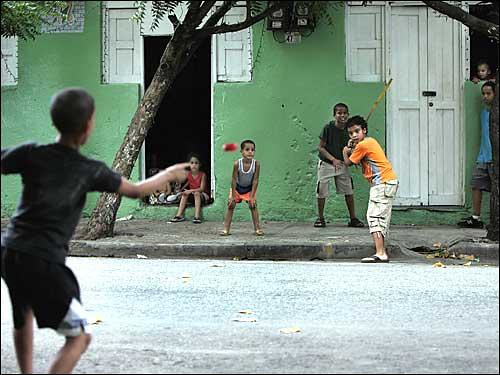 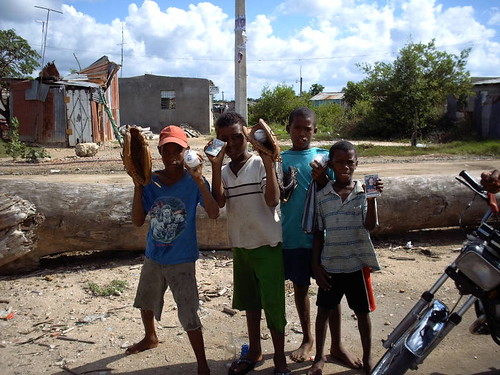 Wood bats are primarily used, as Dominicans can rarely afford a wood bat, let alone an aluminum one. (This is very true, I travelled to the Dominican in 2004 and saw a baseball game near Puerto Plata. Many of the players were using cutouts from cardboard boxes as makeshift gloves). 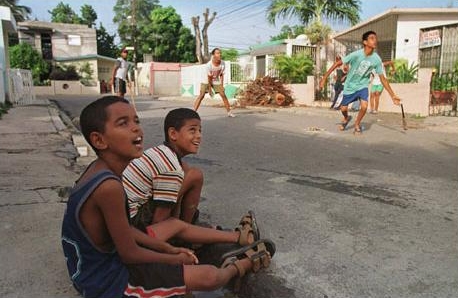 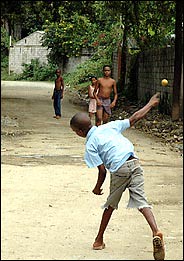 The Dominican Republic’s amateur “program” has been limited due to a lack of funding. In addition, MLB teams sign players from the country from 16 years old, further limiting the ability of Dominicans to represent their country. The Dominican Summer League, operated by MLB clubs, is the first stop for Dominicans signed by their organizations.  This is why the Dominicans are ranked so low on the IBAF’s world rankings. 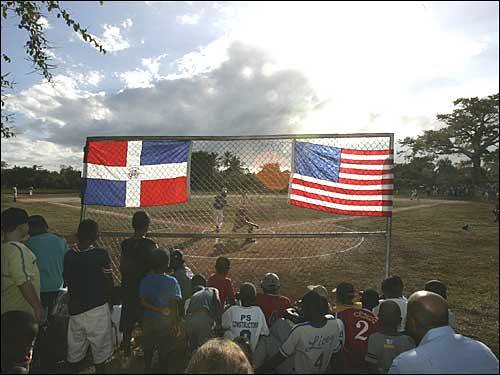 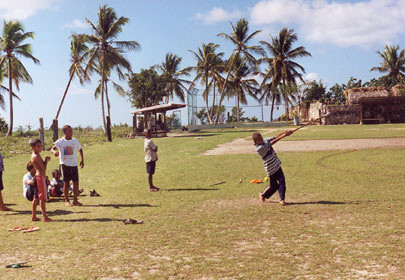 After breakfast and stretching, it’s baseball from 8:30-noon, with instruction that includes as many as seven coaches along with drills and some intra-squad games. Following a hearty hour for lunch, the players usually return to the fields or lift weights until around 5 p.m., when they break for a big fat dinner. English classes follow supper, after which most Dominicans are so exhausted they go to sleep.

The capacity of the Dominican’s best ballpark is about 7,000-10,000,  Estadio Cibao, . Santiago’s Estadio Cibao, is by far the most festive and aesthetically pleasing ballpark in the Dominican Republic. The grandstand consists of mostly wooden seats with seat backs while bleacher seats obviously do not. And unlike in Puerto Rico, the Dominicans arch rivals, all Dominican ballparks feature natural grass, both in the infield and the outfield. 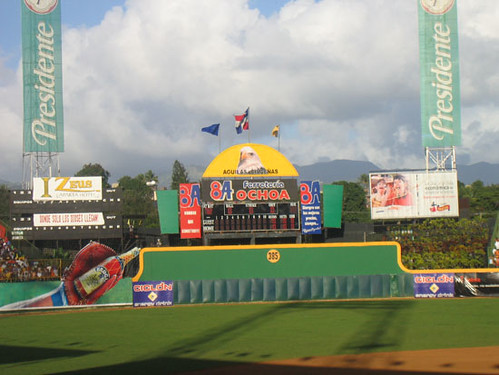 Attend any baseball game in the Dominican Republic and expect a lot of noise, from merengue on the sound system to voices screaming for success and young boys chasing after a foul ball. Fans bring whistles and other noisemakers, and can generally go berserk.

This was evident in the World Baseball Classic in games between any of the Latin-American countries. 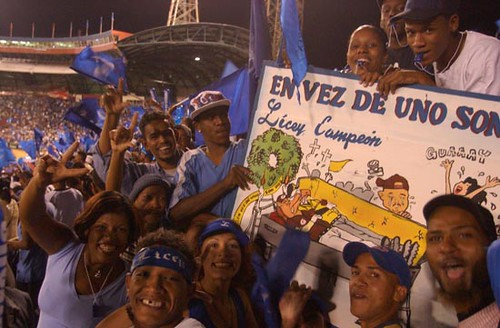 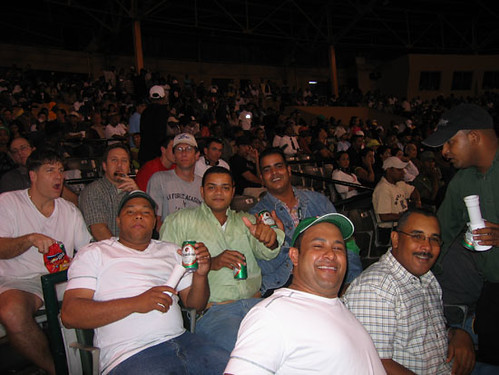 There is a sign that greets “Los Tigres” as they enter the locker room from street level, which reads, “Por estas Puertas entran los Mejores Peloteros de este Pais.” In English it means, “Through these doors walk the best players in the country.” 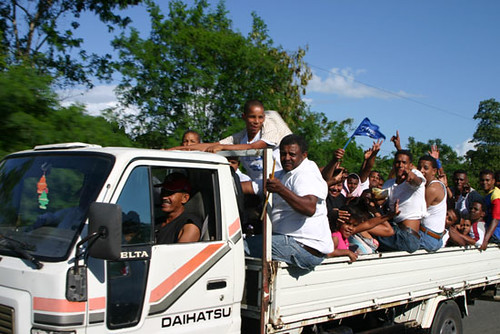 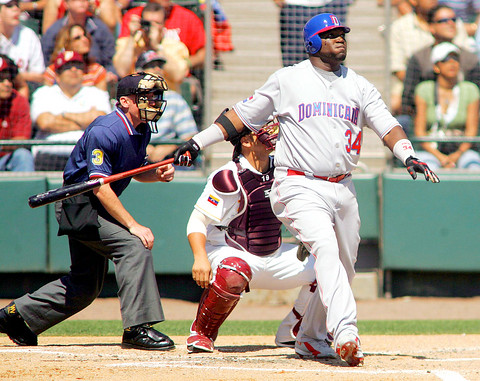