Duane Ward was a right-handed reliever for the Toronto Blue Jays from 1986-1995. Primarily used as a set-up man to “The Terminator” Tom Henke, Ward came into his own as closer for the World Series-winning 1993 club. His statistics are quite remarkable: Ward had two 200+ ERA+ seasons and pitched five years in a row of more than 100 innings in a relief role.  His strikeouts per nine innings pitch in 1993 was over 12 and he had a 4:1 K:BB ratio. Sparkling.  Below is a video of the man himself, narrated by Tom Cheek. 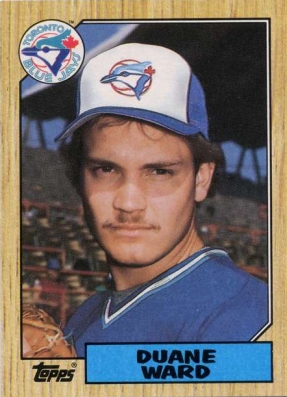