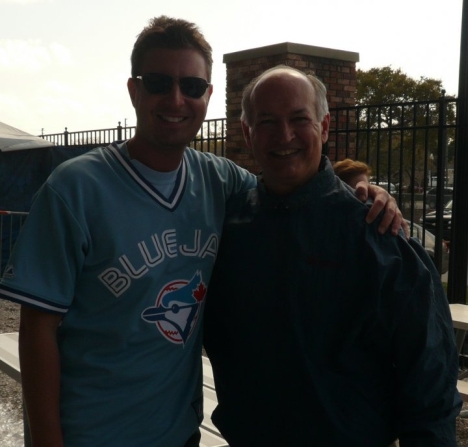 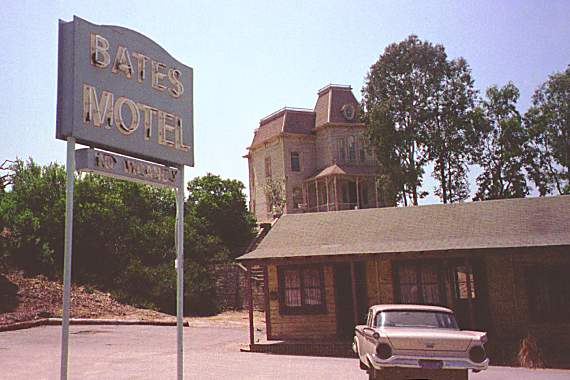 The game was Jays vs. Orioles, Ricky Romero vs. Jeremy Guthrie.  Romero was inconsistent early on, dominating hitters before losing control of the strike zone.  Guthrie was just missing his spots and missing them just enough for the Jays to crush him.  John Buck had a nice at bat, taking a borderline 0-2 pitch at the knees for a ball before crushing the next pitch into the black of the batter’s eye in straightaway centrefield.  Travis Snider also intensified his bid to make the opening day roster by hitting two home runs.

Ricky Romero settled down a few innings in and was making the Orioles look silly whenever he pulled the string.  A new addition to the in-game experience is the introduction of an MC at these Dunedin games.  Her name is Valerie and she is magnificent.  She makes fans play rubber chicken games, throws out t-shirts to the crowd, tries to find the Canadian with the craziest sunburn – you know, regular stuff.

Koji Uehara came on in relief of Jeremy Guthrie and he was dazzling. He doesn’t have overpowering stuff but he wholly embraces the art of pitching. Changing speeds, eye levels, disrupting timing – he was doing it all, and making Jays hitters look silly. He made Johnny Mac look REALLY bad early on, but he made adjustments and then stroked a double.  I was impressed with that at bat a great deal. Unfortunately for Koji, he sustained an injury. I’m not sure if he hurt his arm or foot as he was favouring both, but he immediately left the game. To replace him was a submarining left-hander named Alberto Castillo who made left handed hitters throw up in their mouths a little bit.

One thing I noticed was that Vernon Wells seems to have taken Joey Gathright under his wing.  Vernon was constantly giving Joey pointers, patting him on the back and sharing a laugh. This could be good news for Joey as there was a point in time where Vernon was the premier centre fielder in the American League.

After the game I hung around the ballpark for a bit and happened to run into Jerry Howarth.  Having listened to him on the radio since I was 5 years old, it was surreal to hear his voice in person. Of course the 5-year-old-me took over and I started stammering that he was my favourite and I was a Jays bl-bl-bl-blogger.  He was super nice, just like I always dreamed he would be. Ha ha ha.
After the game I had to find a place to stay.  Not a good scene to say the least.  Not a single room was available in Dunedin, Palm Harbour, Tarpon Springs or Oldsmar.  Not even a comparable cockroach motel.  Luckily I had a kind soul in Canada looking out for me, trying to find some place that had vacancy in the Greater Tampa Area.  There was just one! The Travelodge in Clearwater… that is right beside Lenny’s!!!  Great spot and I am happy to be here for the duration.  However, it did take me like 5 hours to get to that point so I was hungry and went to a burger place nearby called “Five Guys.”

This is easily the best burger I have ever had in my life and all the toppings were free!  My burger consisted of  roasted onions, peppers, onions, lettuce and ketchup.  Delish.  The menu for Five Guys can be found here. And now, without further adieu, footage of our Jays!

Miguel Tejada hits a line drive.. as called by the Orioles fan sitting next to me.

Base hit for Vernon Wells!

Like a disobediant dog, Travis Snider leaves the yard.

The Johnny Mac at-bat I was talking about earlier.

Koji Uehara putting on a clinic.

Matt Weiters crushes one off the batter’s eye over the CF fence.

A single for Brian Dopirak.