Day 2 started off phenomenally.  Keith Law made a barbecue recommendation on his blog and I didn’t get a chance to try it the first time I was down for spring training. Eli’s is a Q shack that is only open Friday & Saturday from 11am-6pm.  Elijah Crawfoot is the proprietor and he works in stucco and tiling the rest of the week which is why the shack is only open 2 days a week.  I had the pulled pork sandwich with a side of beans and slaw.  I also tried the beef brisket which is exactly how it is supposed to be – not dripping wet like you find in Canada.  Both were spectacular, possibly the best ever. 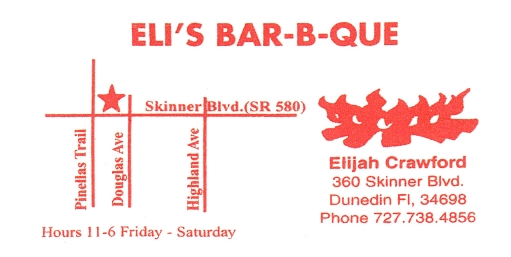 Eli’s menu can be found here.

After Eli’s I rolled over to the Bobby Mattick Training Centre for a simultaneous doubleheader.  The Las Vegas 51s and New Hampshire Fisher Cats were playing beside each other.  Dustin McGowan was making a rehab start for the Jays.  Brad Lincoln got the start for the pirates – and he looked sharp. I ran into Daniel Farquhar who was tracking the velocity of Dustin’s pitches.  It turns out he speaks fluent Spanish since his Mom is Venezuelan. The more you know…

Thanks to Danny, I found out that McGowan was 87-88 with his fastball, 80 on his change, 73 with his curve.  He showed a few flashes of brilliance but was unable to hit his spots for the most part.  Judging from what I saw, he is not near ready to be with the big club on opening day.  I expect him to start the season on the DL.

Brett Wallace is as advertised.  He is a very patient hitter with a good handle on the strike zone.  The ball is loud off his bat and he will be a great hitter for a long time when he joins the Jays.

Kyle Drabek  came on in relief of Dustin McGowan in the 2nd inning.  Against minor league hitters he was very impressive.  His fastball was located well yet didn’t have a lot of movement. It topped out at 93mph.  His curve was great.  He’s got great stuff and could pitch right now in MLB, stuff-wise.

This game was attended by many scouts, including former Jays player and employee Rob Ducey.  As well, all of the young low-level prospects were in the stands watching the game. I tried my spanish with Balbino Fuenmayor and found out that his nickname is “Balbi.” 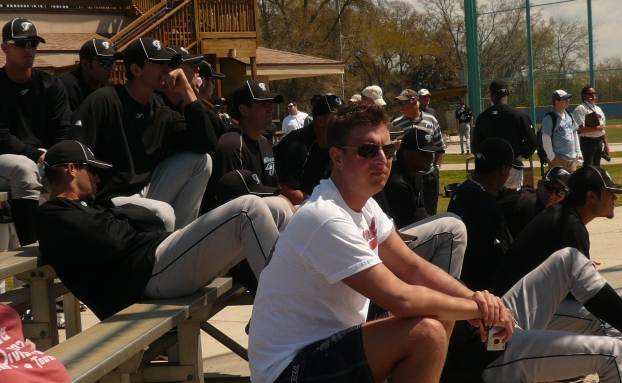 Adam Loewen looked better against LHP but still not fully comfortable.  Canadian Leon Boyd played in the AA game.  He has a funky delivery with a lot of movement on his pitches.  Not much velocity though – it will be interesting to see how well he does this season.  Moises Sierra was also on hand and he was jacked up. Just a wall of muscle. Look out. 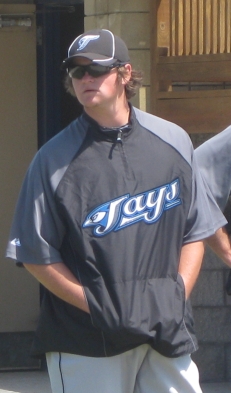 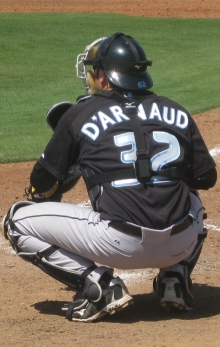 The full story, more or less, can be found here.