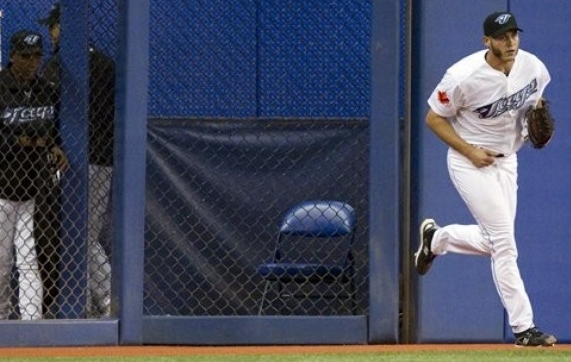 Last night marked Dustin McGowan’s first appearance since July 8, 2008.  Despite some nerves, he looked as good as ever.

The last time I checked in on Dustin McGowan was in spring training of 2010:

Unfortunately McGowan didn’t have the full range of motion in his shoulder and was only able to ramp up his fastball to 87-88mph.

He went on to have shoulder surgery shortly after to correct the problem and proceeded to go through another year of rehab.  After a long extended spring training in 2011 and subsequent minor league rehab, McGowan made his triumphant return to the Major Leagues last night, and what a sight it was to behold. 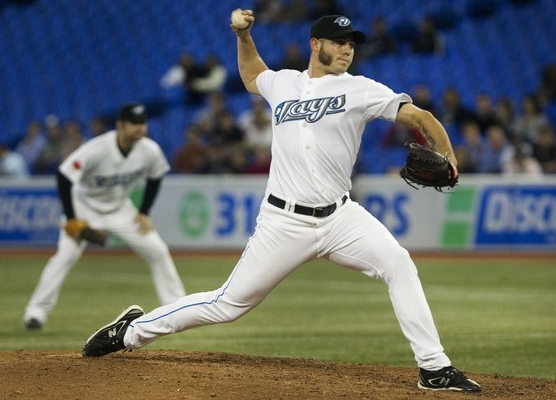 McGowan threw mainly fastballs from the get-go and the Red Sox were quick to clue in.  As a result, they laced a few base hits the other way.  McGowan began to mix in his slider and change, and although rusty early on, he found the touch & feel of those pitches.  They were simply nasty. Unfortunately MLB.com doesn’t have the footage of it, but Dustin McGowan struck out Darnell McDonald on a slider that would make Dave Stieb jealous. It was unbelievable.  Here are a few of his highlights:

It was fun to see catcher JP Arencibia chatty and excited talking with his shiny new toy in Dustin McGowan in the dugout between innings.  To be sure, Arencibia hasn’t caught stuff that filthy very often, if ever. 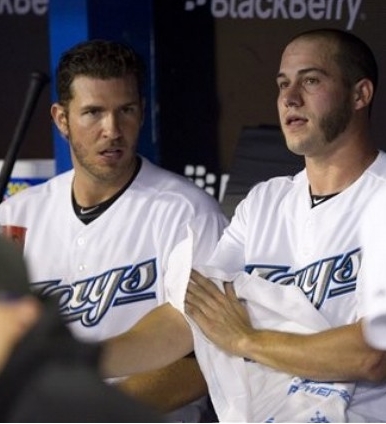 I don’t usually feel a tug on my heartstrings when watching baseball, but I’ve been a Dustin McGowan fan since I saw him pitch in spring training in 2002.  His stuff is electric and he is just a fun player to watch.  This was a fantastic moment in an otherwise miserable night.  After an off-season of rest, I hope to see McGowan come back as a strong member of the rotation.  That said, I recognize that McGowan’s careerwin-loss record and peripheral numbers are not outstanding and he is not the saviour of the ballclub. He could be the next AJ Burnett as easily as he could be the next Felix Hernandez. But it’s stories like these that make baseball so special to me and cause me to take a vested interest in players as people. 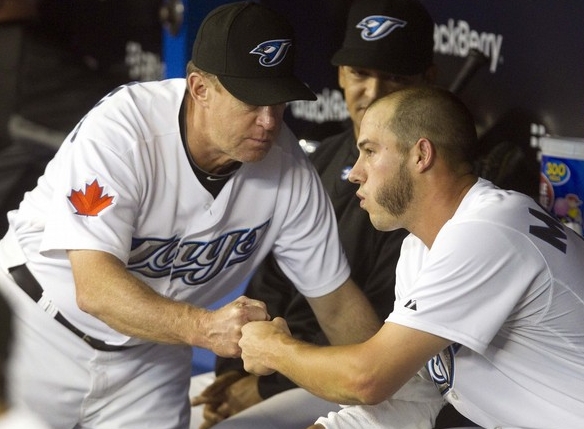