Can’t beat that. I’m usually against the Jays carrying this much organizational bullpen depth (trade for a bat is my logic) but it certainly came in handy yesterday.

A grand total of 11 combined HR by both teams in the past two games. That was fun

I’ll admit, I was weary heading into the Philly series. A sweep vs the defending World Series champs has to be a huge confidence boost for the club. They’re only a game back of the Yankees (current Wild Card leaders)

With all of the hoppla surrounding Rios yelling at kids, the injuries, and Rolen’s stud stature, Adam has somewhat quietly hit 6 HR and .371 this month. Lind is making a serious run at an all-star selection this season.

Jeremy didn’t allow an HR in AAA Vegas this season (over 24 IP). That’s quite the feat in that league and ballpark.

Hayhurst for the rotation 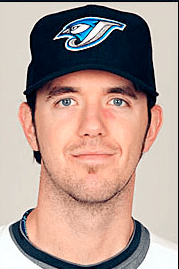 As we pointed out before his start, Mills was walking everyone over his past four minor league starts. Yesterday he walked four. I’d give the kid one more start and if the control isn’t there I’d send him down. He hasn’t had success at any level this season (and to be fair he fizzled out towards the end of spring training). Hayhurst has looked good so far in the pen and started a game in AAA back on May 14th. I’d like to see Dirk next in line for a rotation spot.

Barajas one of the keys to victory?

Even though the Nat’s pitching staff is a joke they do have some dangerous bats. Check these lines out;

On a side note the Mop Up Duty crew has some liveblogs over at The Score this weekend. The Yankees at Marlins at 7pm Friday, Rays at Mets Saturday, and Brewers at Tigers 1pm Sunday. Direct Link – http://liveblogs.thescore.com