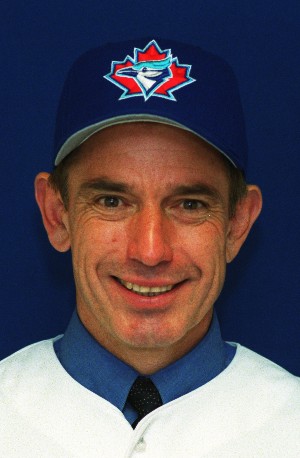 In honour of the long overdue of Buck Martinez to the broadcast booth, I’d like to bring back the memory of the most spectacular double play ever made in major league baseball history. It was July 9, 1985 in vs. Seattle at the Kingdome.

MARINERS 3RD: Bradley singled; Davis flied out to center; Filer
balked [Bradley to second]; G. Thomas singled to right [Bradley
out at home (right to catcher), G. Thomas out at home (catcher
to left to catcher)]; Martinez breaks ankle on collision at
plate; Thomas takes 3b on throw; Martinez (on ground) throws
into lf; Bell throws home and Martinez makes catch and tag while
seated;

The ankle turned out to be dislocated to go along with a fractured leg.  To go beyond the boxscore, the play really went down like this: Buck  took a throw from Jesse Barfield in RF and blocked the plate. Phil Bradley, trying to score from third,  slid into him breaking his leg and dislocating his ankle. 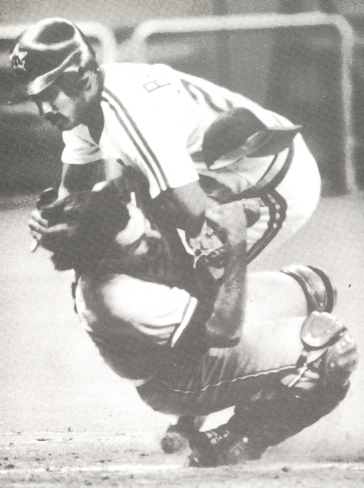 Buck then saw his old friend Gorman Thomas from their Milwaukee playing days (the guy who stroked a single to Barfield in the first place) taking third base and tried to throw the ball to Garth Iorg but the ball sailed into left field where George bell picked the ball up and threw a strike to the sitting Buck. Meanwhile Thomas – seeing his friend in serious trouble –  rather than have a collision at the plate, moved around Buck and eased up. 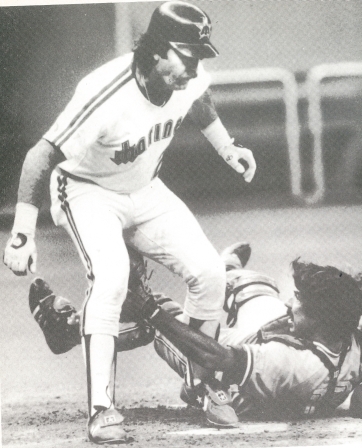 As a result Buck tagged him for an easy out. A class play by Thomas in a sport where ususally no inch is given – not even for a friend. Score that a 9-2-7-2 double play.

Update: We now have the footage! See below.

After the play Jimy Williams approached Buck and said “I don’t know how you did it, Buck, but that was the greatest play I’ve ever seen.”  When Buck was placed on the stretcher, George Bell took an end of it and insisted on carrying his “Boockie”, as he called Buck, into the clubhouse. “I’ll carry him, I’ll carry him,” he was saying.

Gorman Thomas came to check in on him right away.  “Nice going Martinez, you got me booed! They booed me ’cause I didn’t slide!” Then he asked Buck if he was okay.  Gorman Thomas was a true friend and stayed with Buck until the ambulance arrived. 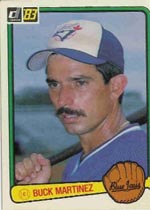 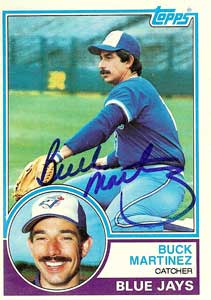 Martinez never fully recovered from the broken leg and dislocated ankle and I would argue as Toronto Blue Jays fans we are the better for it.  Buck worked as a broadcaster for the Blue Jays until 2000 when he took over from Jim Fregosi as the club’s manager.  He also has written two books: From Worst to First, about Toronto’s first division title in 1985, and The Last Out, about his final season as a player. 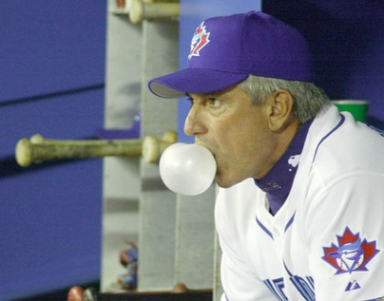 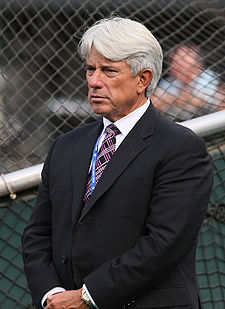 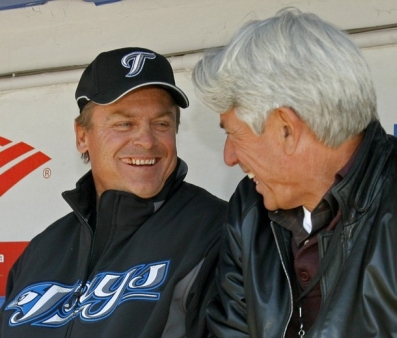