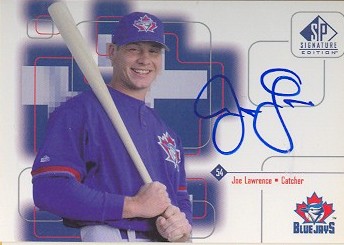 Joey “Whoa” Lawrence was 25 years old when he broke into the big leagues on April 8, 2002, with the Toronto Blue Jays.  He was the Blue Jays’ 1st round draft pick in 1996 (16th overall) and quickly became the apple of then newly minted GM JP Ricciardi’s eye.  Lawrence, a former St. Catharines Blue Jay, was called a “tremendous athlete” by Ricciardi.   “He reminds me of Kelly Gruber, and we’re going to keep him, because in a couple of years he could be a heckuva player,” Ricciardi said. 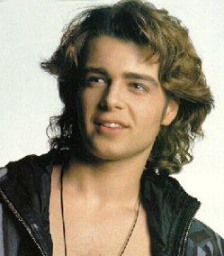 Heckuva player? Not so much.  This quote is just further evidence that JP Ricciardi is absent of any skill in evaluating talent whatsoever.  Joe Lawrence won the 2B job out of spring training by default – JP Ricciardi banished top prospect Orlando Hudson to the minor leagues after Hudson remarked “When I first met J.P., I thought, ‘Smooth cat – smooth-lookin’ cat. He looks like he was a pimp back in his day.” 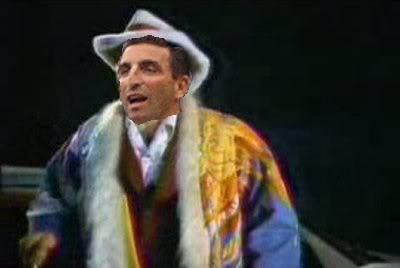 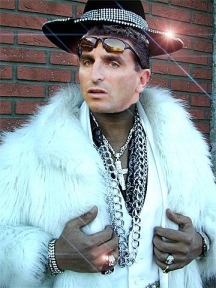 Instead of attempting to understand the context in which Hudson was making the remark, JP opened the season with Lawrence at 2B.  To put it plainly, the diminutive second baseman struggled.  Over 55 games he hit a dismal .180 and got on base at a miserable 26% clip.  Put it all together for an OPS of .508. Yikes!

It was June 19, 2002 when Joe Lawrence hit his first MLB HR.  It was at Dodger Stadium in Los Angeles in the 2nd inning with 1 out and nobody on. The pitcher who served it up? Dodgers’ rookie Kazuhisa Ishii, who never fully recovered from giving up that Lawrence paint-scraper home run.  He was out of the majors 3 years later with thoughts of Joey Lawrence haunting his days. 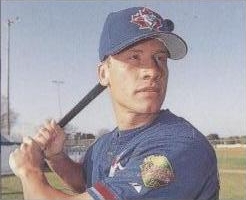 Why is this an epic game? Because it goes to show that in life, anything can happen despite the odds.  For a guy with a -30 rating in average and power on the 20-80 scouting scale, hitting one out is pretty amazing. You may be a talentless waste but you never know – if Joe Lawrence can run into a fastball and hit it out of Chavez Ravine, you have a good chance of achieving your dreams.

Released after 55 games, Milwaukee picked Lawrence up off waivers and dumped him in AAA Indianapolis where he hit .204 in 43 games before getting canned.  Lawrence’s whereabouts are unknown.

Oh, and what became of that hot shot 2B prospect Orlando Hudson? JP was forced to swallow his pride and call up the O-Dog in July of that season.  Hudson played like his hair was on fire and used his rookie campaign as a launch pad to a career that saw him win 4 Gold Gloves and receive two All Star selections so far, as he continues to stud it up today as one of the premier second basemen in the game.

Orlando Hudson’s stats after taking over from Joey Lawrence:

Not bad for a rook, huh? 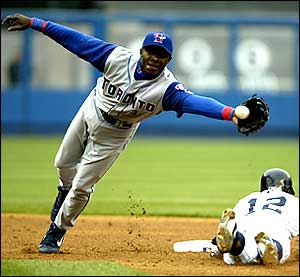