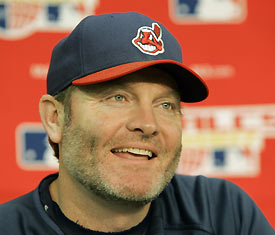 “I’m burning,” Wedge said. “I’ve got all the desire in the world to manage again.

“I took a year off to spend with my family, get refreshed physically, emotionally, everything else. I’m ready to dive back in head-first. And when I’m in, I’m all in.”

Wedge, 42, already has interviewed with the Cubs, Blue Jays and Pirates. He also figures to be a candidate for the Brewers, Mariners and possibly the Mets.

Wedge was 561-573 with the Indians, winning 96 games in 2007 and leading the team to the American League Championship Series.

But from there, things deteriorated.

Then, after another poor April, they traded lefty Cliff Lee, catcher Victor Martinez, right-hander Carl Pavano and others in the middle of ’09.

Wedge had a year left on his contract, but general manager Mark Shapiro reluctantly fired him after that season, accepting part of the blame for the team’s 65-97 finish. The Indians were not much better last season, their first under Manny Acta, finishing 69-93.

Now, Wedge seems likely to get another shot.

“My passion is unwavering,” Wedge said. “I’m ready to go.”

Everything I know about Wedge I like.  He is quite possibly exactly what this Blue Jays team needs in a manager.  Not long ago, 4 members of Toronto’s starting pitching staff were asked what they were looking for in a new manager.  Shaun Marcum was quick to answer that the Jays need a manager who “will do whatever it takes to win” and “not be afraid to get on guys.”

Like Cito Gaston,  Wedge is known as a player’s manager.   Unlike Cito, Wedge has a reputation of “getting on guys.” Eric Wedge is known as a very intense competitor as well as an effective motivator and clear communicator.  He is committed to doing things the right way and expects accountability from his players. 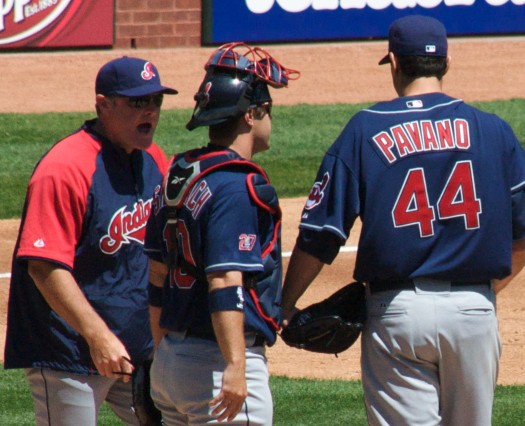 Indians CF and former All-Star Grady Sizemore had this to say about Wedge:

“Eric had all the qualities you want,” Sizemore said. “You don’t want to lose a man like Eric. He’s respected by his peers, his players, everybody in the game.”

“He’s the type of guy who has our back.  He always has for us. He has never thrown any of us under the bus. I have nothing but respect for him.”

That being said, Wedge may be too much for “soft” Toronto players who had a near-mutiny only a year ago for ultra-cool “player’s manager” Cito Gaston.  Star pitcher and former Cleveland ace CC Sabathia thought that Wedge was impossible to please.  Sabathia would know, having had Wedge as a manager both in the minor and major leagues.

“He always seemed to find something wrong with what I did, so it made me a lot tougher in not being satisfied and making sure that I was working hard and trying to get better every day.”

It is possible that the year off from the game has afforded Wedge the opportunity for reflection and he has refined some of his sharper edges in preparation for his next managerial gig. 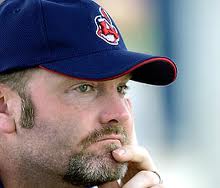 One time during Spring Training, current Blue Jays broadcaster Pat Tabler paid a visit to the Indians’ camp.  Upon arriving, Tabler took the opportunity to listen in on Eric Wedge addressing all of his players on the field.  Tabler said that Wedge was such a remarkable orator and so persuasive in his speech that he wanted to put on a jersey himself and “go get ’em” with the rest of the Indians squad.

From all reports, Wedge’s in-game strategy, personnel management and bullpen use has been sound.  He’s just been a victim of bad luck in Cleveland.  For a team that needs a manager to motivate the players to do “anything to win,”  Wedge is their man. 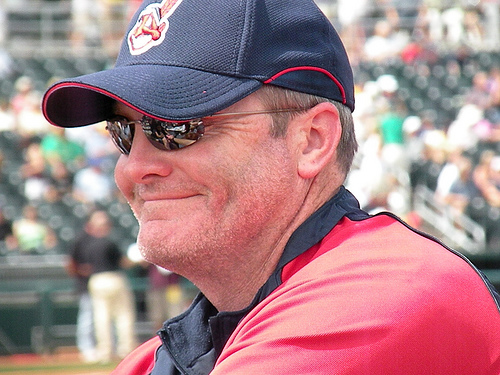