After varying degrees of success in the American League East, five ex-Jays are excelling in the National League. 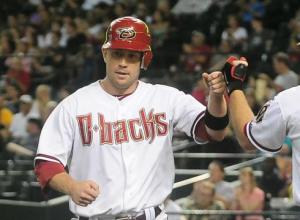 Aaron made headlines after hitting for the cycle: 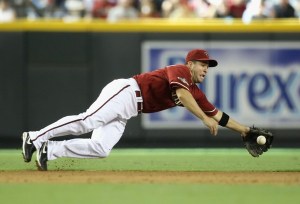 For a minute let’s pretend sample sizes don’t exist. Cool? Ok, this season McDonald has a higher SLG and OPS than Albert Pujols. And McDonald has only 1 fewer IBB. John McDonald for an NL silver slugger! 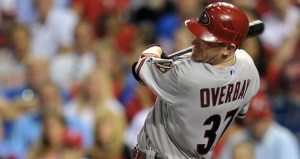 Overbay has found a home in Arizona, acting as back-up 1st baseman to Paul Goldschmidt. Lyle is also the Diamondbacks primary LHB off the bench, making 13 pinch hit appearances this season. He’s one of the few Diamondback players with a higher OPS on the road than at home. 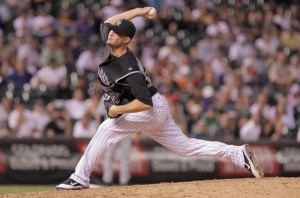 The MLB leader in relief IP, Josh has found a home and an opportunity in Colorado. Plus/Minus for his season:

Minus: He’s struggled with command and has allowed nearly 24% linedrives.

Plus: Able to pitch multiple innings per appearance, he still throws hard (92.4 MPH avg on his FB), has kept the ball in the park with a low 0.43 HR/9 rate and has opposing batters hitting into nearly 55% GB. 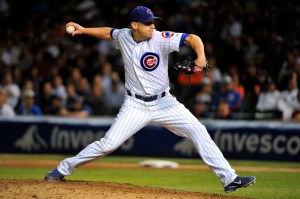 He’s a strikeout machine! Ok, not really, but compared to last season he’s like Clayton Kershaw.

Mini Scouting Report: Camp has embraced his slider this season, throwing it over 40% of the time. This has resulted in a diminished ground ball rate (only 42.5% vs his career rate of 54+%), which has been offset by the additional strikeouts. His 2012 FIP is near a career low at 3.35. Camp still brings his fastball at only 87 MPH, but the change in pitching philosophy, along with moving into the NL Central has helped Camp’s bottom line.

Question/Scenario: It’s late July and the Jays are contention for a Wild Card. Would you be interested in bringing any of these players back to Toronto via trade?