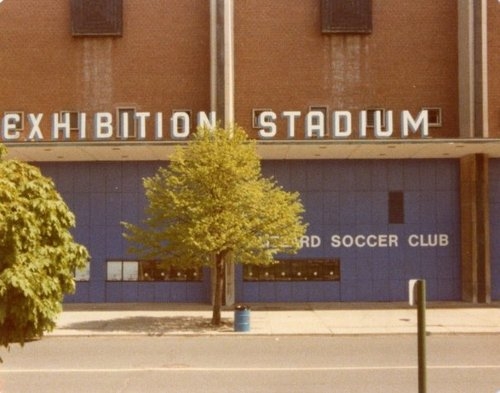 For those of you who may not remember, the Toronto Blue Jays didn’t always play out of the “Rogers Centre.” Long before that they played in a converted football stadium known as Exhibition Stadium.  The Ex was on the site of the Canadian National Exhibition (CNE) right on Toronto’s lakeshore. The Jays played there from 1977-1989. 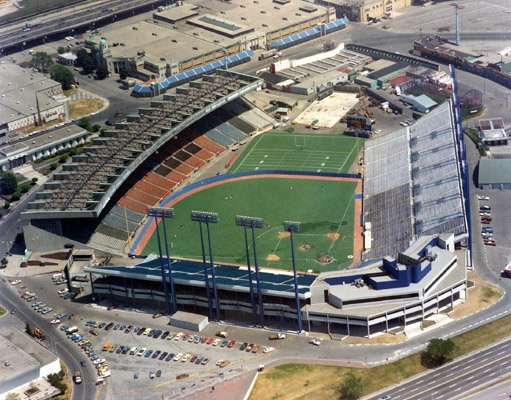 Exhibition Stadium was problematic for hosting baseball. Like most multi-purpose stadiums, the outfield seats were far from the field. This was magnified by the fact that Canadian football fields are 30 yards longer, and considerably wider, than American football fields. Combined with the vaguely horseshoe-shape of the stadium, this resulted in many of the seats down the right field line and in the bleachers in right-centre being extremely far from the infield; they actually faced each other rather than the action. In fact, some seats were as far as 820 feet from home plate — the farthest such distance of any stadium ever used as a principal home field in the majors. 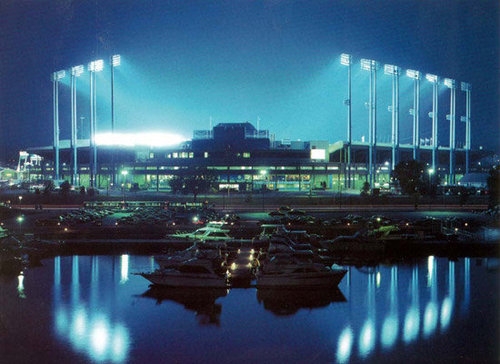 Relatively close to Lake Ontario, the stadium was often quite cold at the beginning and end of the season. The first Blue Jays game played there on April 7, 1977 was the only major league game ever played with the field covered entirely by snow.

One interesting note about Exhibition Stadium is that  it was the only baseball stadium ever built with a roof over the bleachers but none over the grandstand.  It might be one of the worst ballparks ever used for baseball.  Anyway, I toiled away learning how to edit video and convert files from VHS to DVD to put together this memoir of Exhibition Stadium:

That familiar voice you hear is none other than that of Tom Cheek. 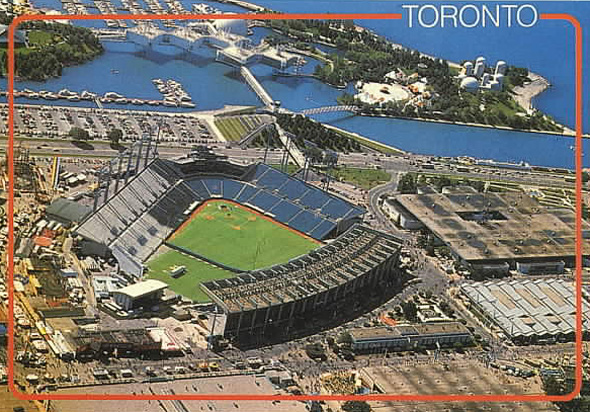 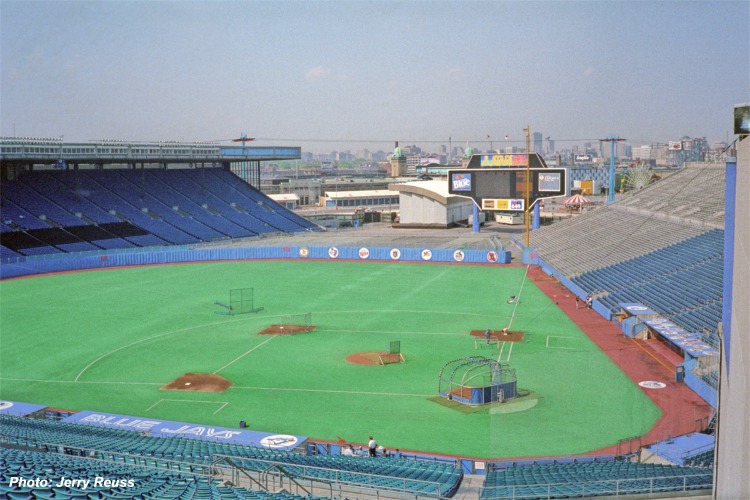 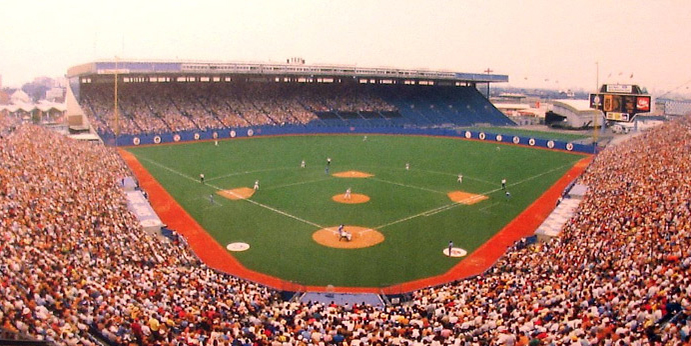