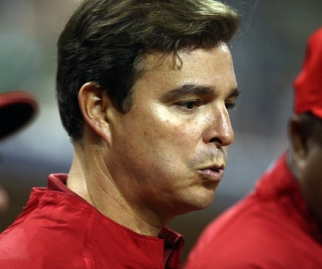 Antonio Castro, Vice President of the Cuban Baseball Federation and son of Fidel Castro, has made a proposal to allow Cuban baseball players to play in professional leagues in other countries. 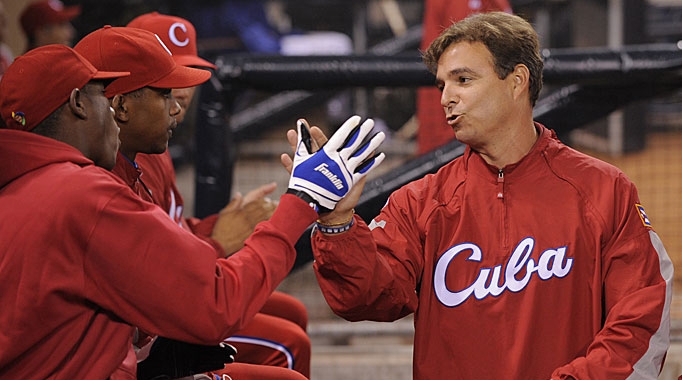 According to his proposal, Cuban players would be allowed to keep 60% of their earnings while the Cuban government would garnish a 40% cut.

After receiving consensus amond the members of the Cuban Baseball Federation, Castro brought his proposal to President Raul Castro and his father Fidel.  No word yet on how it was received by the 2 Castro brothers.

In other news, Cuban baseball superstar Frederich Cepeda was left off the Sancti Spiritus roster for the upcoming 50th Cuban National Series.  Cepeda is one of the best players in Cuban baseball, so it has raised more than a few eyebrows that he has been excluded from the roster.

In an interview with the Associated Press, Cepeda said that he did not commit any misconduct and he was not aware that he was being punished.   Cepeda, a 30 year old switch-hitter, batted .500 and hit three homers in the second  iteration of the World Baseball Classic in 2009.  He received praise from former President Fidel Castro, who wrote then, “we have a model in our team: the incredible Cepeda.  Great serenity and security, to whom I pay tribute in this discussion, for his prowess. ”

Usually in these types of situations it is because a player has attempted to defect and has been caught.  Cepeda says that this is not the case, “I would never betray my country.”  But really, what else is he going to say?

A home run by Frederich Cepeda in the World Baseball Classic.  The Esquina Caliente goes wild!

After meeting with the head of Cuban baseball, Higinio Velez, Cepeda has been reinstated and added to the Sancti Spiritus roster.  There has been a public outcry when they news broke of Cepeda’s exclusion and it appears that Velez has given in to the public pressure.  Apparently it is because Cepeda returned to a hotel late when playing in an international tournament and Velez wanted to exercise his control.