25+ members of the 2010/2011 Toronto Blue Jays are scattered throughout the major and minor leagues. How are Hill & McDonald holding up? Is Vernon turning things around? Is Brett Wallace set to return from AAA? These questions answered, plus 20 additional updates. 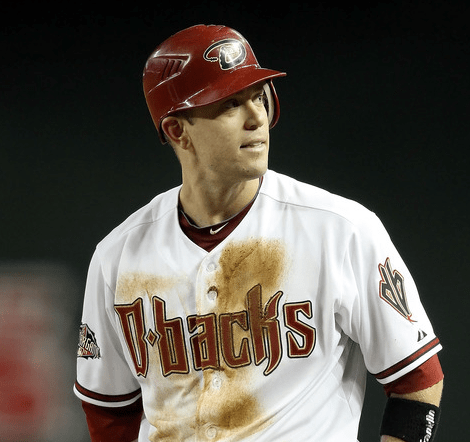 Note: This is the second update in the series. For additional background (how the players left Toronto, etc) you can check out:

As Toronto fans know, Octavio upped his game after a rough start to the 2011 season and is now pitching like a stud, using a FB/Slider combo. His June/July Toronto success has carried over to the NL. With the Cards, Dotel has struck out 16 vs 3 BB in 12.1 IP, holding opponents to a .205 BA. Will his option be picked up at the end of the season? 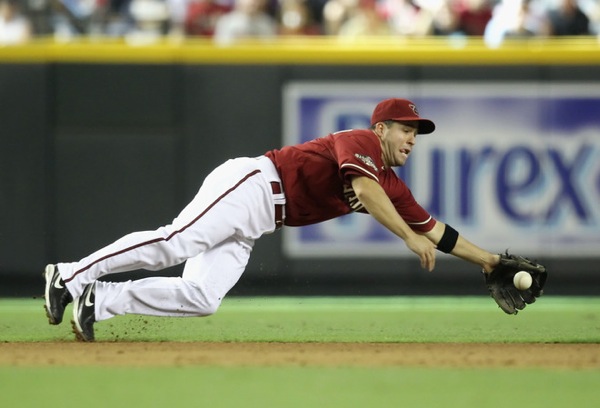 Manager Kirk Gibson: “”I’ll try to keep them as fresh as I can. It will be split up… It’s not like one guy is going to play out there all the time.

Recently released, Trever signed with the Red Sox a few days ago. He’s currently in AAA Pawutuket biding his time. According to the Providence Journal, Miller is slated to become the 2nd lefty out of the Sox pen once rosters are expanded.

Corey has been used primarily as a defensive replacement, as the Cards outfield is crowded with mainstays Berkman in RF, Holliday in LF and an Allen Craig/Jon Jay rotation in CF

As Toronto fans know, Purcey is a walk machine. He hid this fact in Oakland, walking only 3 in 12.2 IP. The A’s had the foresight to sell high, swapping out David for Scott Sizemore (DET). Since arriving in the motor city, David has 20 BB in 18.2 IP. This resulted in a  July demotion. Since that time he’s walked 5 in 10.1 IP in AAA Toledo. On his way back to Detroit for September, although he’ll have to earn his way into meaningful situations.

Beat-up by the Jays on Aug 31st, Reyes has allowed 4 or more ER in 3 of his 5 starts in an Orioles uniform. He’s already allowed 7 HR for BAL and for the entire 2011 season opponents are batting over .300 vs Jo-Jo. Reyes can dial it up when need be and I’m surprised the Orioles haven’t given him a shot as a 6th/7th inning type arm. 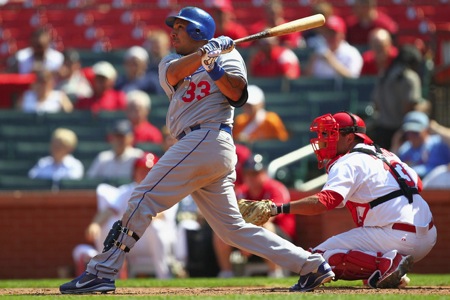 Called up to Colorado on August 7th, Josh has rolled of 10 consecutive scoreless appearances. In 9.1 IP he’s allowed only 5 hits, struck out 8 and issued 4 free passes. Roenicke has always been a ‘potential’ type guy, it will be interesting to see how he holds up over the rest of the season. With the Rockies bullpen in a state of flux, Josh could go from afterthought to near set-up man come 2012. 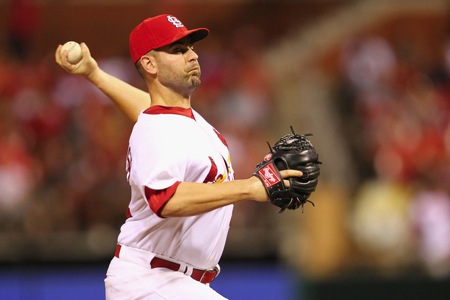 Zack began his CHI run in the pen but has since transitioned into the rotation. For the season he has a 54% GB ratio and a decent SIERA and xFIP saber ERA. The issue for Zack has been the long ball (1.22 per 9), lower K rate (5.89 per 9) and astronomical BABIP (.363). His avg FB has been only 90.9 MPH. The jury is out on Stewart until a larger sample but right now the 25 year old is looking like a 4th – 5th starter

Living the life in Norfolk. After a rough stint in Baltimore, Jeremy is now eating up innings in AAA. In a set-up role Jeremy has produced solid AAA numbers, allowing only 23 hits in 30 innings. A lock for a Sept call up. 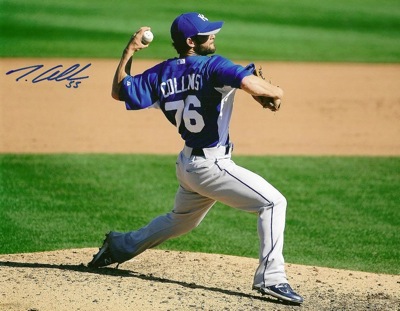 Tim has pitched in 60 games this season, an astronomical total for such a young arm (turned just 22 on Aug 21st). Positives include opponents .215 BA (.211 LHB, .219 RHB), zero blown saves and 9 holds. The big negative has been the walk, with 43 free passes in 58.2 IP. If he’s able to sort out his control he should become a dominate arm. An interested stat – Over 77 plate appearances with RISP he’s held opponents to .395 OPS

Anthopoulos appears to have sold at the top of the market. This season Gonzalez is having the worst offensive season of his career, posting a .597 OPS and striking out 111 times in just over 500 AB. His D remains above average but he’s hitting like a pitcher with a bit of power (12 long balls)

On again, off again closer, Gregg is back in the saddle heading into September. For the season he’s converted 19 of 25 save opps, with a 1.63 WHIP. Will he be in the bigs in two years?

Given a chance to fill the hole in LF for the Reds following the Gomes trade and Heisey , Lewis has failed to impress and is back to being a 4th, perhaps even 5th outfielder with the rise of almost Jay Yonder Alonso/. Fred has posted a .321 OBP, although he hasn’t been all that ‘fast’ on the base paths, going only 2 for 7 in stolen base attempts. 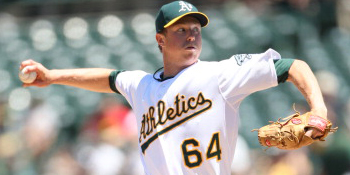 After a  showing in AAA (over a K per inning), Trystan has been called up to OAK three separate times this season. He hasn’t found success at the big league level, posting a 6.14 ERA. Magnuson landed on the DL on August 16th with shoulder inflammation. He was shifted over to the 60 day DL on August 24th, in more of a roster move (to make room on the 40 man roster) than due to the severity of his injury. He’ll battle for a roster spot in 2012.

The Brewers have been very careful with Shaun, stretching out his rest to 6 – 8 days on numerous occasions. For the season he’s started 28 games and thrown 169.1 IP, putting him on pace for right around 200 IP. He’s been productive, holding opponents to a .225 batting average with nearly a 3-1 K/BB ratio. His ultimate value (and the short-term return re: Lawrie deal) will be determined in the playoffs.

Lyle wore out his welcome in Pittsburgh and was released in early August. He’s since caught on in Arizona and is part of a 1st base rotation. For the 2011 season, Lyle has hit 8 HR in 373 AB, posting a sub .300 OBP. Nearing the end of the line. 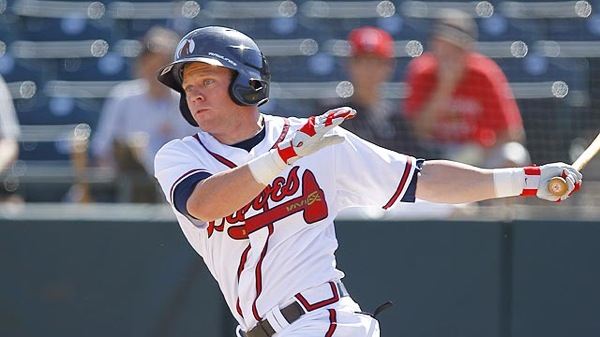 The Braves have aggressively promoted Tyler through the system. Born in December 1989, the 21 year old is already in AAA. And in 27 AAA games, he’s tearing things up. Hitting .365, he’s also swiped 7 bags and has a respectable 8 BB vs 11 K ratio. He’s been playing SS but has been an error machine, with a combined 26 errors, a low .942 fielding percentage and a 3.60 range factor between AA amp; AAA (norm is 4.20+).

Continues to frustrate fans, this time in Chicago. Toolsy outfielder with questionable make-up, Rios is having his second poor season in three years. After a combined .691 OPS in 2009 (including a .296 OBP), Rios bounced back in 2010 to have a productive season. In 2011 he’s taken a step back, falling to career lows in all three triple slash categories (.220/.256/.322), including only 8 HR. The Sox are losing patience, with fans calling for Cuban OF Dayan Viciedo to take over in the OF. On August 30th, Rios struck out looking in the 6th. He proceeded to have a hissy fit in the dugout afterwards. Manger Ozzie Guillen gives one of the seasons best quotes:

‘‘He swung the bat pretty good in the dugout… He swung better than at the plate. He was connecting very hard.’’

This ‘Clutch’ play by Rios is a summation of his season

In this quote from August 30th, Rios slyly blames his troubles on his off-season prep:

After a hot start to the 2011 season, Brett faltered and was subsequently sent down to AAA. His monthly MLB OPS are as follows

Vernon’s had a tough time in the 2nd half. While he dramatically cut down on his K rate (only 17 in 148 2nd half AB), he’s hitting only .203 since the all-star breakFor the season Vernon has 18 HR, a .250 OBP and a .640 OPS and is a complete bust. Vernon joins Angels OF greats such as Gary Matthews Jr. in the sunk cost HOF.