Frasor ‘Closing’ in on Type A Status 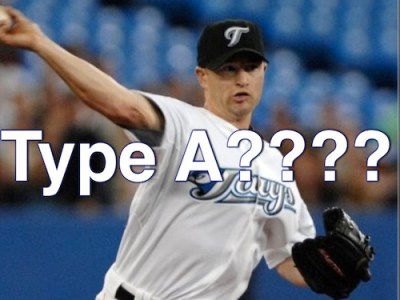 Cito names Frasor the closer, most likely with a little nudge from AA.

I’ve beaten this point to death, I know (this is the last time I’ll write about this utnil a deal is imminent, I promise:)). Having Jason Frasor close makes sense from a pure compensation perspective.

Last off-season Rafael Betancourt was a Type A Free Agent. Comparing Betancourt vs Downs over the past three seasons (IP, ERA, Saves).

While Betancourt has the advantage in IP, Downs has more saves and better ERA consistency. It’s possible for Downs to parlay a good season in a set-up role into Type A status.

Frasor’s three year stats aren’t as consistent as Betancourt or Downs. If Frasor can save 25+ he should be able to back door his way into Type A free agency based upon a great 2009 and a save filled 2010. 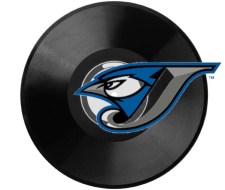 Inside the cover of the April 5th ESPN the Magazine Baseball Preview a combined ESPN and ZIPS model has the Jays finishing dead last with a paltry 63 wins. This would place them a full 11 games behind the Orioles.

A recent Pecota model has the Jays winning 72 games (Baltimore 78).

Our un-offical roundtable consisting of over 10 Jays bloggers and sports writers came to an average of 75 wins.

It’s obvious that the media and bloggers have lowered expectations but what about the average fan going out to the Rogers Centre? Are they expecting anything above 75 wins?

I thought this was pretty cool. The MLB.com fantasy preview includes mock 1987 Topps Cards. Click on team and then the Jays logo atop the bar. A total of 27 players have been ‘carded’. 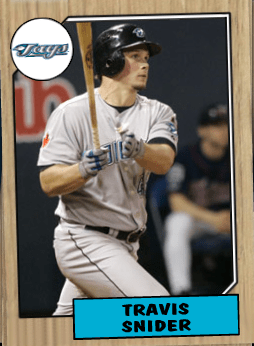