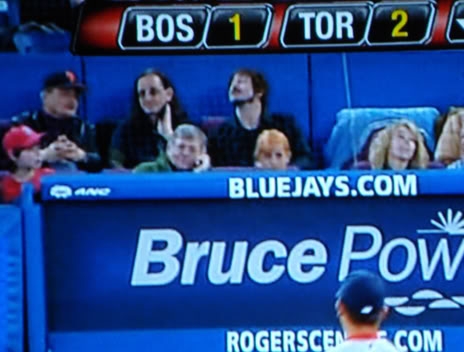 Many Jays fans have noticed that Rush bassist and lead singer Geddy Lee is a big fan of baseball and the team.  He is often spotted behind homeplate at Toronto home games.  There was one simpatico interaction between then-catcher Gregg Zaun and Lee a couple of years ago vs. the Oakland Athletics.

Gregg Zaun was sufficiently psyched when he learned that Rush bassist/vocalist Geddy Lee was in attendance.

Zaun, whose first plate appearance each home game is accompanied by the Rush tune Limelight, asked the stadium audio crew to play Limelight for all of his plate appearances that night as a tribute to Lee.

“I was watching him as I walked to the plate to see if he noticed but he was talking to someone the first time up,” Zaun said. “The second time, though, he stood up and applauded. That was so cool.”

It got even cooler when Zaun took Athletics pitcher Kirk Saarloos deep for a home run and pointed directly at Lee as he crossed the plate. Lee pointed right back, which made Zaun’s day. 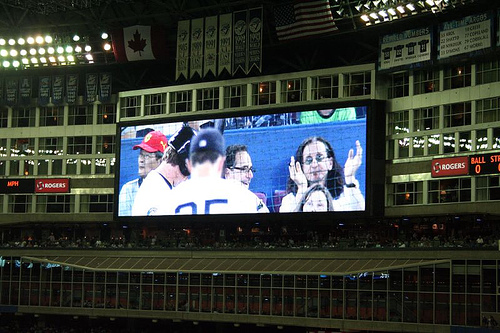 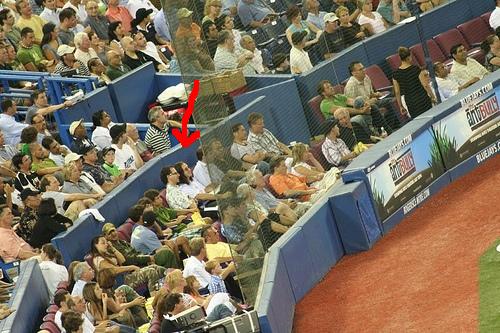 What Jays fans may not know is that Geddy Lee’s history of fraternizing with Jays players has a long history.  Case in point:  the picture below displays Geddy Lee jamming with Blue Jays pitcher Dave Stieb and his wife. 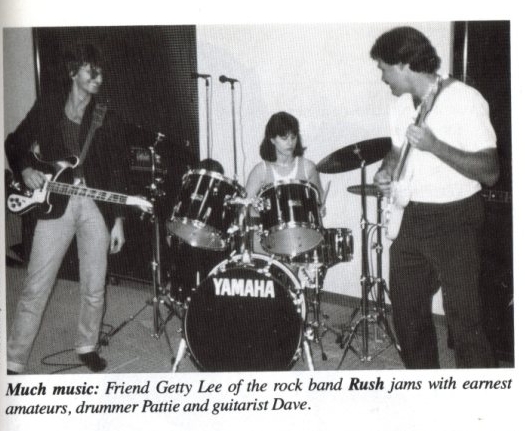 I may not like Geddy Lee’s high pitched squeal, but this development definitely draws the band Rush “Closer to the Heart.” Zing! 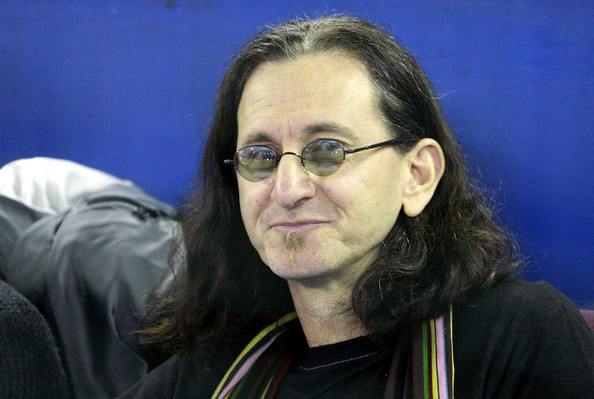